This is a dream home in an hotelier environment. the W Hotel New York Downtown will take up the first twenty-two floors, the upper levels have been split into furnished residences (Floors 23-30) and customized residences (Floors 33-56). Interior design exceed expectations, even by W standards with sleek and functional kitchen built-ins to a translucent wall from the bedroom to a ‘peek-a-boo loo.’ And not too far away, a bit further uptown in the heart of Tribeca, Five Franklin Place is destined be the epitome of luxury residences. The 20-storey building will contain 55 one-, two-, three- and four-bedroom units that will be set up as duplex lofts on the lower floors; single-level city residents above; and three triplex penthouses each with a rooftop terrace and serviced by private internal elevators. The building itself, designed by Dutch architect Ben van Berkell of UNStudio, will be wrapped in a series of horizontal black metallic bands – each of which ungulates as it curves around and hugs the frame of the structure. The façade is apparently a direct tribute to the original 19th century built form of cast iron that shaped lower Manhattan – and the metallic surface will reflect light while highlighting the magnificence of the neighboring buildings. The building’s façade is not merely aesthetic, as the bands will also create shading from the daylight, deflect heat and guarantee every residence will have the highest degree of privacy in its surroundings while simultaneously framing unparalleled views out across Manhattan.

The Loft Residences on the lower levels each have a double height living area that maximizes light entering the space. The height of the great room continues on through a gallery where a white lacquered library wall ascends up into the second level. The upper-tiered City Residences feature integrated terraces off the main living areas, and all units are custom-fitted with B&B Italia kitchens and built-ins throughout. The master bathrooms feature a circular sliding wall that allows the bath to become part of the bedroom, thereby allowing both spaces to share the spectacular city views. 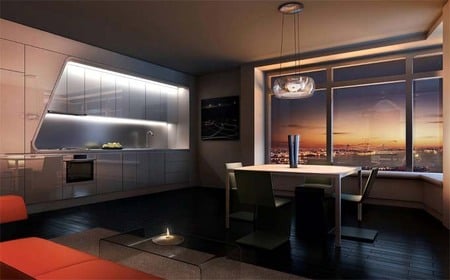 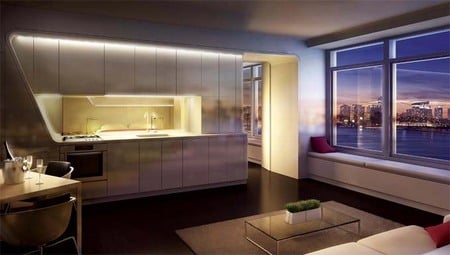 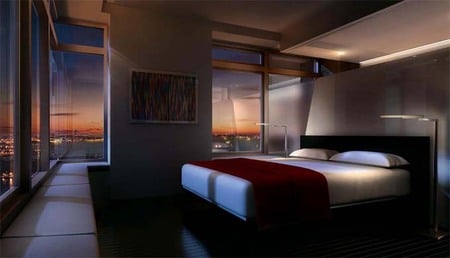 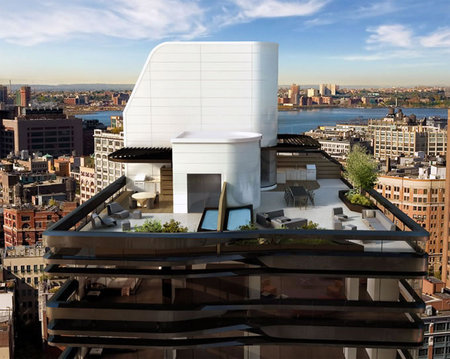 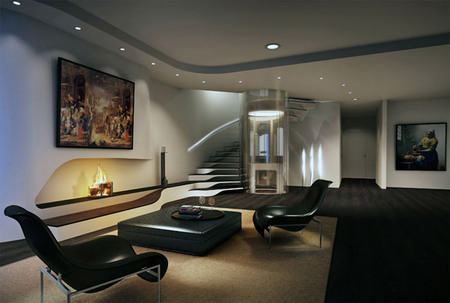 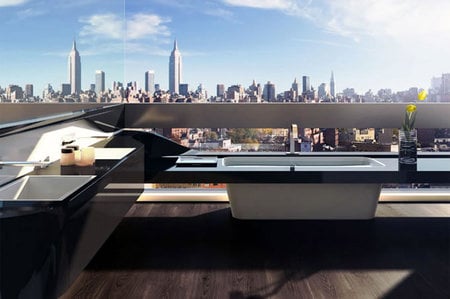 This is an architectural extravaganza. This is for all those who think millions is a synonym for penny.