Stephen Hung’s masterpiece of a luxury hotel is slated to open later this summer. Enigmatically titled The 13 (after Mr. Hung’s lucky number), this Macau property will arguably be one of the most extravagant and luxurious hotels in the world with a cost of over US$7 million per room. Now, Louis XIII Holdings Limited has revealed the very first images of what the hotel will be like and even we were floored by the decadence of it all.

The all-villa hotel (villa is Macau-speak for large suite) will feature 200 rooms most of which will be in the Villa du Comte style with a gross floor area of approximately 2,000 square feet while 31 are to have a palatial 30,000 square feet for the Villa de Stephen.

The split level, one bedroom, Villa du Comte will feature a Private Elevator Lobby, Butler Service, a Roman Bath that can house 6-8 Stained-Glass, Marble Bathroom, a Royal Bedroom (complete with a king-size, velvet-canopied bed with an elaborately carved and gilded Baroque headboard) and Diamond Series Furniture. But hedonism is not reserved for the interior of the hotel, guests will also have access to transportation via Rolls Royce. In fact, The 13 will boast the largest fleet of bespoke Rolls Royce cars in the world. 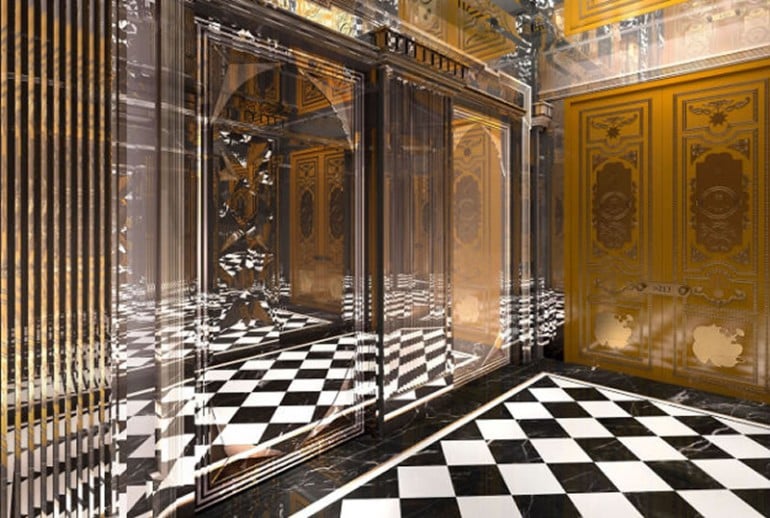 Elevators will open directly into a private lobby, so you won’t have any more awkward encounters on landings and in corridors. 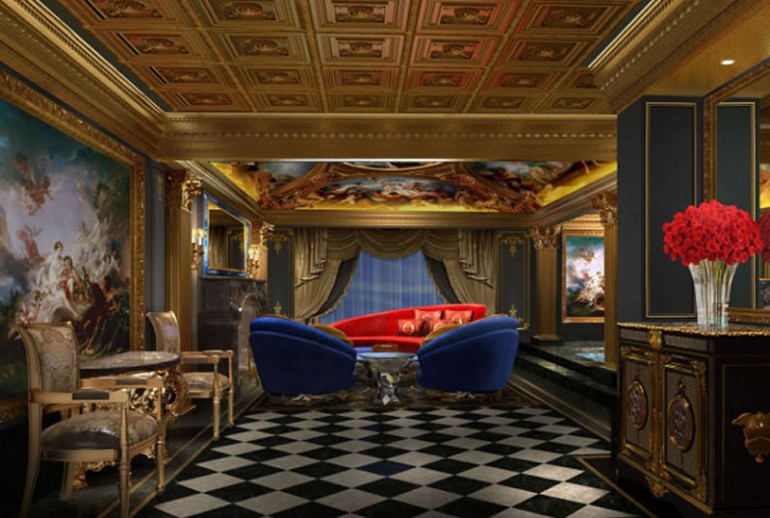 The first entrance, complete with baroque décor elements and artwork. 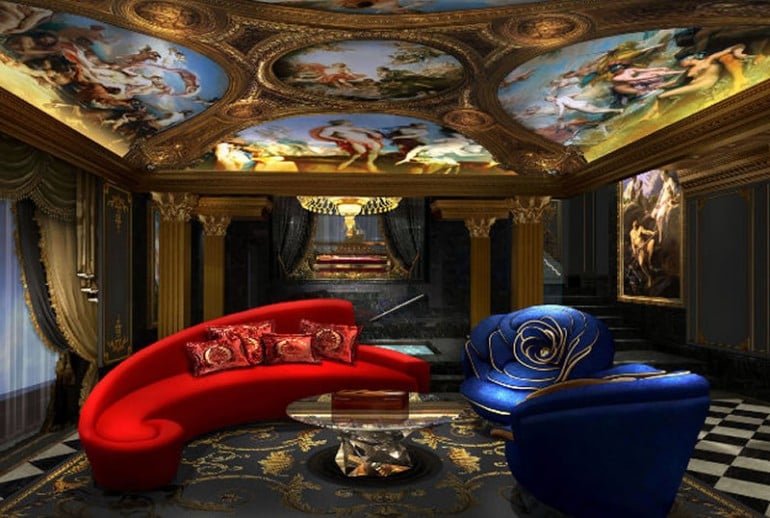 The living room, where the décor contrasts with modern Diamond series furniture. 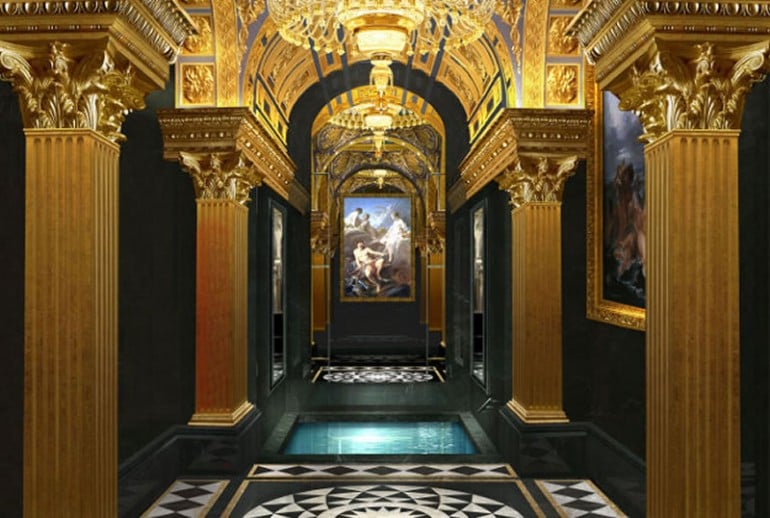 The ornate marble Roman Bath accommodates 6-8 people and lies under a vaulted baroque ceiling supported by neo-classical columns and lit by a spectacular crystal chandelier. When not in use, the Roman Bath is covered by a retractable marble floor. 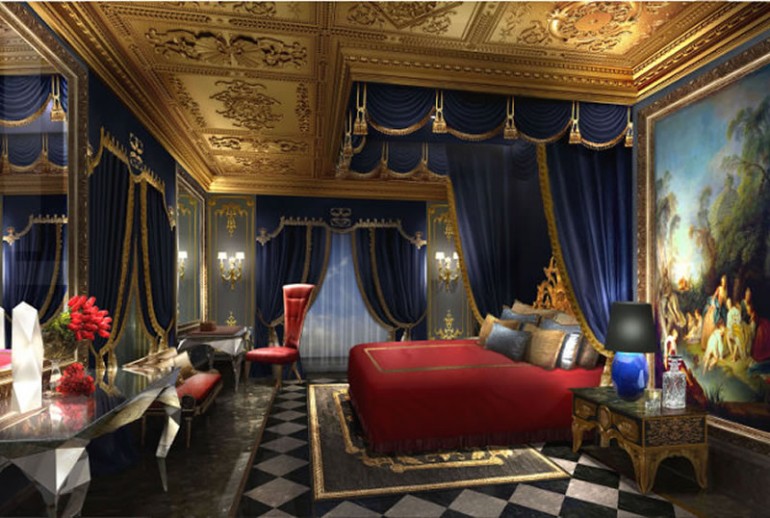 More opulence awaits in the bedroom where a velvet canopied bed with an elaborate gilded headboard takes center stage. 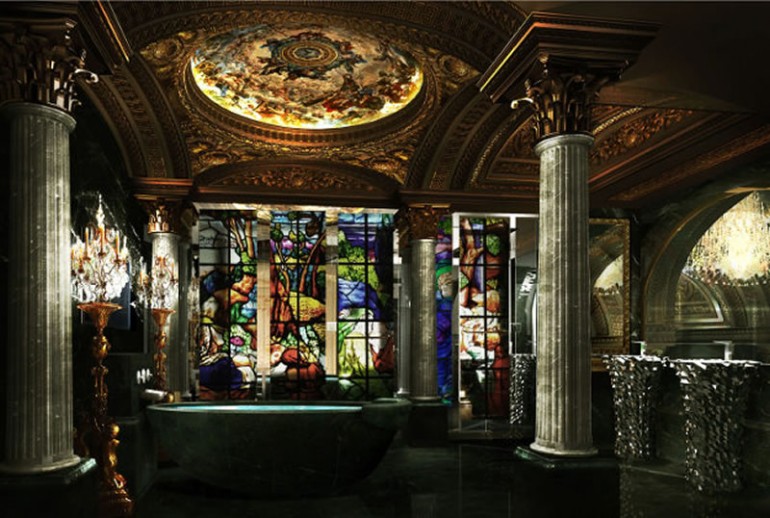 The Marble bathroom is illuminated by a standing candelabra which features a rain shower and electric bidet toilet behind the stained glass façade.


Thirty Extended Wheelbase Rolls Royce Phantoms will ensure that guests of the 13 travel in style.

Check out the video for a closer look at the memorable suite:

Tags from the story
Burj-Al-Arab, Macau