Construction began on the 444-room Four Seasons Hotel and Resort at the world-famous Walt Disney World Resort in Orlando, FL. The resort is a joint venture between Four Seasons Hotels and Resorts, Silverstein Properties, and Dune Real Estate Partners. The resort is scheduled to open in 2014 and will feature many dining options along with a 14,000 square foot spa, fitness center, three pools, and a “lazy river”; sports and recreational facilities; meeting and event space, plus a business center. “Travellers around the world know and trust Four Seasons, and Walt Disney World is the world’s premier family vacation destination,” said Meg Crofton, president of Walt Disney Parks and Resorts Operations US & France.

The resort will also take over and renovate the existing Tom Fazio-designed Osprey Ridge 18-hole championship golf course that will subsequently be managed by Four Seasons. This will be the first Four Seasons in Central Florida and with Universal Orlando set to become home to the Cabana Bay Beach Resort, this could not have been a perfect time for the resort to come up. 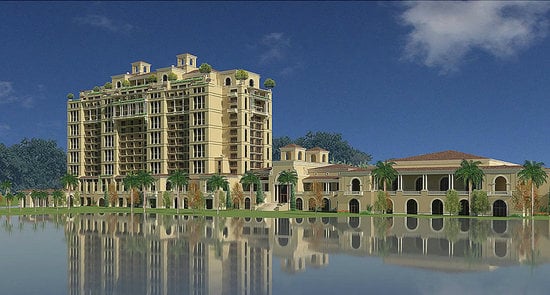 Tags from the story
Disney, Four-Seasons