The Kagem mine situated on the lands of Zambia is no ordinary one. And in proving so yet again, it has successfully unearthed what could easily be the largest emerald of its kind in the world: The 5,655 carats ‘Inkalamu’ emerald. The life-size emerald rock is titled to mean “lion” in the Zambian Bemba language, and named so in honor of the work carried out by two of Gemfields’ conservation partners, the Zambian Carnivore Program and the Niassa Carnivore Project in Mozambique. 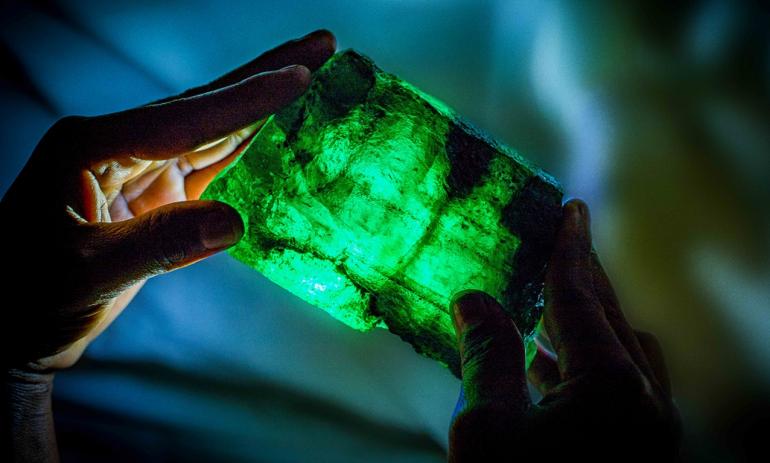 The Inkalamu was discovered in the eastern part of Kagem’s largest open-pit mine on October 2 and is touted as one of its best finds. Gemfields who owns 75% stake in the Kagem mines, said in a statement: “This area of the mine has proven to be particularly fertile in recent months with the Kagem team recovering several significant crystals there, but none with the combined size, color and clarity of this emerald.” Although the gem is reported to weigh a whopping 1.1. kilogram, it’s apparently difficult estimate its take-away price. Per Gemfields, “In contrast to the diamond industry, the price for exceptionally large emeralds like the Inkalamu is particularly difficult to predict.”

The Inkalamu emerald will be available for sale at the much-sought for Gemfields auction in Singapore in November 2018. The sale will only be open to 45 approved auction partners that have been pre-screened and chosen by the company for their shared values in responsible practices. Here’s hoping that the Inkalamu rests in the hands of the most-worthy buyer!

Tags from the story
Emerald