Elizabeth Taylor was quite the star of her time. Though the actress had married nine times, the most fitting has been considered to be her affair with Richard Burton. The BBC is doing a biopic based on this love story and will be airing the 1983 stage production of Noel Coward’s play ‘Private Lives. Playing the part of the raven-haired actress is Helena Bonham Carter and Dominic West, Richard Burton’s.

In the film, the producers have loaned exquisite Cartier jewelry, which best reflects Taylor’s taste in haute joaillerie; for the actress was one among the brand’s loyal customers. Bonham-Carter wears in the film a pink gold Cartier bracelet, set with four diamonds like the one Taylor owned. 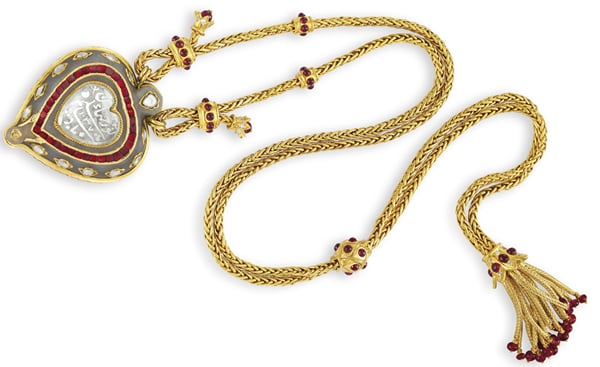 Also among the list of loaned exquisites is the heart-shaped Taj Mahal Diamond, dating from 1627-1628, which was formerly owned by Mumtaz-I-Mahal, wife of Indian Emperor Shah Jahan. Burton had gifted this legendary piece to Elizabeth on her 40th birthday, for which the actress got made from Cartier a gold and ruby chain. 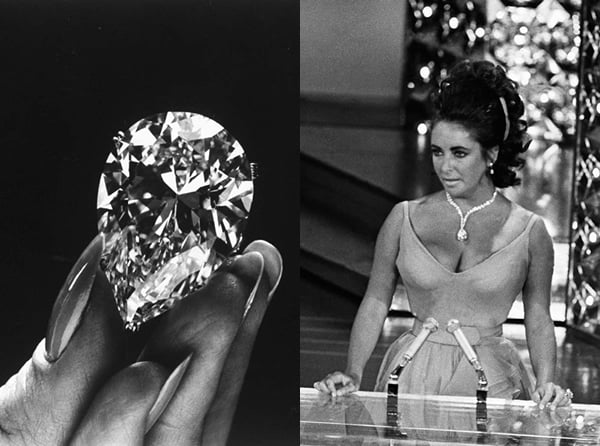 Burton had also purchased Liz Taylor a 69.42ct diamond, the 12th largest diamond in the world, which Cartier bought at an auction in October 1969. This too was bought by Burton and presented to Liz, who refashioned the exquisite stone into a necklace, and wore it to the 42nd Academy Awards in 1970, where the neckpiece clearly stole the show. 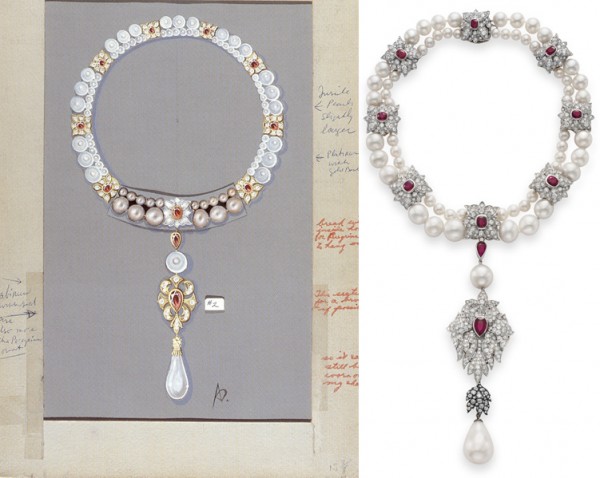 Another spellbinding jewelry set from Elizabeth’s Cartier collection is the La Peregrina necklace, set with an antique pear-shaped La Peragrina pearl. Burton bought this historic pearl and presented it to Taylor as a Valentine’s Day gift in 1969. Taylor habitually took this to her favorite jeweler, worked closely with them, and created a bespoke Renaissance-style necklace. The sketches and design notes to this necklace (written in red ink) by Taylor remain in Cartier’s archives. 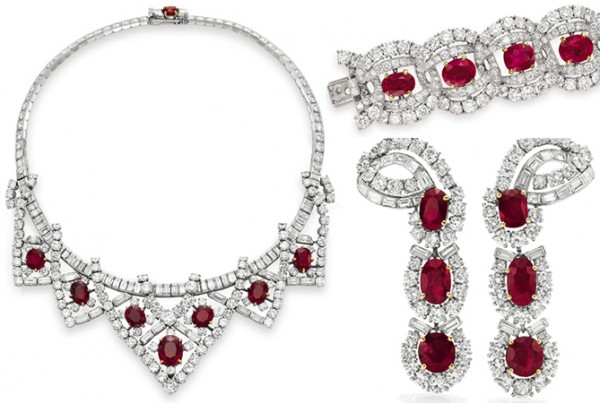 In December 2011, Christie’s New York auctioned 80 pieces of Taylor’s Cartier jewelry collection and among these was a suite of ruby and diamond jewelry, inclusive of an earring, bracelet, and necklace, which sold for a combined total of $5.5 million.