After writing about a small product like a business card holder from the Ferrari (online) store yesterday, I was more than surprised to know that the Italian brand is all set to storm the world with 40 more outlets! The recent opening of a new Ferrari Store at El Prat International airport, Spain, is just the start. Ferrari said it is kicking off an “ambitious development plan” and foresees more than 40 openings of new retail outlets for the Prancing Horse brand in the next five years in Europe, North America, Asia, and the Middle East. All this is not only for rolling in more mollah but also to cater to all the Ferrari fans who can indulge in other-then-car stuff. The stores will please everyone from Formula 1 enthusiasts to children who want a Ferrari T-shirt. The brand estimates that it has a retail “turnover of more than 25 million euros ($35.4 million).

Ferrari said it will open a new store in Abu Dhabi in November, followed by a store in Moscow “by the end of the year.” Other stores will follow in 2008 in Singapore, Macao and Honolulu. Ferrari stores got their foothold in the marque’s home market in such spots as Maranello and Rome. 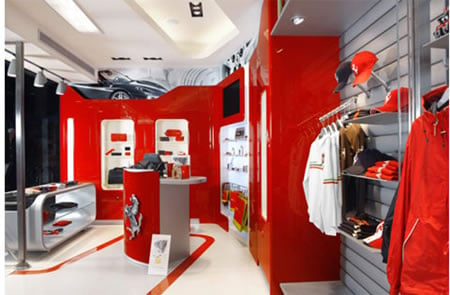 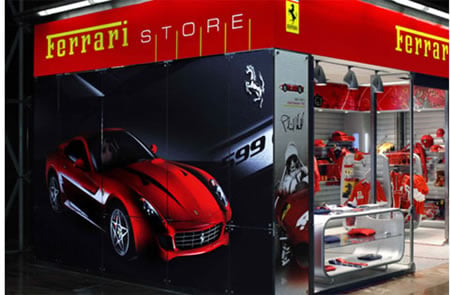