Over the years, experts have evacuated several bizarre gems from beneath the earth’s surface. However, in a first of its kind, a group of miners in Russia have found what could be the world’s first diamond within a diamond. For those confused, the rare gem happens to a singular rock of diamond featuring another one inside of it. 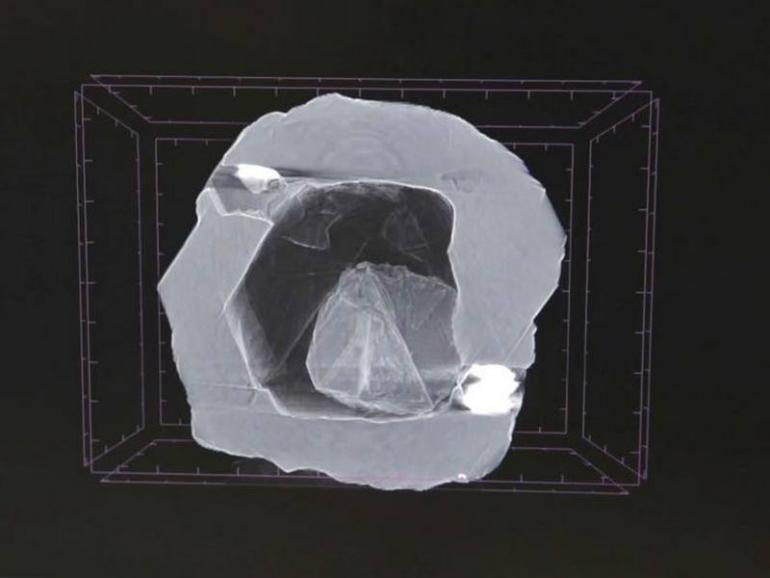 Dubbed as the ‘Matryoshka’ after the Russian Nesting doll structure, the mesmerizing gem measures 4.8 x 4.9 x 2.8 mm and has an internal cavity of approximately 6 cubic millimeters wherein another diamond measuring 1.9 × 2.1 ×0.6 mm sits. While the bigger rock weighs at just .62 carats, while the internal diamond is all of .02 carats and rotates freely inside the cavity. The exotic stone was unearthed at diamond-mining company Alrosa’s site in Yakutia and is believed to be a historical discovery of sorts.

Commenting on the finding, Oleg Kovalchuk, Alrosa’s deputy director for innovations at the company’s research and development geological enterprise said, “The most interesting thing for us was to find out how the air space between the inner and outer diamonds was formed,” He further added, “This is really a unique creation of nature, especially since nature does not like emptiness. Usually, some minerals are replaced by others without cavity formation.” The Matryoshka diamond will be sent to the Gemological Institute of America for further testing before its final worth can be revealed. Regardless though, this one’s a winner!

Tags from the story
Diamonds, Russia