The charity auction of jewels owned by the Brazilian-born billionaire Lily Safra was indeed a delight to the senses, with several unique jewelry pieces under the hammer. A spectacular ruby and diamond ring made by Chaumet happened to fetch a whopping 6.2 million francs ($6.6 million), as against the estimate of 2.8 – 4.6 million francs, a price which was a record for a ruby sold at an auction. The cushion-shaped red stone of this most expensive ruby ring weighed in at 32.08 carats.

READ:  This Death Star engagement ring is the merch that Star Wars superfans have been waiting for 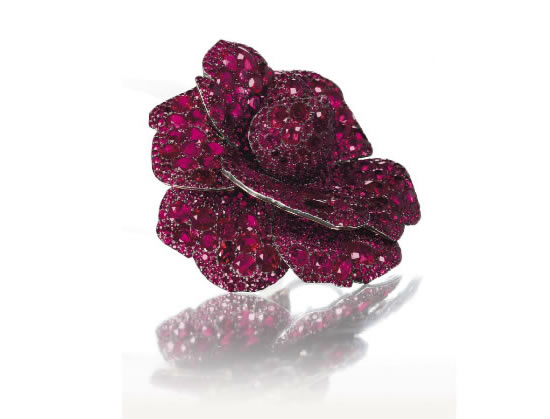 [Christies – Ring and Brooch via Bloomberg]