Audi India on Thursday launched the new generation TT sportscar in New Delhi at INR 60.34 lakhs, ex-Showroom, New Delhi. The third generation Audi TT is based on the new VW MQB architecture in which engineers have saved over 50 kg of weight, despite lengthening the wheelbase by 37 mm. The new model will be available in India exclusively in the Coupe bodystyle. “This is the first of the five launches that we have planned in the next five months. Despite economic downturn last year, we have grown,” said Audi India head Joe King. “Re-engineered for more power, the all-new Audi TT Coupe blends dynamic aesthetics with innovative technology and inspired performance.” 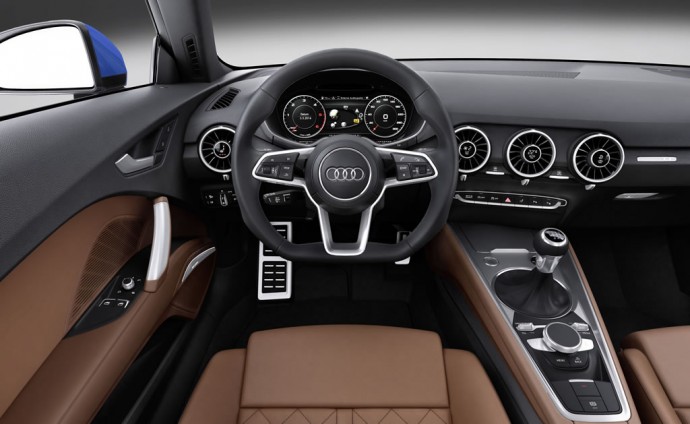 The new generation TT is powered by a 2.0-litre turbocharged four-pot engine that develops 230PS of power and 350Nm of torque. The TT uses a complex Quattro four-wheel drive system that sends power via a six-speed dual clutch automatic gearbox to all four wheels. It can do the 0-100kmph sprint in 5.3 seconds and boasts of a top speed of 250kmph. “Both our product launches of 2015 — the limited edition Audi R8 LMX and the all-new Audi TT Coupe — have a strong sporty flair that highlights Audi’s heritage in sports cars and our leadership in this segment in India,” King added. The TT is imported as a CBU from Audi’s Hungarian plant.