Earlier this year when I got a chance to review the Volvo V90 Cross Country on the rain-drenched roads of Coorg, I came back with the opinion that it would be, without a doubt, my top pick if I had to choose a car from the Swedish automaker’s line-up. Beautifully designed exterior, near-perfect interior, impressive ride and handling for a car of its kind and desirable tech features – the V90 CC ticks all the right boxes. But the all-new XC60, which was unveiled by Volvo earlier this year, has forced me to rethink if the V90 CC is still my favorite. Volvo’s rival to the German trio of the Audi Q5, BMW X3 and Mercedes GLC, the XC60 is the their top-selling model across all markets; this makes it one of the most important products for Volvo. The XC60 is the first of the 60-series cars to adopt Volvo’s fresh design direction, which began with the XC90 as a part of the marque’s renaissance in 2015, and it was important for the designers to incorporate the changes without ruining the much loved appeal of the previous design. Recently, Volvo invited us to try out the second generation model and here’s what we think about it. 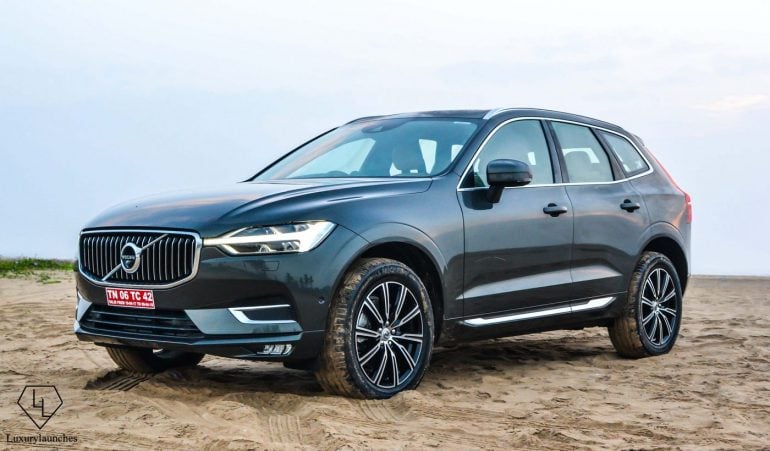 Design
If you mistake the new XC60 for its bigger sized sibling XC90, don’t think that you’re alone. One of the biggest reasons behind this unmissable resemblance is that the XC60, like the rest of the 60-series cars that’ll soon be launches, shares the same Scalable Product Architecture platform underpinning all the 90-branded Volvos. Meaning, the portion from the front till the dashboard is exactly the same. And the very similar looking headlight and tail lamp clusters further make it difficult to differentiate. But that’s not entirely a bad thing; in fact, the XC60 is a proper head-turner which looks like a beautiful amalgamation of all the good bits from the XC90 and the V90 CC. And thanks to the same engine and features as its range-topping brother, the XC60 is nothing but a slightly reduced XC90 with a more affordable price tag – but more on that later. The new XC60 is 44mm longer, 11mm wider and 14mm shorter than the outgoing model, which gives it a more athletic stance and better proportioned design than the previous generation as well as the XC90. I don’t think anyone will disagree with the fact that the revised model is one of the best looking compact SUVs on sale. All the design elements including the Thor’s hammer headlights, the muscular character line, the narrow and tapering greenhouse, and the elegantly sculpted front and back, all come together to give the XC60 a handsome exterior. 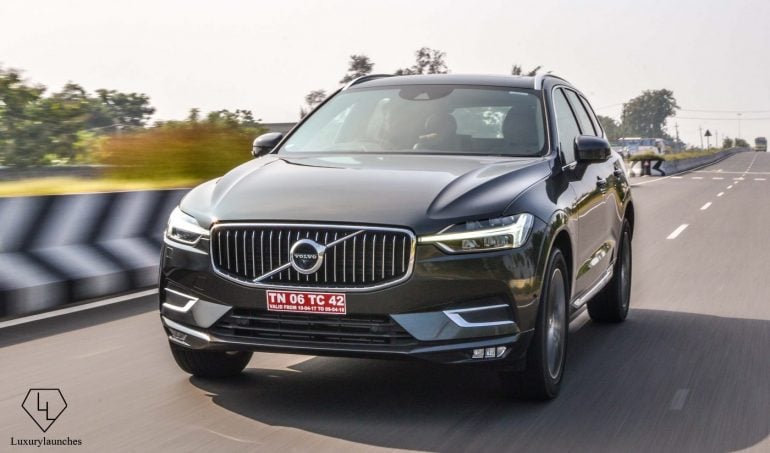 Engine
The new XC60 will be available in India with only the D5 engine variant, which is the same 2.0-liter four-cylinder motor that powers the entire 90-badged range of vehicles. The D5 diesel churns out an impressive 235PS and 480Nm of torque, which is sent to all four wheels through an eight-speed automatic transmission. The engine also features the Power Pulse system which helps reduce turbo lag at lower RPMs and improve the power delivery. I felt the system was better calibrated on the XC60 than the V90 CC I tested earlier this year. Although, it does not magically eliminate turbo lag but it does work quite seamlessly. The D5 unit is deceptively smooth and refined and the power delivery feels just right, especially when you get all the settings right in the individual mode. A mid-size luxury SUV that does zero to 100kmph in 7.2 seconds is not slow by any measure and you won’t be left wanting for more oomph from the engine under the hood. 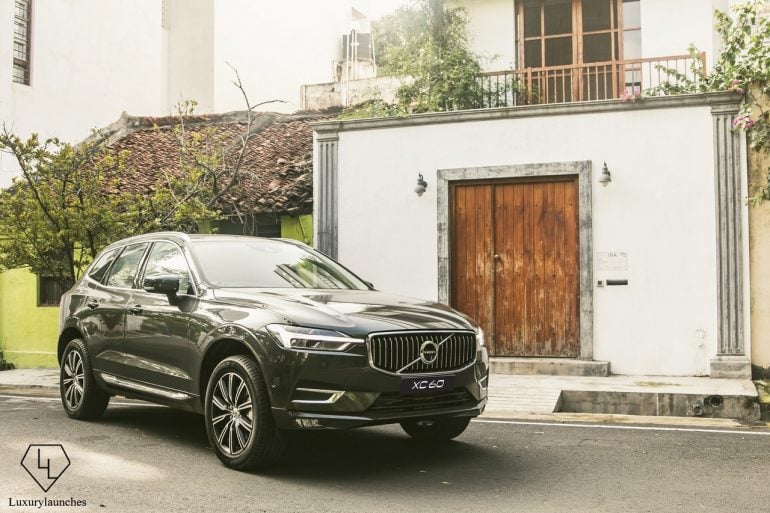 Ride and handling
Thanks to the top-down approach by Volvo for its premium segment cars in India, all the top-drawer features and equipment come as standard on the XC60 which includes air suspension units with adaptive dampers on all four wheels. The ride height and the damping can be altered when needed, which automatically adjusts with the change of drive modes. While the air springs work great on bad roads and the car seems to glide over potholes with ease, it doesn’t give the XC60 the best driving dynamics at higher speeds and corners. There is plenty on body-roll which makes it feel nervous at high speeds. But then the Volvo XC60 doesn’t even pretend to be a sporty crossover either. It’s an out an out luxury mid-size SUV meant to drive you in style and comfort and win you over with its tasteful elegance.

Cabin and tech
The cabin of the XC60 is bit too familiar as it shares the same basic layout with updated 90-series Volvos; but, again, it’s not a bad thing because it looks fantastic in my opinion. Since the XC60 is only available in the top-of-the-line Inscription variant in India, the interior is wrapped in the highest-quality materials and arrives with all the bells and whistles. The dashboard welcomes you with its 9-inch longitudinally mounted touchscreen which has on one of the best and most intuitive user-interface. The stunning driftwood insert with un-lacquered finish snakes across the dashboard and adds to the appeal of the cabin. The feature-rich cabin comes with an incredible 15 speaker Bower and Wilkins sound system, cooled/ heated front seats with massage function, four-zone automatic climate control, massive panoramic sunroof, and many other things we only get to see in higher segment cars. The perforated Nappa leather wrapped seats are plush, comfortable and nicely contours the body, even for a person with a tall and relatively bigger body frame. A Volvo won’t be a Volvo till it doesn’t come with class-leading safety features; and the XC60 is no different. The new XC60 packs a full suite of active safety and driver assist features including adaptive cruise control, forward collision warning, automatic emergency braking, lane keeping assist, lane departure warning, and Pilot Assist – Volvo’s semi-autonomous driving assistance system that takes control of steering, braking and lane changing. 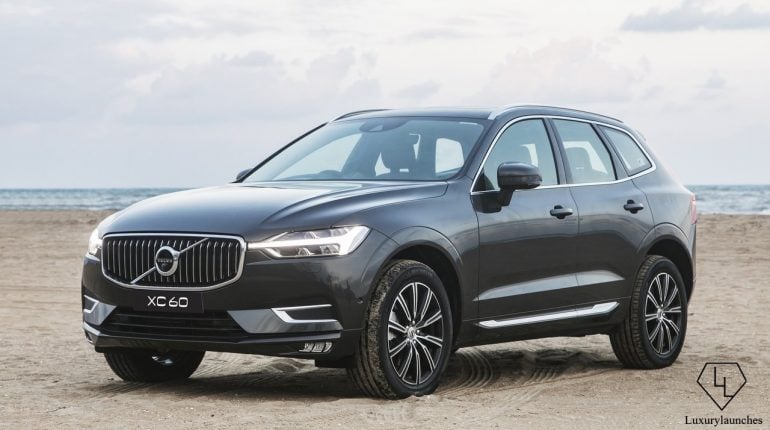 Verdict
The updated BMW X3 and Audi Q5 are yet to arrive on the Indian shores, which means the previous generation models on sale in the market currently look awfully dated in comparison to the new Volvo XC60. Even beyond that, the XC60 pack a long list of segment-first features making it a compelling option for anyone looking for an opulent, feature-rich and elegant looking mid-size luxury. The previous generation XC60 was for long was the best-selling model for Volvo and the updated model will only further help it stamp its dominance. In fact, I rather think that it might be bad news for its bigger sized siblings as well as it is more than capable of eating into their sales – it’s that good!