As one walks into the studio where rehearsals are underway for the stage version of the Disney classic Beauty and the Beast, you are greeted with an energetic, noisy group of actors ranging from first timers to veterans standing in a circle and enacting some dramatic exercises that invariably have them in peals of laughter. The camaraderie and bond that they share is evident when they interact with each other and is probably one of the reasons why the play is shaping up so well. 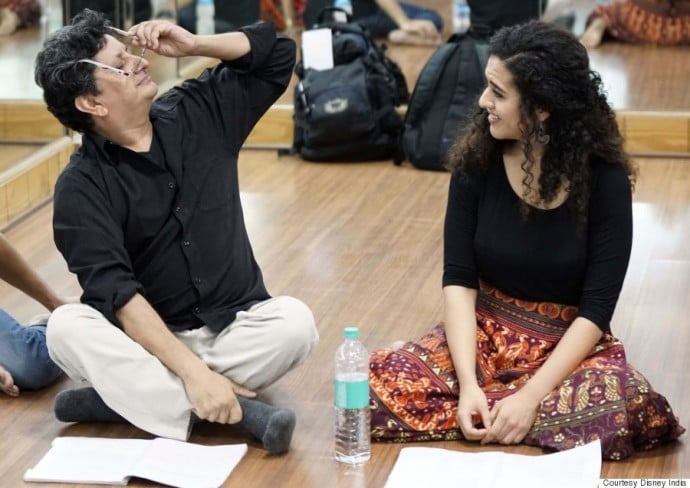 After all these exercises and fun and games to break the ice the actors get into their professional mode as they assume their characters and start practicing their dialogues. Being a musical, there are quite a few songs that the actors sing in their clear melodious voices that ring loud and clear in the hall. Practices have started since end of May and the first performances are scheduled to take place On October 23rd and 30th at the National Sports Club of India in Mumbai. With just four weeks to show time the 18 actors and 100 performers are undergoing grueling practice sessions with dance training, vocal training, physical exercises, wire training for aerial stunts. 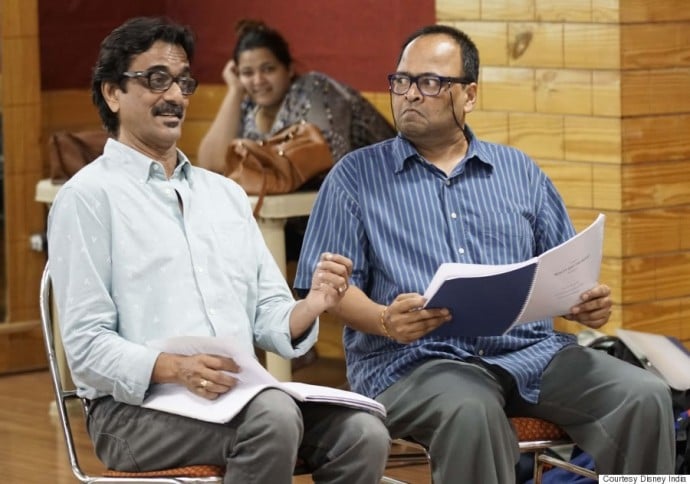 The mammoth set is being designed by Varsha Jain, which features a 270 degree stage, ramps and pathways that criss-cross between sections of the audience. This is done with the idea of getting the audience to completely immerse themselves into the play. The audience at one point feel like they are living in Belle’s village and then in Beast’s castle. To make the play feel more interactive there is action taking place within the audience so some of the seats swivel completely around so that they do not miss anything.

The practice is carried out on a rough replica of the set that is constructed close by. The final sets will facilitate the aerial stunts with the help of wires and a combination of physical props and LED screens to create different kinds of spaces. The aim is to give the audience a complete experience and Disney India has gone all out to ensure that they deliver what they have envisioned. After Mumbai, the show will be put up in Delhi, followed by other Indian cities. The tickets range from Rs 3000 – Rs 5000.

Hurry and book your tickets to see India’s first musical extravaganza on the lines of a Broadway musical and to loose yourselves in the fantasy land of The Beauty and the Beast.

Being the first of its kind in India, and the largest of its kind that Disney has ever done anywhere in the world, Mumbai awaits expectantly for this musical extravaganza.