A US-made luxury yacht AB Celestial has anchored in Mumbai, making it city’s first ever floating hotel, that redefines exclusiveness. Providing picturesque view, the floatel will be docked at the Maharashtra Maritime Board’s jetty at Bandra under the Bandra Worli Sea Link, providing the watchers with a 360 degree stunning view of the Mumbai city & Sea Link.

AB Celestial is a 3-tier luxury dinning facility with a sky deck, two galleys. The overall capacity of this yacht is focused at accommodating a minimum of 660 guests between the 4 tiers of the Floatel. It will have two multi-cuisine restaurants, including a club lounge, equipped with a 24 hour coffee shop. Constructed by Maharashtra Tourism Development Corporation (MTDC) in partnership with WB International Consultants and AB Hospitality, this is the first of its kind in the country. AB Hospitality has plans to launch water sports such as jet ski and sailing post monsoon. 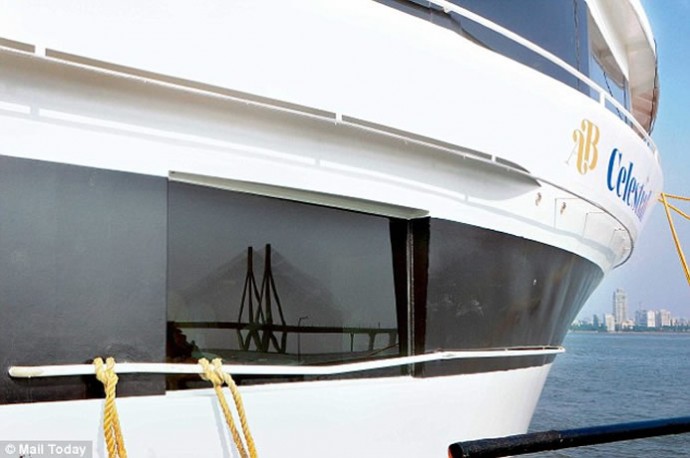 The floatel is likely to open up for public by the first week of September. Though, this is not the first floatel in India. The country already has several floatels in places like Kolkata, Goa, Kerala, but AB Celestial will be Mumbai’s first. Reportedly, a 362 room five star floatel is expected to anchor soon at Gateway of India.