Niche brands from all over the globe have now set their eyes on India. With a renewed interest in the country, several luxury carmakers and iconic models such as the classic Volkswagen Beetle, the Fiat 500 Abarth, Fiat-Chrysler‘s Jeep, and even Ford’s Mustang are getting ready to make their foray into Indian markets. Mentioned below are some of the outstanding cars which will be riding India’s optimistic wave for the following few years. 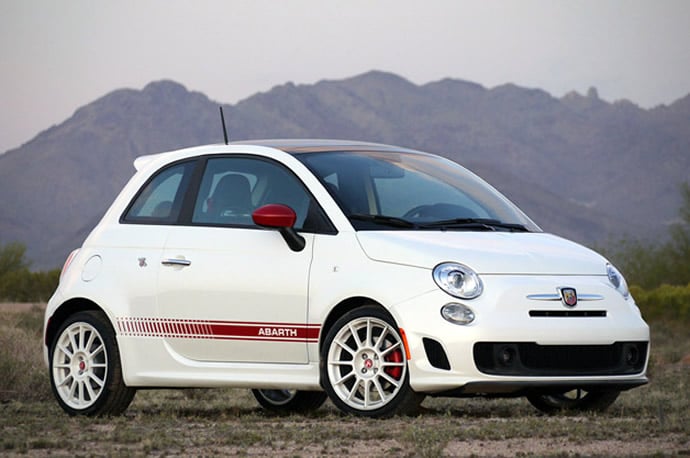 Fiat 500 Abarth – Second Half of 2014
Coming to in India in the latter half of 2014 is an updated, more pumped up version of the Fiat 500. A facet of its performance brand Abarth, the Fiat 500 Abarth will travel to the country via the CBU route but will be assembled organically in order to give the revised model a price advantage over its competitors. Interesting new additions to the model will include a TomTom navigation system complete with a 4.3-inch touchscreen display, automatic climate control, satellite radio, a security alarm and up to 7 airbags ensuring optimum safety. The improved Fiat also boasts of an emission of 160 horsepower due to its turbocharger and fantastic transmission which allows the car to go from 0 to 60mph in flat 7.9 seconds. “We plan to launch the Fiat 500 Abarth later this year in India. Initially we would import the car as a completely built unit (CBU) but later on we plan to locally assemble it at our Ranjangaon plant,” said Nagesh Basavanhalli, Managing Director, Fiat India at the 2014 Indian Auto Expo. Initially the car is expected to be priced at around Rs. 40 Lakhs but, with the start of local assembly the price is expected to gradually decrease to Rs.25 – Rs. 30 Lakhs. 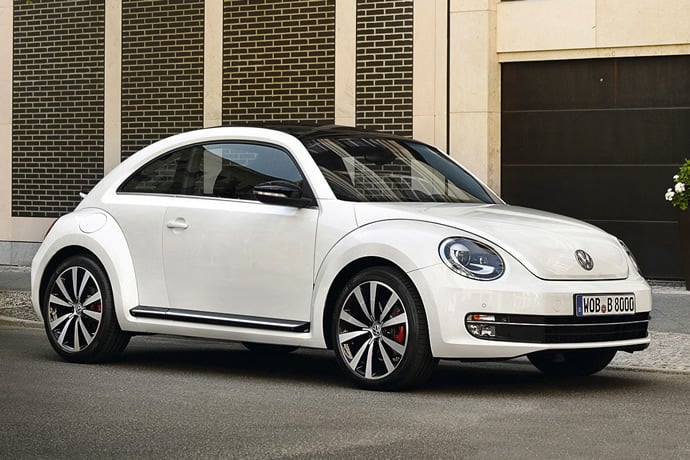 2015 Volkswagen Beetle – Mid 2015
Also poised to enter the market is Volkswagen’s New Beetle. The third generation version of the classic car will boast of exciting features such as keyless entry, 17-inch Turbine alloy wheels, nine Fender speakers in its interiors which also includes a subwoofer and bi-xenon headlights amongst several others. The Beetle will be powered by an impressive 2.5 liter engine emitting 170HP of power. Sports suspension and electromechanical power steering are also some of the distinguishing facets offered by the vehicle. The updated Beetle should easily command a price of Rs. 30 Lakhs. 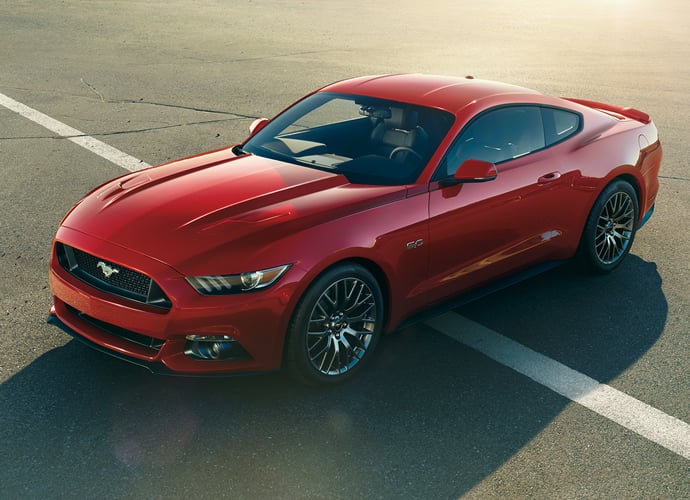 Ford Mustang – 2015
Ford Motor Company is now bringing to Indian shores the much-awaited 6th generation MY 2015 Ford Mustang which was created in honor of the legendary brand’s 50th anniversary. Indian fans of the American carmaker can rejoice as the updated model will feature a right-hand-drive option – a first for the brand. Additionally, the car will also come with three engine options – a 3.7 liter V6, a 2.3 liter EcoBoost 4 cylinder engine and the impressive 5.0 liter V8 offering more than 420 hp and 390 lb/ft torque. Other interesting features of the revised edition are a back up camera, HID headlamps, a cool leather wrapped steering wheel and several other optional options. The RHD version of the classic car should cost an upwards of Rs. 14,35,823. Raj Nair, Ford’s global chief of product development sounds optimistic about the launch, “We have a lot of fans of the Mustang in India.” 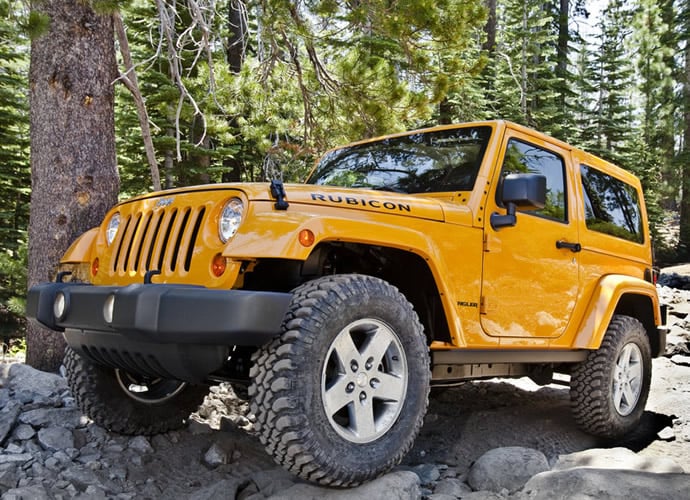 The Jeep Wrangler – 2015
The Jeep Wrangler is a mean machine. The off-roader with its 3.6 liter V6, astounding technical specification and five-speed automatic transmission means serious business. The SUV is all set to hit Indian roads around July this year and should cost somewhere between Rs. 25 to Rs. 32 Lakhs. The jeep will be transported to the country via the CBU route and Fiat has hinted at possible local assembly if the demand for the vehicle is adequate. The classic rugged Jeep also boasts of a UCONNECT system that significantly improves connectivity from with the car as well as provides various entertainment options. 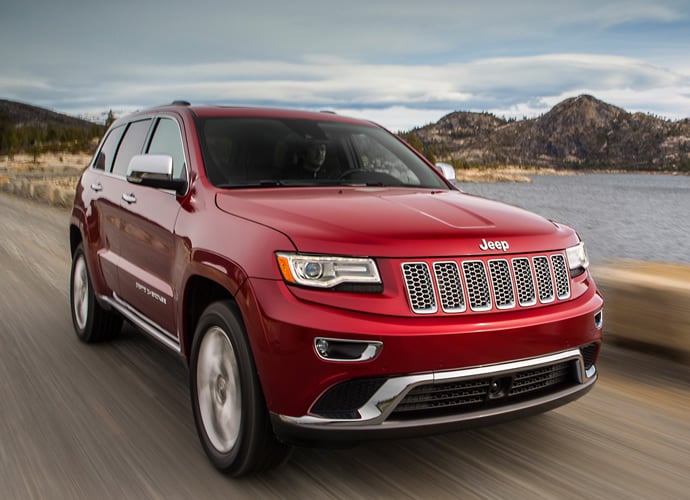 The Grand Cherokee – 2015
The luxurious 2014 Grand Cherokee will soon be available to fans of the Italian carmakers in India. Its arrival comes as no surprise since the stunning brawny car with its satin polished cast-aluminum wheels and plush aesthetically-appealing interiors has long been a favorite with Indian car connoisseurs. The massive machine will be powered by an impressive 3.0 liter turbocharged V6 diesel engine and will also boast of outstanding acceleration and pick up with the car going from of 0 to 100 Kmph in hardly a few seconds. The exclusive car is roughly priced somewhere between Rs.60 – Rs.80 Lakhs. 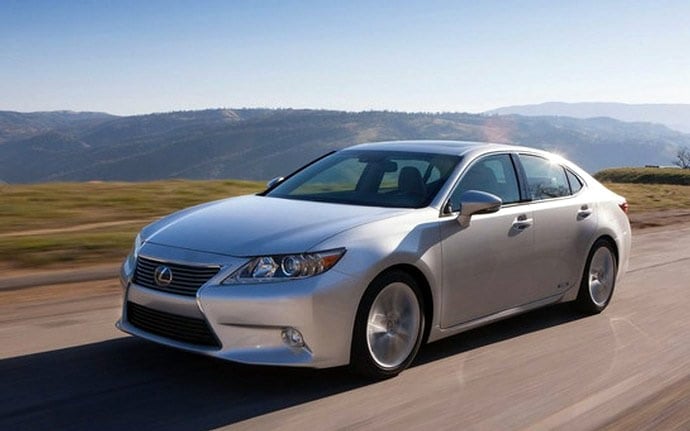 Lexus – 2015 / 16
Looking at the upswing in the market due to a stable government, even Toyota and Nissan have jumped on the opportunity-filled bandwagon which is headed to India. Naomi Ishii, Managing Director of Toyota India hinted at the possible arrival of Lexus – the high end variant of the brand onto Indian roads, he said, “ India is one of the most important markets in the world for Toyota and by 2025 India might prove to be the top three largest markets for automobiles in the world. The entry of Lexus in India is only a matter of time.” Nissan too is following suit and is soon expected to launch cars from its luxury vehicle division – Infiniti, in the country.