This range is ‘an apple of the eye’ to the young audience which looks out for neat contour lines on the outside of the chassis, suave interiors, and of course a powerful mill under the hood!
This A5 Sportback exactly serves the same, for it ousts the other luxury sedans by its Coupe-styled body which will hike the demand for it exponentially. 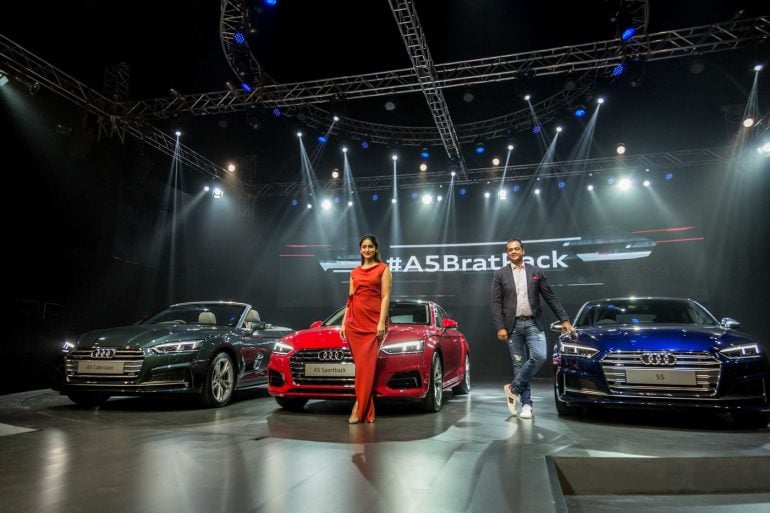 Talking about the silhouette, the company has consumed a lot of sand from the hourglass for the designing of all the three models where the wide single-frame grille draws most of the attention… Also, the contouring lines on the bonnet and on the sides, a slopy roof, large airy sunroof, dual-barrel led headlamps and split tail lamps make the cars stand out of the fleet of elegant luxury sedans.
The cabin brushed neatly with judicious use of black-wood trim in the A5 Sportback and Cabriolet, and faux aluminium in the S5 Sportback. The Dash houses a three-spoke steering wheel and an MMI touch infotainment system and Audi’s smartphone interface. 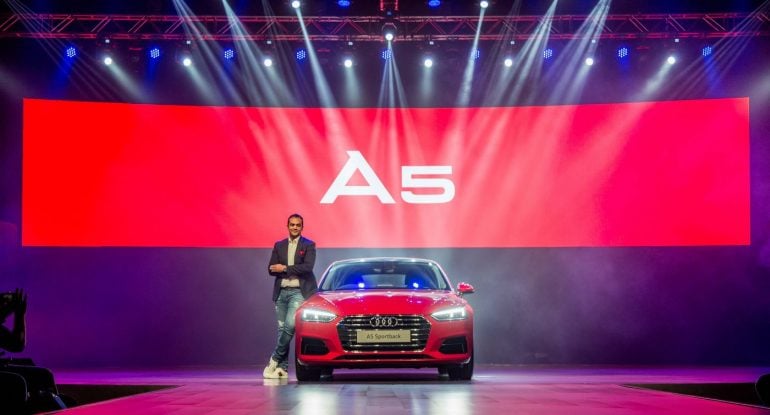 On the contrary, the S5 Sportback is the only one among the three to sport a petrol engine which is a 3.0 litre V6 turbo-charged mill and marks a maximum power of 349 bhp and peak torque of 500 Nm. It sprints from 0-100 kmph in just 4.7 seconds and tops to 250 kmph.

All the three cars would be a good proposition to invest in for their list of features and design, all of that included in a pocket-friendly pricing bracket!