The strikingly beautiful watch showcases a self-winding Calibre 79320 movement, with a power reserve of 44 hours. Like its predecessors, the watch’s dial is rendered in a midnight blue unique to the Le Petit Prince edition watches and the caseback has a unique engraving, this time depicting the Little Prince with his friend the fox. As usual, the central chronograph seconds hand has displaced the seconds hand to a sub-dial at nine o’clock, with the 30-minute and 12-hour counters at 12 and six o’clock respectively.The steel case is 41mm in diameter, but thanks to the weight and the convex bezel and crystal it actually wears a bit smaller than that. Whether this was the intention of IWC, it seems to me a fitting tribute to “Le Petit Prince” that does not take anything away from the essence of the Pilot’s Watch in which high legibility is essential. 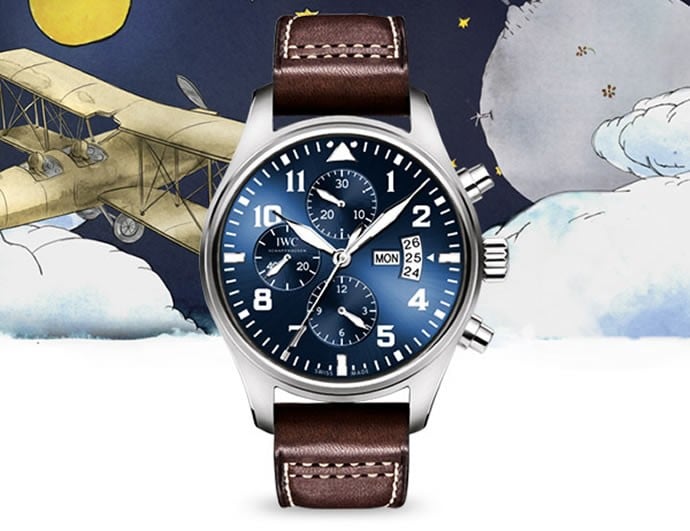 The Pilot’s Watch Chronograph Edition “Le Petit Prince” is available in stainless steel and, to the relief of fans of the brand and the story, not a limited run unlike the previous two editions. Exclusively available at Ethos, this watch is truly an epitome of grace.