BMW certainly takes great pride in its flagship luxury car, the 7 Series. The newest edition of the car was recently unveiled at the Auto Expo 2016, in Noida, India, and the car has already begun making heads turn. The sixth generation of the exclusive luxury limousine was unveiled by veteran Indian cricket star, Sachin Tendulkar. Locally produced at the BMW Plant Chennai, the all-new BMW 7 Series is available in two design schemes, the M Sport and Design Pure Excellence. As its name suggests, the M Sport version is sportier while the Design Pure Excellence 7 Series focuses on luxuriousness. 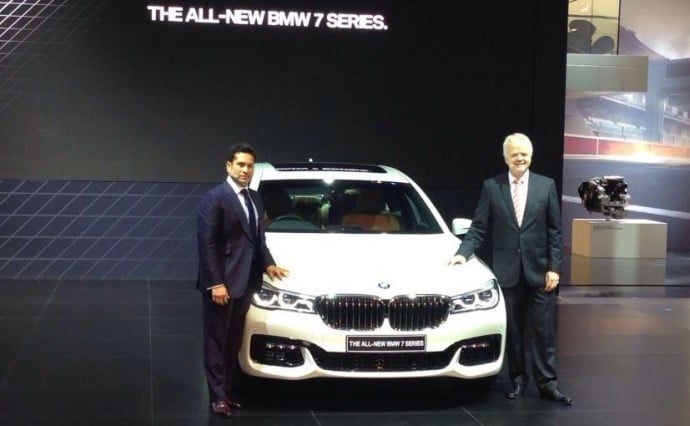 ALSO READ -   Tony Starks of India, the BMW i8 is here!
Tags from the story
BMW