The environment has been mankind’s concern ever since the exploitation of fossil fuels. Until recently, the world at large and individuals at a personal level thought of using the cleaner renewable sources of energy in many verticals. This was also applied to the automobile industry by a few giants and it has been growing from there. 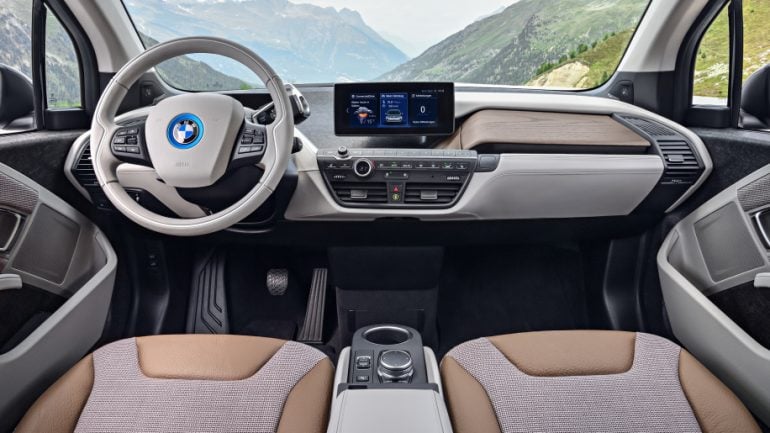 To see the commuters throttling on the pedal without emitting any spec or smoke, BMW made a brave and intelligent stance in the year 2014 as it launched the BMW i3. 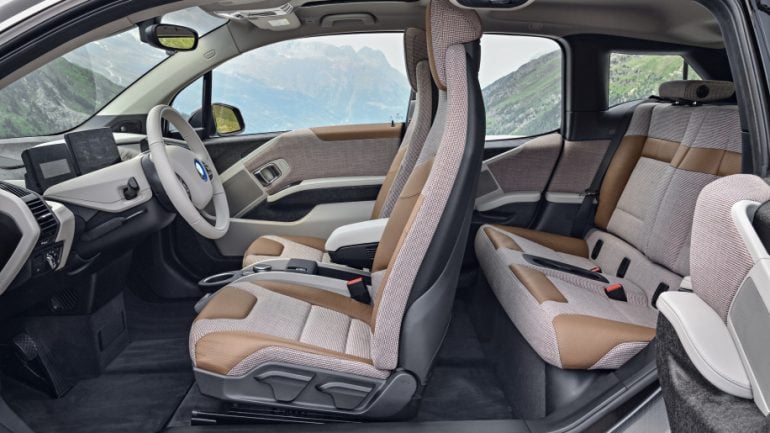 This Electric Vehicle (EV) by the German luxury auto giant set to be the premier vehicle to foray into the prime-hatchback category, while the other EV manufacturers marked importance to the sedan type. 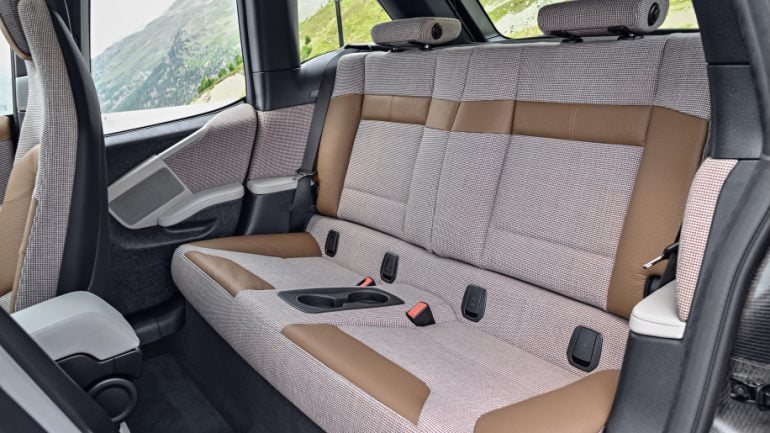 BMW recently, in the global market, launched the i3 2018 with the more powerful i3s with an overhaul and has said it will be showcasing them at the Frankfurt Motorshow 2017.

The slightly flared-out wheel arches, twin chrome-grille inserts and a chunky bonnet adds to the ‘aggressive aura’ while the dynamic traction and stability control allows the driver to switch to the appropriate traction and suspension levels when behind the wheel along with parking and traffic jam assist. Some more features packed in this elegant marque are – rear parking sensors, digital radio, automatic lights, Bluetooth connectivity, heated front seats and climate control as standard features in both the models. The Interiors haven’t received any new tweaks and look similar to the prior design with the grey, piano-black and beige colours with aluminium inserts and a central floating 10.3-inch infotainment system which is now associated with iDrive 6 interface. There are also four trims- Atelier, Loft, Lodge and Suite; each varying in the materials used in the cabin.

BMW has brushed the i3 with some cosmetic tweaks; alongside keeping the interiors luxe as well. The contemporary decorous design including a wider track and LED headlamps on the front as standard, is something one can’t stop drooling over, but, the powerful 94 AH Lithium ion High-voltage motor under the hood, is packed with raging 170 horses and 250 Nm of peak torque that just ventures swiftly before anyone keeps staring at it for long. Even though being an EV, this gizmo sprints from naught to 100 kmph in just 7.2 seconds and sets a top electronic speed of approximately 150 kmph. The motor sweeping an average range of 300 km on a single charge is equipped with a range extender which is a small petrol engine to power the electric motor.

However, the BMW i3s has been more of an attraction among the ones expecting for a sports gesture offered within an EV. This piping-hot creation churns out a total of 184 bhp and strikes the 100 kmph line in just 6.9 seconds and ripples a top speed of 160 kmph approximately. And, most importantly this car can venture up to a range of 330 km on a single charge.

India being a developing country, it will take some while, for the proper set-up of charge stations for the EVs. Also, the Indian audience has been sceptical and nit-picking before investing into an EV for its less power and range as compared to the conventional vehicles. Currently, Mahindra’s E2O is omnipresent in the indigenous market considering the EV segment.

Meanwhile, it is expected that more and more people in India invest into the BMW i3 to add up to their style statement with a taste of responsibility for the betterment of the environment. Strategic pricing and user-friendly convenience offers will hike the sales of the i3 and i3s in India.