Recently, BMW launched its first ever flagship M Studio in India. With its launch, the company also announced the arrival of BMW X5 M and X6 M in India. Inspired by motorsport, M is one of the most coveted badges of all and has shaped the history of performance automobiles. The next chapter will begin now with the all new BMW X5 M and the all new BMW X6 M, raising the bar for high performance sports cars with highly emotive design. 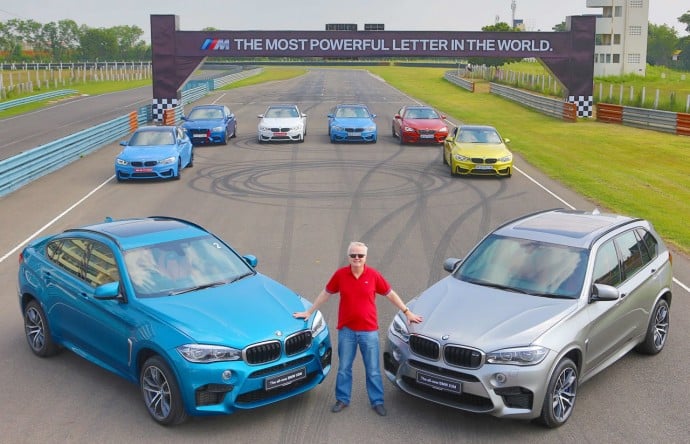 The M badge means the X5 and X6 get a sportier look with restyled kidney grilles and larger air intakes, along with 21-inch wheels. Both cars will be powered by the M twin power turbocharged V8 petrol engine, which has an output of 575 hp and produces a maximum torque of 750 Nm at 2200-5000 rpm. The cars accelerate from 0to 100 km per hour in 4.2 seconds and have a top speed of 250 km per hour (electronically limited).

The cars also feature BMW’s new eight-speed M steptronic transmission with drivelogic and the intelligent BMW xDrive four wheel drive system. The cabin of the BMW X5 M and X6 M is different than the one of the regular versions and the two models are also bringing the Active Blind Spot Detection, Active Driving Assistant, side and top cameras on the Driver Assistance Plus Package. Goodies include the heated steering wheel, window shades, soft-close automatic doors, head-up display, heated and ventilated seats, LED headlights with automatic high beams and more. The Bang & Olufsen sound system is also available.

A direct completion to the likes of Porsche Cayenne Turbo, Mercedes-Benz GL63 AMG and Range Rover Sport SVR; the new cars will definitely impress the younger audience. The X5 is priced at Rs. 1,55,00,000, whereas X6 is priced at Rs. 1,60,00,000 (Ex Showroom Delhi).