Celebrate the Mughal era in a luxurious way, as the Italian jewelry brand Bulgari launched an Omnia variant dedicated to India, and its beautiful era. The extravagant company that celebrated its 130th anniversary this year, has named the Indian inspired perfume Bulgari Omnia Garnet, inspired by the exotic country, promising an aura of nobility and mysticism.

The Bvlgari Omnia Indian Garnet is a new edition of the Omnia fragrance is inspired by strong elements like tuberose and saffron, both symbolising India.The fragrance was launched earlier this year in the palace of the Maharaja of Jaipur,on the sprawling garden grounds of the Rambagh Palace.Created by Alberto Morillas, the perfume opens up with top notes of mandarin and saffron while a heart of Indian tuberose and osmanthus and base notes of Indian woods and amber complete the stunning new perfume. The colour orange was chosen so that it infuses the bottle with some of its singular energy; it is welded to sparkling metallic circles which wrap around it. 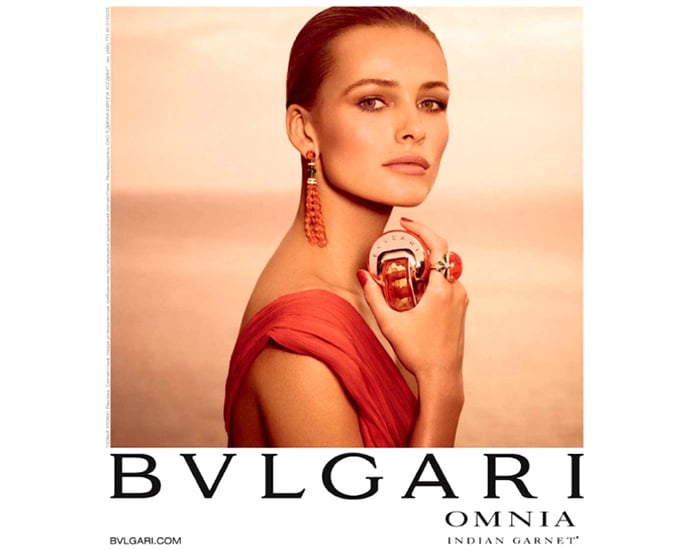 The Omnia Indian Garnet woman resembles a queen. She embodies a form of femininity, serenity, nobility and elegance which one encounters everywhere in India. The oriental perfume is available as 25, 40 and 65 ml Eau de Toilette.