Bvlgari’s popular Aqua collection, is set to impress the fairer sex, by not creating a sensuous fragrance for men, but finally including a scent for them. The Italian brand has launched Aqva Divina is the first feminine fragrance from the Bvlgari Aqva collection, which has so far included only masculine scents.

Inspired by Botticelli’s painting The Birth of Venus, The fragrance is announced as very bright and sensual.The new summer fragrance for 2015 Bvlgari Aqva Divina comes to life like a creation of nature rejoicing on the sun, sea and summer season combined with mysterious touches of precious woods bringing to mind the Bulgari origin. Scent notes of Aqva Divina Bvlgari include top notes of citrus bergamia, salt mineral, ginger, middle notes of magnolia, quince and base notes of amber, natural wax. The opening notes bring to mind the salty breeze of the sea, bergamot with salt crystals and red ginger bring this wonderful inspiring ambiance while the heart with magnolia and quince bring a sensual touch. The dry down is intimate and attractive with amber and beeswax.

Bvlgari Aqva Divina perfume is expected to be available in 25ml, 40ml and 65ml editions of Eau de Toilette. 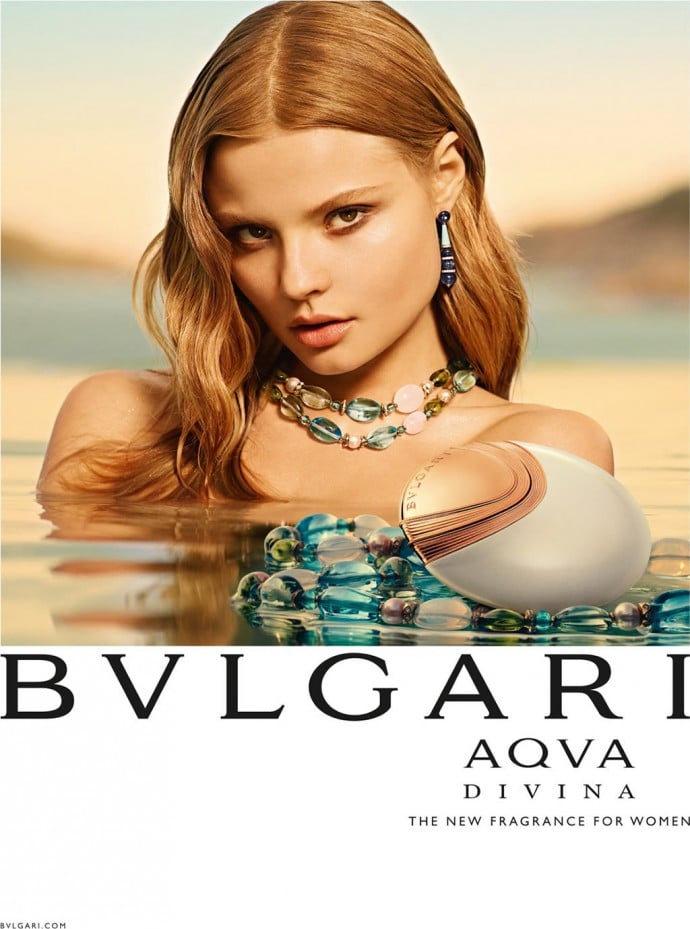