Chandon India, the country’s most known and served sparkling wine, not to be confused with the French Moët & Chandon, is making the Indian Summer a little more bearable with the new Chandon Brut bottle, which underwent a makeover, making it even cooler for patrons to choose it as their summer drink!

The bottle sports blue and white sailor strips that wrap themselves around it. An accented red bow around the neck of it adds contrast and to the trendiness of the sparkling wine. The pristine white background of the bottle gives it a fresh, chilled out look while still keeping up with its prestige. The new look makes it perfect for a day at the beach or a cool summer rooftop party, even if it’s just for show! Though, the Brut itself is something no one would want to miss out on, for its crisp tropical fruity notes along with its great affordability. Brut helps ease into the summer revelry, despite the scorching heat, with this refreshingly light bubbly; its trendy look is just added effect! 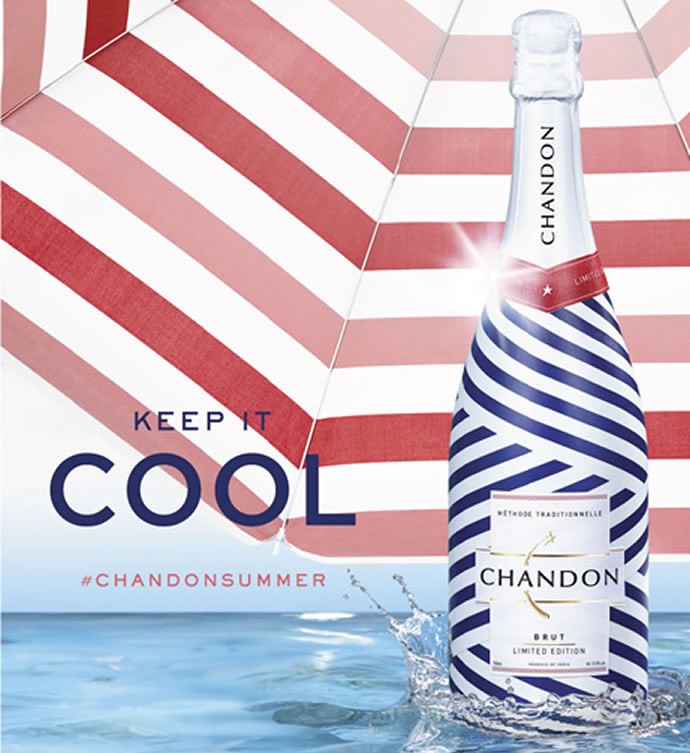 The limited edition Chandon Brut will be available all over India in a few select retail stores, from 15th May 2015 onwards and will be priced at INR 1,300 approximately.