We want. Period. Is what our typical response would be, after test-driving the Mini Convertible. But for the sake of the auto-curious among us, we’re going to try and do better than that. Embedded in our memories since The Italian Job, this particular German job has been romanticized, popularized and ever coveted. And in its current convertible avatar, it strikes off any others that might’ve dared making it to that list (we’re talking to you Beetle).


We may not know a whole lot about convertibles than that the Indian masses are still warming up to them. But we can tell you this- the new edition of the Mini Convertible comes with six-speed automatic transmission, a soft roof that opens and closes completely within just 15 seconds and an insane number of color variants. Basically, it is a chrome-lined (outside and in), computer-equipped beaut that finds favor among both, metropolitan men and women.

Mini In The City 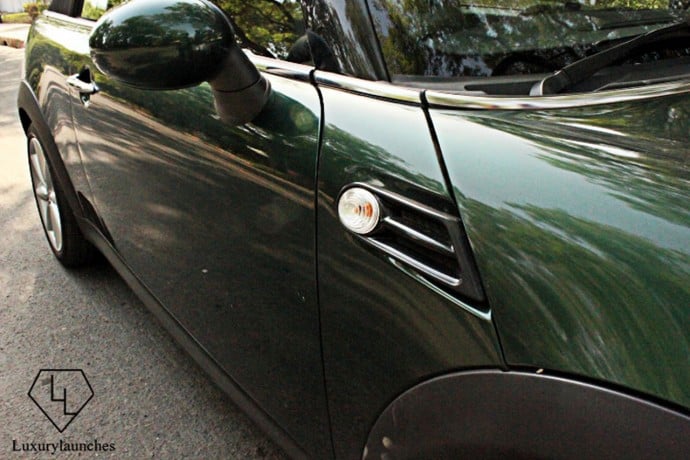 Two words- vintage, modern! Yes, together. The Mini Cooper has been designed to maneuver through crazy city-traffic. And its roadster-like appeal, coupled with back-in-the-day accouterments, such as a large round speedometer make it a lifestyle statement. While it certainly stands out with the top down, our British racing Green Mini remained largely inconspicuous, thanks to its black fabric roof pairing and overall muscular appearance. 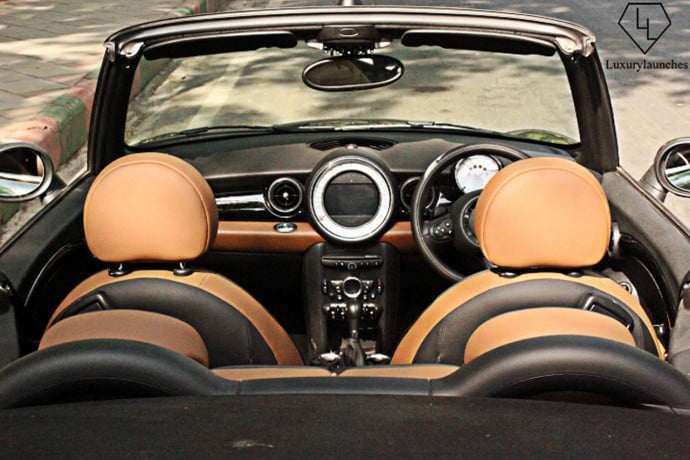 We drove to the opulent Shangri-La’s – Eros Hotel for a glorious brunch (one of the few offering pool access), Day 1. Then shopped up Emporio style, before ending the night at the neighborhood bar, listening to some local musicians. On Day 2, we drove outside city limits, got some out and out dhaba grub. Then lazed around in our version of NYC’s Central Park – Lodhi Garden. Through both days, here’s what we found. You will be ogled. A lot. 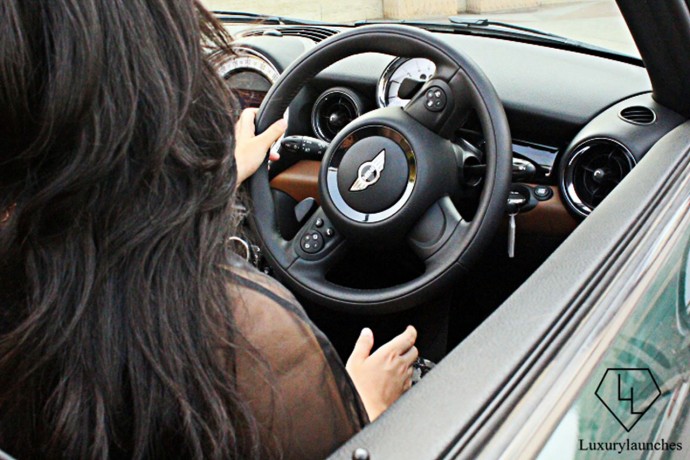 Even in New Delhi, SUVs make it to the top of most bucket lists, leaving the likes of Mini Cooper ‘phoren’ seeming still. But the Convertible actually turns out pretty well powered for the capital. The car handles incredibly well with an engine that is almost silent on idle and a Sports mode that is exhilarating. Traction control is useful during rainy days/ wet roads and light visibility with its HID lamps is incredible. 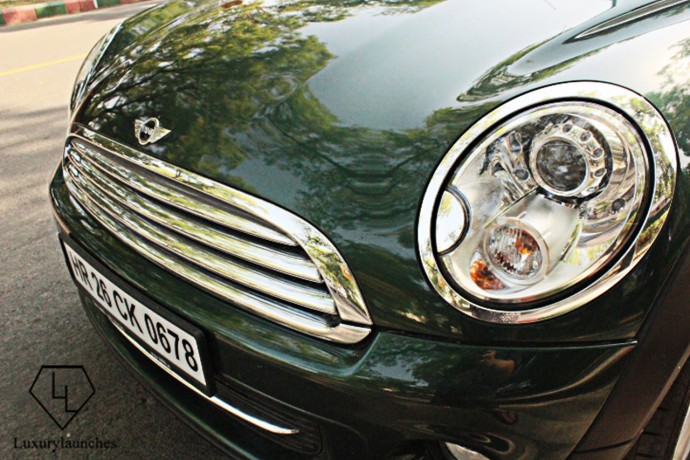 What we especially like is its option to open and close the soft top while driving at a speed of up to 30 km/h or 20 mph. We have to say, this is one of those rare instances when soft-top does not equal sloppy. Instead, it comes backed by sophisticated machinery. And while big cities offer very few opportunities to experience top-down time, when we did get some, it was like going right back to camp, and we could enjoy the weather and the starlit sky. 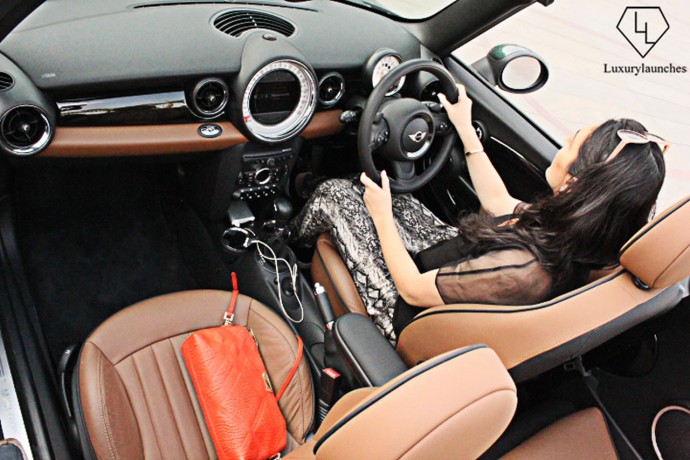 For when stars aren’t enough- Mini Convertible comes with great in-car entertainment, with phone Bluetooth connectivity + USB and Aux inputs. Aside from acoustics, the plastics are very good quality too. The steering wheel, dashboard and color changing display, all feel premium and plush, while airplane-reminiscent toggle switches give the car a nice analog look. In our case, those tan leather seats were a nice touch. 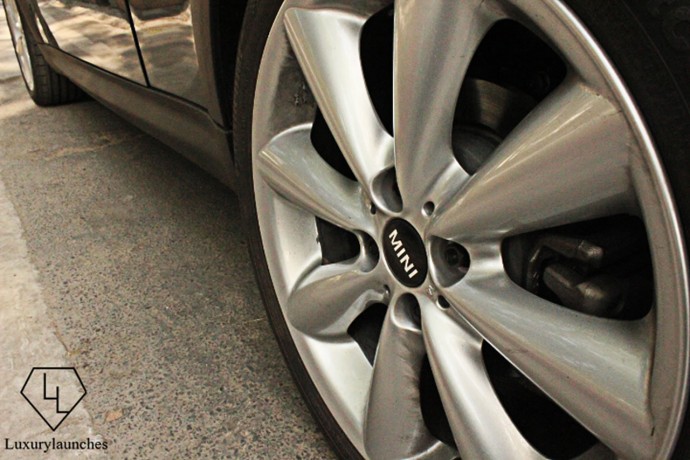 Hits – Super scope of personalization (no less than 11 paintwork colors and so much else)! Also, that the Convertible mode is deactivated as soon as the roof closes and the interior temperature required is automatically set.

Misses – The Mini Cooper Convertible has a very low suspension set up. The car’s comfortable for city driving, not so great for long ones; the boot is tiny and the back seat or baby seat is just that, for babies or backpacks.