China is a country with the world’s largest population. It is home to 1.42 billion people, beating India which has 1.35 billion residents. To put this number into perspective, adding the populations of the third to eighth-most populous nations (including the USA, Pakistan, and Brazil) together still gives you fewer people than China.

It’s also the third biggest country by total area (including water), behind Canada and Russia and second by total land area, behind only Russia.

With so many people, so much space and so much money floating around, there are plenty of opportunities for the Chinese to be creative with the things they build. This has led to constructions like the world’s tallest outdoor elevator and a bridge with a complete glass bottom. It’s also resulted in several projects where Chinese construction workers have built replicas of famous landmarks from around the world.

These replicas vary in quality and authenticity, but some of them look so good that it can be sometimes difficult to distinguish them from the real thing. 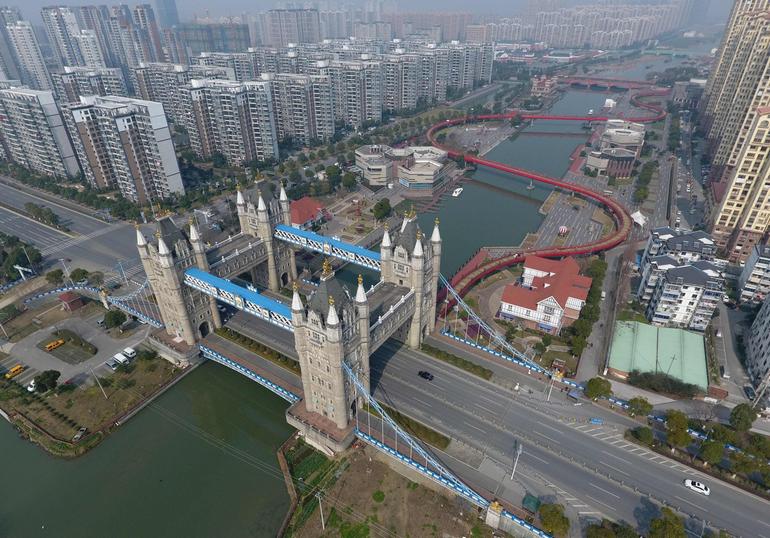 London’s Tower Bridge is one of the most photographed in the world. It’s iconic blue metalwork and stone towers attract millions of tourists each year who pay to go to the top or just stand near it and pose for photographs.

But if you’re in Suzhou, China, there’s no need to spring for an expensive plane ticket halfway around the world. Crossing the river that runs through the city, is a bridge that bears many resemblances to the famous British landmark.

Except, on closer inspection there are a few significant differences. London’s Tower Bridge suffers from congestion since it was never designed to cater to the huge volumes of traffic that pass over it each day.

The Chinese designers got around this by making the road a four-lane dual carriageway. But to accommodate the wider road, the bridge’s two towers were doubled to make four. One Chinese newspaper described this change as making their version “more magnificent”.

The Chinese Tower Bridge doesn’t have the facility to raise the car deck though, meaning taller ship traffic can’t pass underneath. 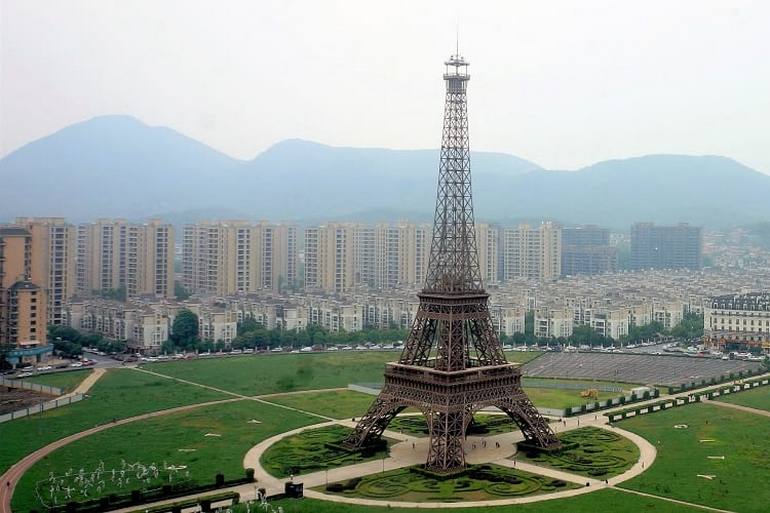 Eiffel Tower, Paris
The Eiffel Tower is one of the most iconic symbols of France. It was originally constructed for the World’s Fair in 1889 and there had been plans to dismantle it shortly afterwards. However, Parisians eventually fell in love with the structure and it’s since become the most-visited paid-for monument in the world. With more than 2 million visitors heading to France each year from China, a good proportion of them will be going to at least look at the tower.

But that still leaves more than 1.4 billion people in the country that don’t get to see this iconic structure. To help more Chinese citizens admire the Eiffel Tower without having to leave home, Chinese architects have created their own.

Located in Tianducheng, a city in Zhejiang Province, this Eiffel Tower is part of a luxury real estate project designed to attract wealthy Chinese people that want to live in an area filled with European-style architecture.

The replica Eiffel Tower dominates the skyline of the “Paris of the East”, but it isn’t the only Parisian landmark you’ll find there. There’s also an Arc de Triomphe and a Champs Elysées, along with other buildings that are styled on Parisian architecture. 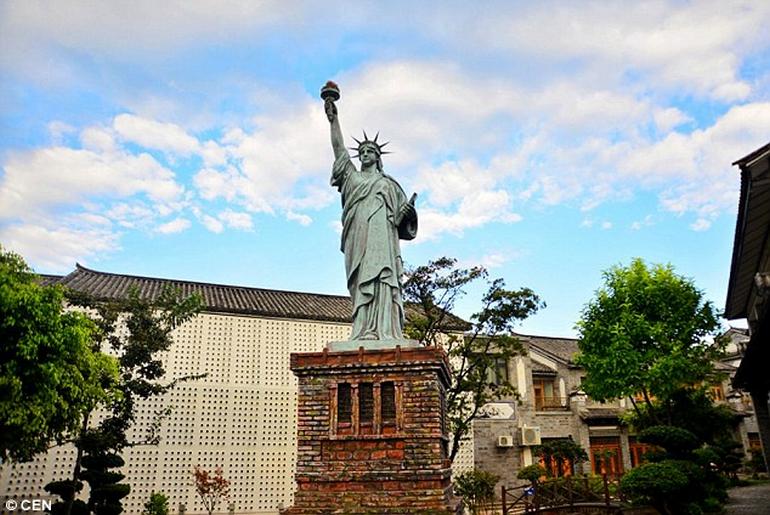 Statue of Liberty, New York
The Statue of Liberty is one of New York’s most famous landmarks. For more than a century it has welcomed people to the country as they arrived by ship and been a popular tourist attraction.

Replicas can be found all over the world, including on the other side of the country in Las Vegas.

You’ll also find several replicas in China. Some were temporary and no longer exist, but one still sits in Window of the World Park in Shenzhen. This city is located in the south of the country and has become the Silicon Valley of China, with many major tech companies based there. It’s also close to Hong Kong, a major trading hub that has acted as a conduit between China and the rest of the world.

The Shenzhen version is much smaller and hasn’t doesn’t have the same green quality that the original has, but it’s still worth taking a look if you’re in the city.

Review: I indulge in some pampering at the Brushes and Strokes, Nail salon, Bandra