Cristiano Ronaldo is the most followed man on Earth. The living legend is an example of supreme talent and devotion to his game and is an exceedingly impressive businessman. It is beginning to look like no one can stop him from scoring those goals, whether on the football field or in the business world! Why wouldn’t his fans want a piece of him, a glance, a simple hello, or a whiff of his perfume? On second thought, not only will fans get a hint of the international football star, but they too can exude the same fragrance. Cristiano Ronaldo is bringing a first-of-its-kind, casual, everyday line of scents to India and its football fanatics. The collection of fragrances will unleash a never-seen-before side of the star with the help of the most intimate and playful campaigns divulging different facets of his highly coveted lifestyle. 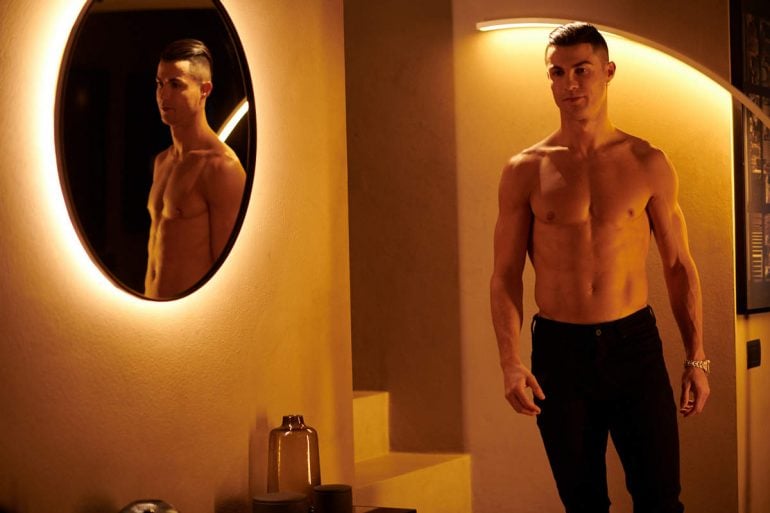 The fast-paced, energetic campaign film captures the casual, on-the-go young man who aspires to live life like their idol. It takes you through his daily fitness regimen, football, friends, fashion, and fame. It really can’t be better than this from getting a dekko into his personal life to experiencing his curated fragrances. Ronaldo continued his collaboration with Eden Parfums, who have launched all of Ronaldo’s successful fragrance ventures. Marketing Director Stella Vassiliades said of the partnership, “Working with Ronaldo is always a pleasure, but this campaign was particularly exciting for us. We showcase the many aspects of Ronaldo’s life and personality and bring fans into his universe through the fragrance. As always, Ronaldo was passionate from start to finish, heavily involved in creating both the fragrance and the campaign, and we’re very proud of what we have brought to life together.” Get a whiff of the Ronaldo magic with three variants of the CR7 range that are available exclusively on Myntra: 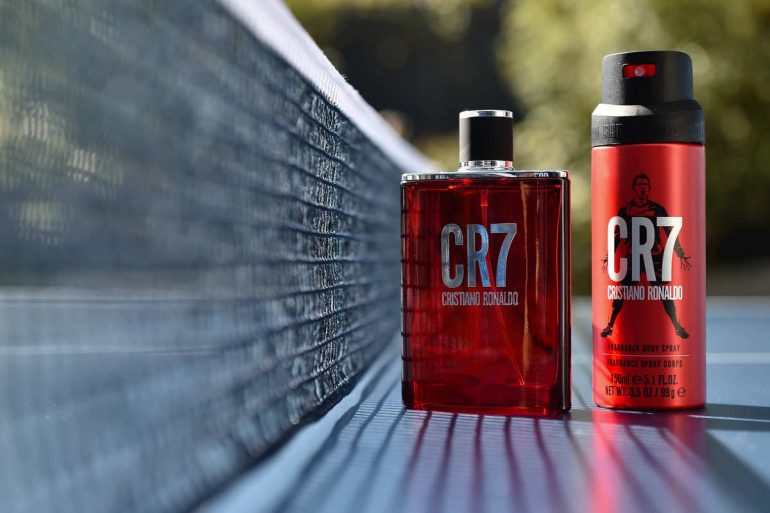 CR7 eau de toilette- No one can disagree the perfume bottle is as important as the scent it holds. With CR7, you are instantly struck first with the attractive, translucent red glass bottle decorated with a bright silver CR7 logo on the front and debossed on the collar. The fragrance is a blend of bergamot, cardamom, lavandin, tobacco, cinnamon, sandalwood, musk, and vanilla. 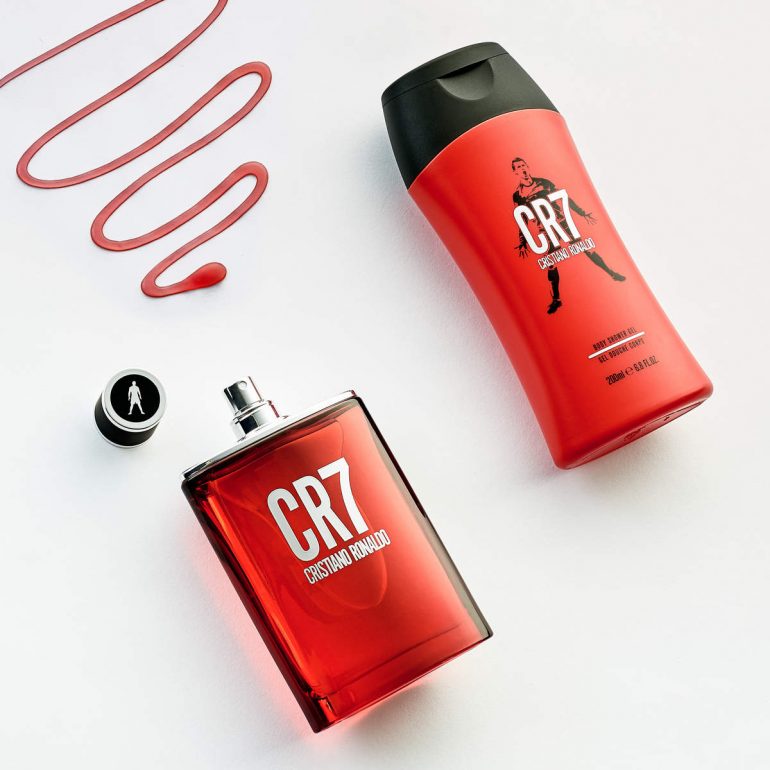 The football star describes this contemporary cocktail of the ultimate everyday scent as his secret weapon. “It’s my secret weapon. I start my day with CR7 fragrance, and it gives me the confidence to live each day to the full,” shared Ronaldo. He continued, “Smelling good makes me feel good, and I wanted to create something easy enough to wear every day. Wherever I go, CR7 is always in my bag so I can freshen up on the go and ensure that I always feel my best.” 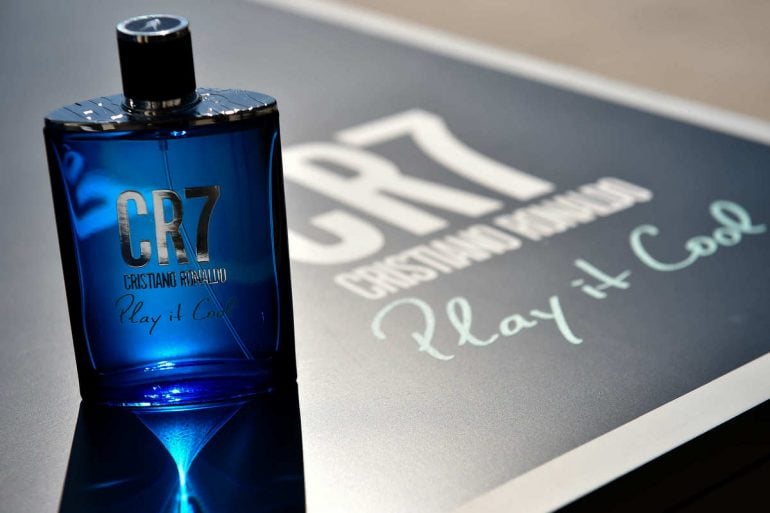 CR7 Play it cool- Who realizes the importance of playing it cool than a sportsperson under constant pressure? CR7 Play It Cool is an everyday lifestyle fragrance for the modern young man who can be too hard on himself. Just a spray of the CR7 Play it cool, and you’re provisioned to take life with a pinch of salt. The blue bottle helps keep matters cool on the mantle for men who enjoy a casual, confident and relaxed lifestyle – just like Ronaldo himself. His strong character reflects in notes of bergamot, cardamom, lavandin, tobacco, cinnamon, sandalwood, musk, and vanilla. 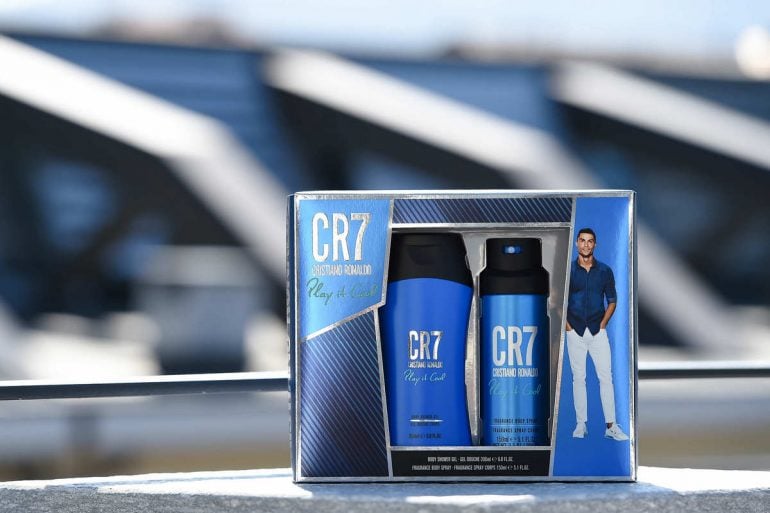 Talking of the fragrance, Cristiano Ronaldo revealed, “I wanted to create something that will give you a confidence boost instantly. It’s so simple; when you smell great, you feel like you can take on the world and achieve anything.” The scent comes in a deep, translucent blue bottle complete with a graphic silver CR7 logo and Play It Cool branding. 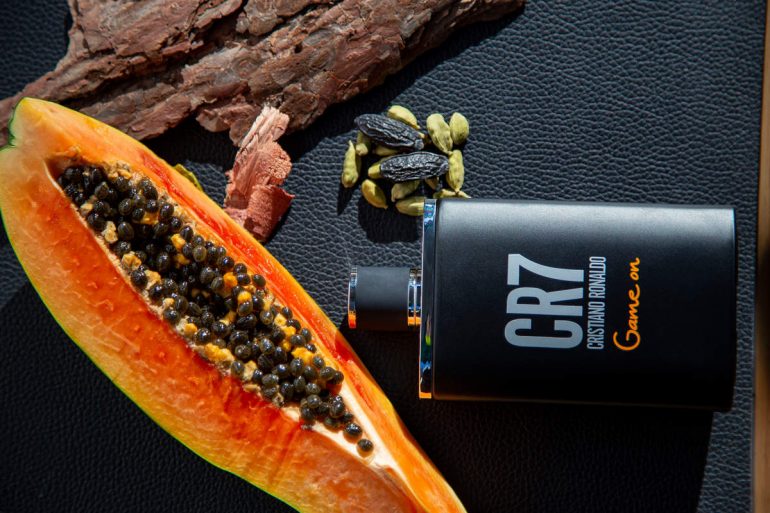 CR7 Game on – Ronaldo is giving his fans a glimpse (read: tutorial) into how a spritz of the right fragrance can help a man bring on his A-game! Prepping for a night out is as much work for a man as a woman, and it can go wrong without the right finishing touch. CR7 Game On is an addictive, bold, and optimistic fragrance – the perfect finishing touch, part of the woody, fruity olfactory family. The spirited CR7 Game On is sheathed in a dark and opaque bottle, embellished with the silver CR7 logo and the Game On brand highlighted in neon orange. 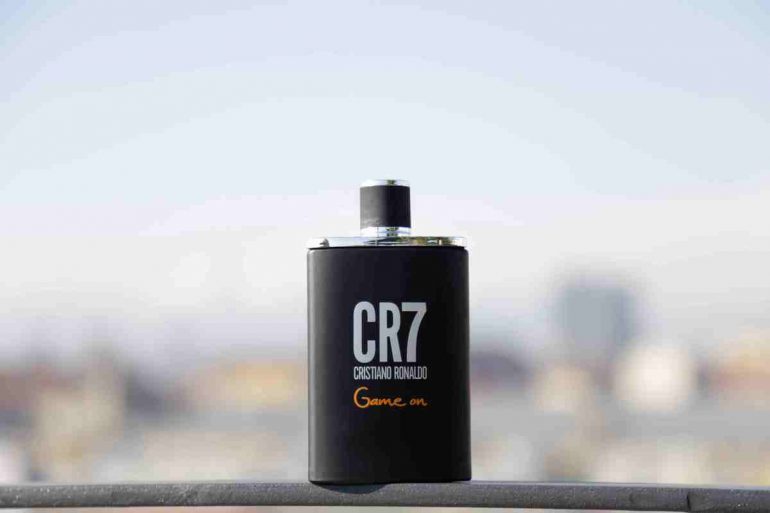 This casual evening fragrance comes enriched with cardamom and tonka bean, which combine with the woody notes of cashmere, resulting in a warm sensuality. Owing to the strong woods, its wearer can expect a vigorous intensity that won’t fade out all night. Cristiano said, “Not only does the fragrance smell great, it is long-lasting and remains with you throughout the night. It’s a smell that makes you feel great about yourself and allows you to stand out from the crowd”. 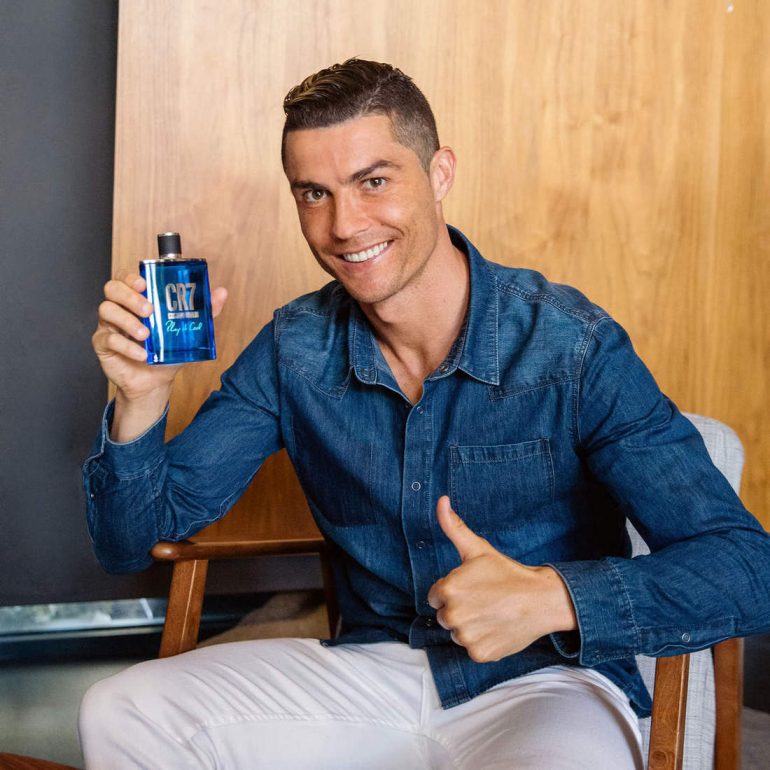 The captivating CR7 range of perfumes are sold exclusively on Myntra.