Ferrari launched the GTC4Lusso and GTC4Lusso T- two of its 4-seater Grand Tourers on August 2 in Mumbai. The GTC4Lusso from the Italian automaker is fresh to the Indian shores and is much appreciated for its unique 4-seater feature, as it caters to the prospective buyers having children and family. 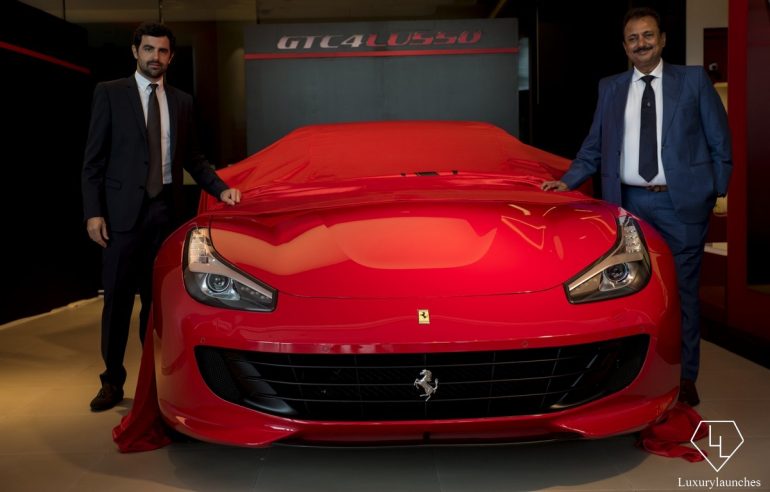 This new iteration is the successor to the outgoing FF model. The FF, however, was on the bulkier and did not have the signature Ferrari looks. Giving fresh touches to the all-new 3-door shooting brake designed Grand Tourer, Ferrari has equipped the GTC4Lusso with newdesigns for the grille and headlamps. The sides are embedded with simple lines which flow to the rear. And, the rear is armed with a roofline-placed spoiler and banks upon round tail lamps followed by a three-fenced diffuser. 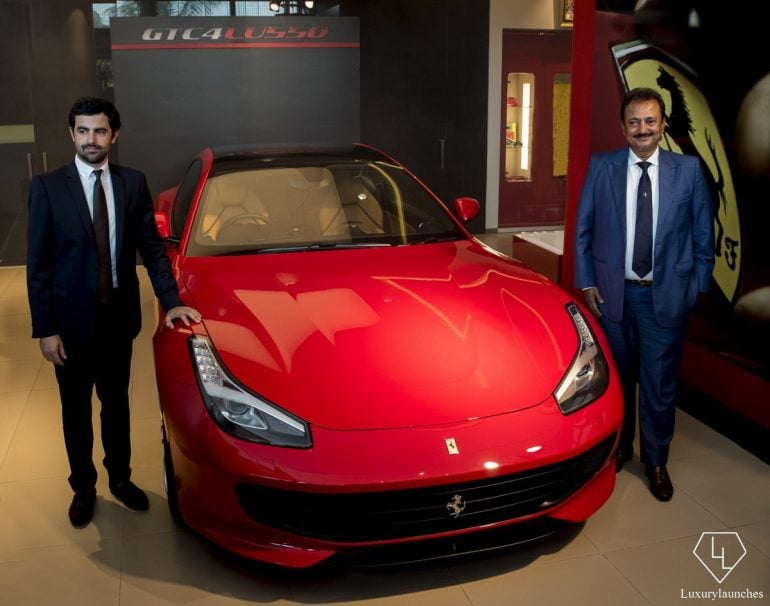 Moving in, the cabin is quite catchy to the eye, for its premium quality beige and black coloured upholstery, dashboard, and doors- using light-weight materials. The centre of attraction here is- the compact steering that gives the cabin a cockpit-type feel.

Mating the powertrain with rear-wheel steering and four-wheel drive; being first of its kind, the GTC4Lusso weighs only up to 1815 kilos. The engine’s torque delivers commendably- at low revs, which combined with the light-weight feature, makes city-cruising desirable. Also, the engine is powerful enough to thrust the car from 0-100 Kmph at 3.4 seconds.

The GTC4Lusso T has been built to serve the young audience, aged between 30-45 years as well. The two-door 4-seater GTC4Lusso and GTC4Lusso T are priced at Rs. 4.20 Cr. and Rs 5.20 Cr. respectively, and will be placed competitively with the Lamborghini Aventador and the Bentley Continental GT.

The car is aimed to serve the well heeled customers seeking a sporty and versatile car but yet is good for daily driving.