It was until recently that the Indian audience had seen something ‘mini’ from the outside but, tucked with exquisite interiors and a box of feature… The MINI fleet has been a head-turner across the globe for its modern-day design ever since its inception.

The rugged look from the outside reminding that of an angry bulldog; the MINI JCW Pro has been everything that a motor enthusiast would have ever thought of a deceptive gizmo to be! The neat Britain racing green coloured skin worn neatly across the length significantly reminds that the MINI JCW Pro edition is a racer breed; added to which come the matte black coloured strips on the bonnet, and red-coloured ORVM caps and the hood… followed by the rear spoiler. The black coloured strips are bordered by red lines on the either side running throughout the length adding to the much-needed sports feel. The interiors also add to the sporty ambiance for the neat play of red and black colours across the dash and the seats. 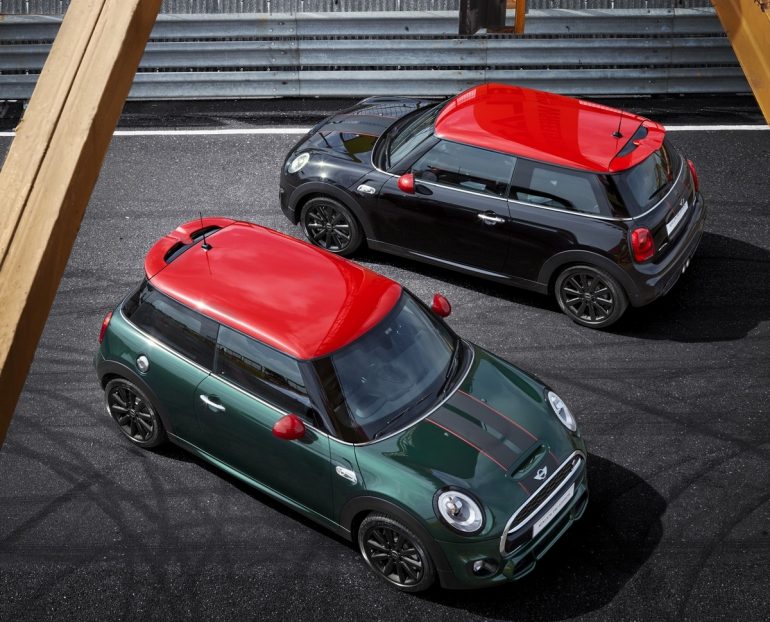 Under the ‘mini’ hood, the 2.0-litre petrol engine churns out a total power of 210 horses and a peak torque of 310 Nm with a naught to 100 kmph claim of 6.5 seconds, says the company. This power is sent through the tweaked 6-speed gearbox which sends the power to the wheels. Equipped with three driving modes – Standard MID mode, Green mode and the sport mode, the MINI JCW Pro makes it sure to create an excitement factor within the driver, by popping up a ‘disclaimer’ before switching into the sports mode which is strictly track-oriented. Meant for the tracks of Go-karting that includes narrow tracks and sharp turns, the braking system bites the 17-inch alloy wheels just right. 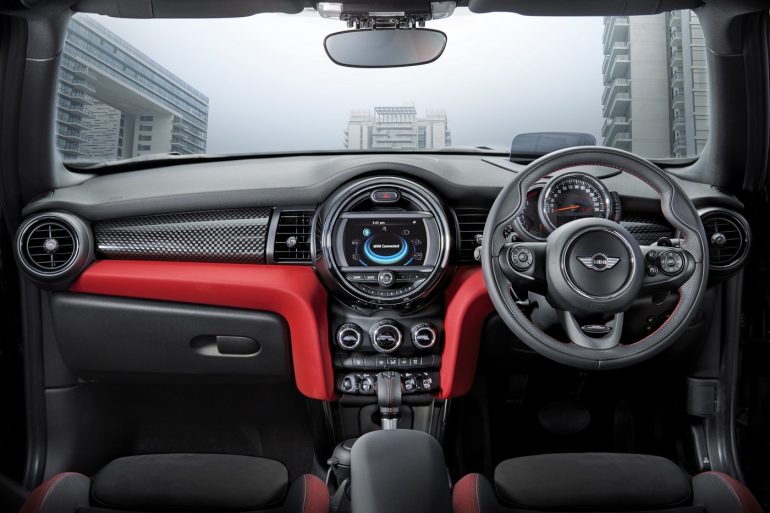 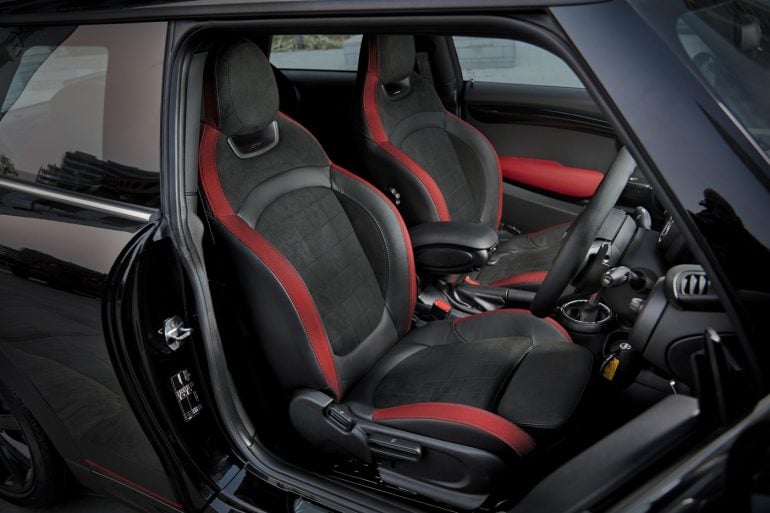