Majorly, all of us who have a little knowledge of history know the heroics of Mr. Abraham Lincoln, the 16th President of the United States. His unique leadership skills which made him see through one of the toughest historic period the Civil War & an attracting personality made him a historic president. Talking about attractive personality one has to talk about Mr. Barack Obama, the present US president. His flamboyant nature has grabbed eyeballs of the media from all over the world, be it his speeches or his recent stint with Bear Gyrlls. Now let me get down to the business, the reason I spoke about these two US presidents is because both were called the Dark Horses in their political arena & of course hailed from the USA, so the bike we will talk about also shares the same name & origin & by the end of this article you will also agree that this bike stand true to its name. 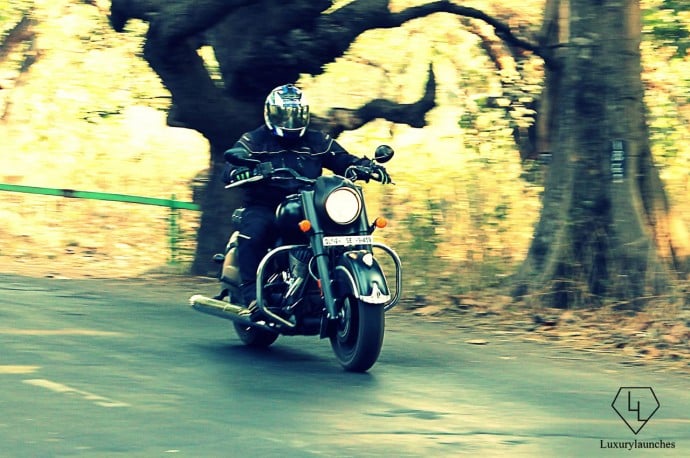 Generally when we talk about a 1800 cc motorcycle, we have a mindset that it will be a heavy duty bike with loads of chrome and maneuvering it in a heavy traffic conditions specially if you live in a city like Mumbai or Delhi will be a herculean task but the moment I picked up the bike from the Indian Motorcycle’s Mumbai showroom, the perception started diminishing minute by minute as I spent more time with this bike. 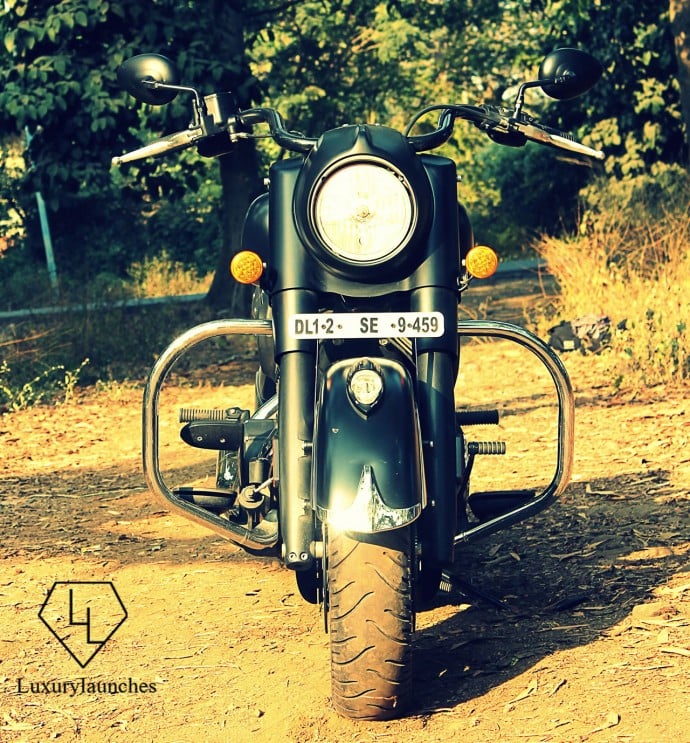 Looks & Features:
Now by the looks of it, the first impression is the complete matte black treatment given to it and a minimum use of chrome except small tinges on the Cylinder Fins, Exhaust and the Fenders. (Here goes the first perception down the drain, that all heavy cruisers are chrome laded). There is no second doubt that the Dark Horse is the sleeker and the meaner version of the Indian Chief Classic and one doesn’t need a Stephen Hawking to tell that almost all the parts are same including the engine, it’s the tried & tested Thunder Stroke 111 engine that powers the entire Chief range of motorcycles. The 1811cc V-twin engine doesn’t fail to entertain even for a second with its gargantuan 138.9Nm of torque which is delivered at just 2600rpm which will make sure the minute you twist your right hand a little more, the rear will keep you feasted till the time things go wet; all thanks to the 101 hp and that grunt through the dual split exhaust. 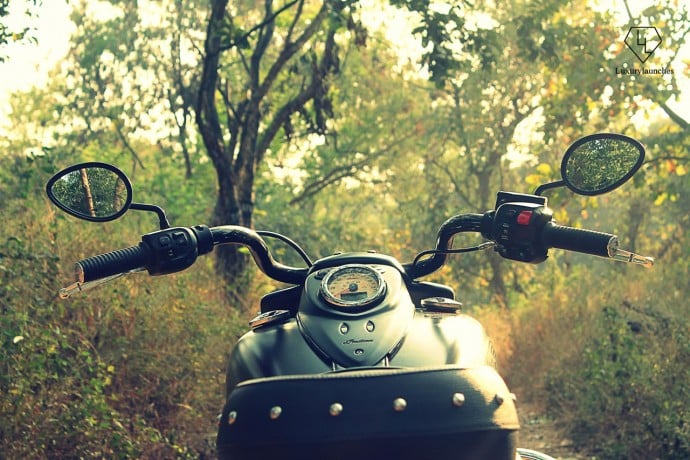 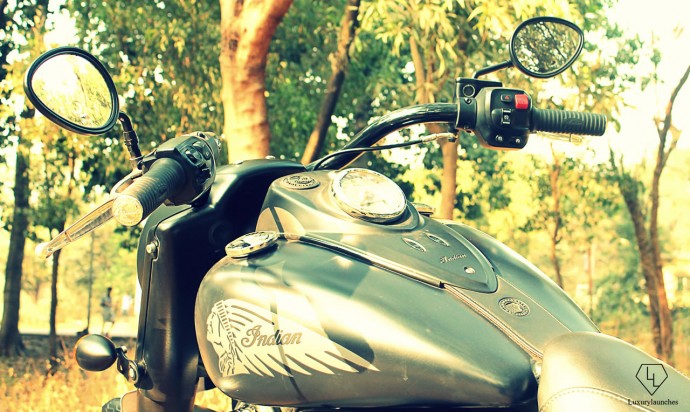 Ride Quality:
The riding posture is comfortable and practical thanks to the swept handle handlebar and the comfortable vinyl seats. The Dark Horse comes equipped with Dunlop tires and they do justice to the 357 kilo bike which is the lightest bike from the chief range. A 300 mm, 2 piston caliper single disc at the rear & same size 4 piston caliper dual disc at the font is what the Dark Horse heavily relies on when it comes to stopping this beast; heavily supported by the 46 mm cartridge telescopic fork at the front and a single shock at the rear. 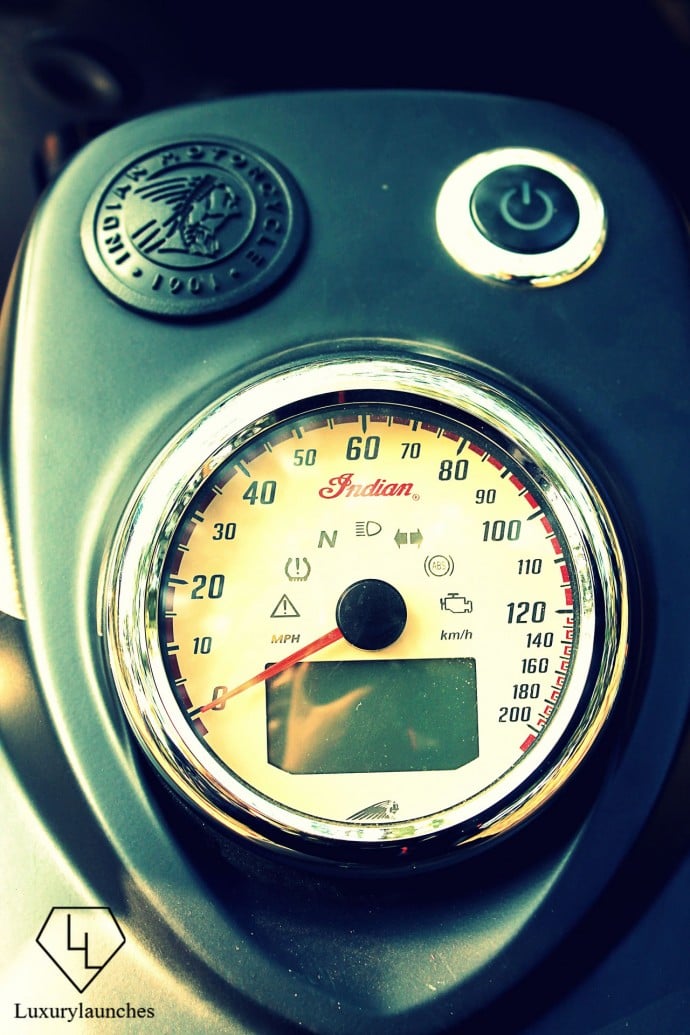 The things which need special mention are the riding and handling of this bike, taken into consideration the size and weight the bike it doesn’t let the rider put any efforts in terms of maneuvering it in traffic and it has got that 140 mm of ground clearance which is enough most of the time to clear those deadly speed breakers. Shifting is really smooth and the torque is well assigned to fit different rev range. (Here goes the second perception down the drain; heavy weight cruiser rider needs loads of muscle power and gym membership) 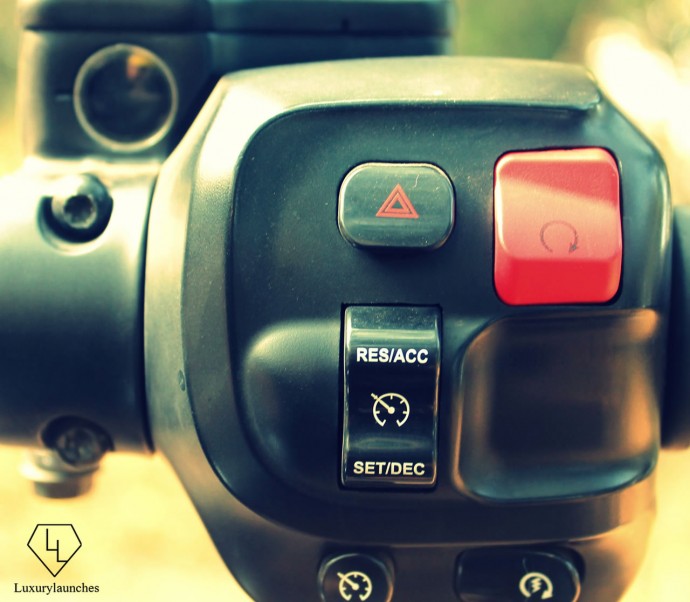 I was left with no second thought with this bike, that it has all the capabilities of being a super highway cruiser and there is no compromise in the performance as well but having said that it would have been better if the engineers would have paid more heed to the halogen lightning which doesn’t do justice to the night riding situation and also since we are heading to 2016 instead of an air cooled engine an oil cooled would definitely help the cause for the riders in India where traffic is a mammoth issue. 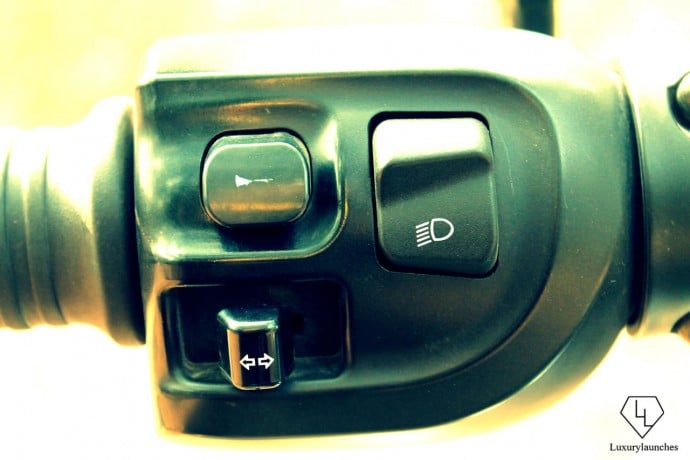 Indian Motorcycles entered into the country in the first quarter of the year 2014 & within two years have managed to gain good foothold in the country, really commendable to brand which has changed ownership several times in the past internationally to cruise ahead confidently in a country where the 150 & 200 cc segment dominates. Saying that, in recent past the luxury segment motorcycles has seen tremendous growth which has also provided other leading manufacturers like Triumph Motorcycles and Harley Davidson a serious platform to expand their customer base.