As they say, Necessity is the mother of all inventions and this is the perfect way one can describe the inception of Avantura Choppers. Mr. Gaurav Agrawal CEO, and the brain behind these mammoth motorcycles was quite discontented about the fact there are no manufacturers in the country who can satisfy his need of an ultimate shiny chopper motorcycle. After trying different aftermarket motorcycle customisations from different modifiers, Gaurav came up with this project of Avantura Motorcycles in Mumbai which roughly costed them around USD 3 million till now & build true blue shiny personalised Choppers for the enthusiasts like him. 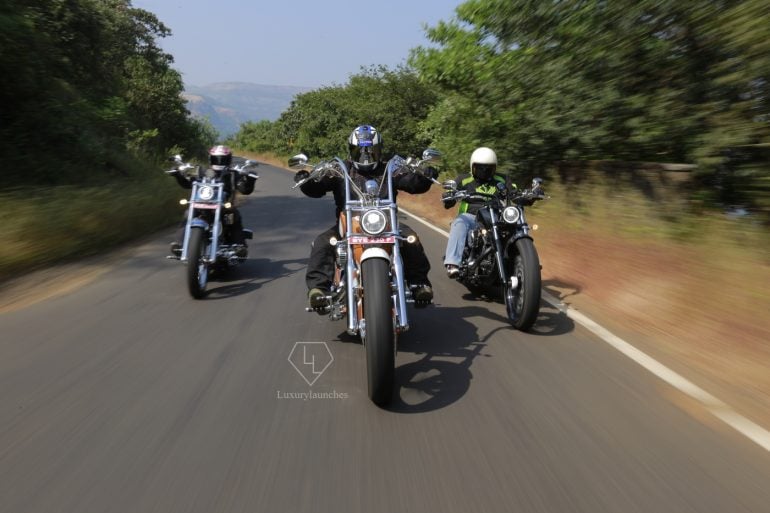 The Motorcycles:
We were invited to Mulshi, to ride the two initial models from Avantura Choppers, the Rudra & the Pravega, designed by the legendary Kevin Alsop (Founder of Big Bear Choppers, USA) who is also the Chief Design Engineer of the brand. With key strategic partnerships with S&S Engines, Beringer braking systems, Progressive suspensions, Mustang seats, Kellermann lights and Avon tires as OEMS, Avantura seems to have got their first bet right. The Motorcycles are shiny, long and makes a statement while you are on the road, be ready get mobbed for selfies whenever there is a smoke or coffee break. 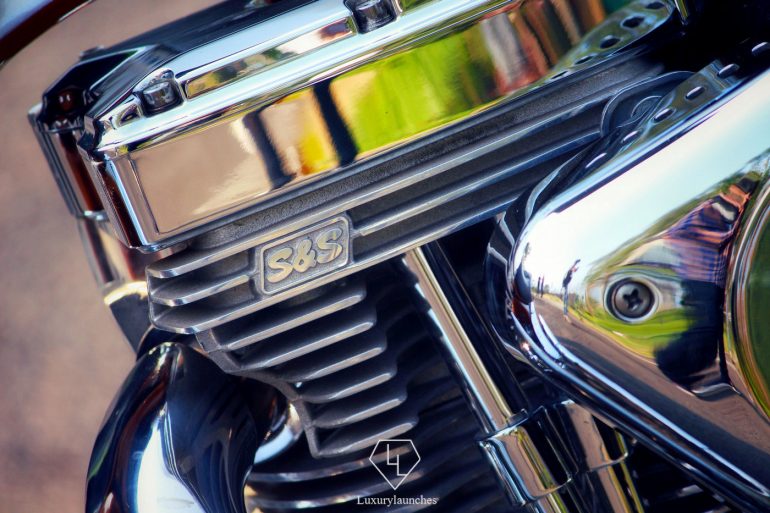 Engine:
The 2000 cc S&S engine & the 6 speed transmission is a safe bet to proceed with, thanks to its history of reliability & performance it doesn’t the motorcycles down here too. Though they are awaiting the final figures from ARAI on hp & torque but at heart it’s quite peppy and interesting. Not once they make you aware of the fact that you are on-board of a 350 plus kilo bike. It’s an air-cooled engine but then that’s what S&S makes, so heating will be an issue though in our Indian conditions. Right now only one engine spec will be available to choose from for the enthusiasts but in two different shades, Shiny Chrome & Matt Black. 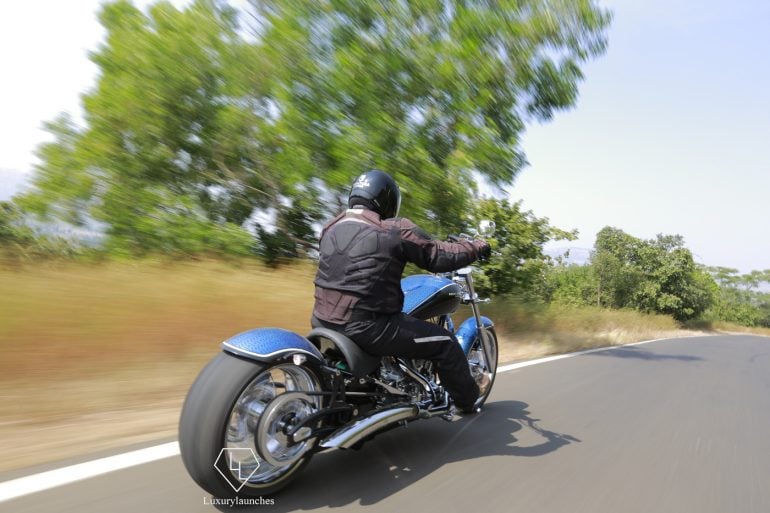 Ride & Handling:
First look is quite intimidating, the size and the length, the handlebars and a big chrome engine to greet you but then the choppers grows on you, one thing also should be considered that in our country we are not habituated to ride these otherwise special motorcycles. This invite well heeled bikers, who likes to flaunt their toys be it their Porsches or the high end Triumphs & Harley Davidsons. The seating is quite comfortable but moving a stationary bike will need some help. Turning radius will kill you, on a busy road don’t even think of a U turn because you will be a major Show Stopper (read as traffic stopper). At the first look our major concern was the 150 MM of ground clearance but luckily on the backroad of Mulshi we didn’t scrape the underbelly once, though we rode on good amount of potholes and broken tarmac but the bike breakers (read as speed breakers) will be a major concern in India. The upshift was a major concern & so was the false neutral light but we were told the product engineers are still working on it before the final product goes to the showrooms. Braking is good & so is the riding experience provided you have a strong back to deal with the potholes on the road because these bikes won’t allow long suspension travel for obvious reasons. 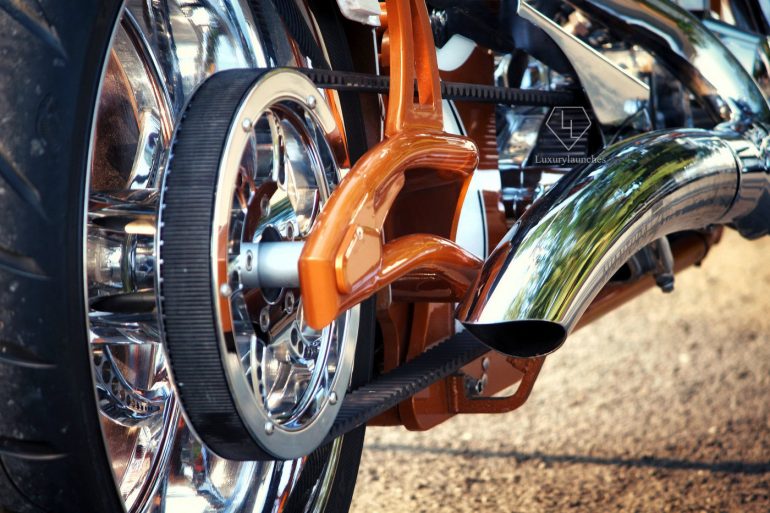 Wide variety of personalisation options would be available to every customer through their website & it will be quite a good experience for all enthusiasts for the first time in India to witness the introduction of a new breed of Motorcycles. Reliability & service will be a long run story but as of now the folks at Avantura are taking one step at a time & by next year they plan to sell 200 units. The Rudra can be yours at INR 23.90 lakh and the Pravega can be parked at your garage for INR 21.40 lakh respectively (ex showroom, Mumbai), provided you give them 100 days to deliver you the bike.