After demolishing Nirav Modi’s Alibaug bungalow, Indian tax authorities are now anticipating a substantial amount from auctioning off the fugitive billionaire’s art portfolio. Only yesterday, Nirav Modi’s entire portfolio of rare oil paintings were put under the hammer, a first for tax authorities who usually auction property and gold.

Art auctioneer Saffronart was appointed to pursue the move after Indian courts sanctioned the auction. A colossal portfolio of 68 works were expected to come in the limelight on Tuesday, anticipating anywhere between 30 crores to 50 crores ($4.4 million – $7.3 million). 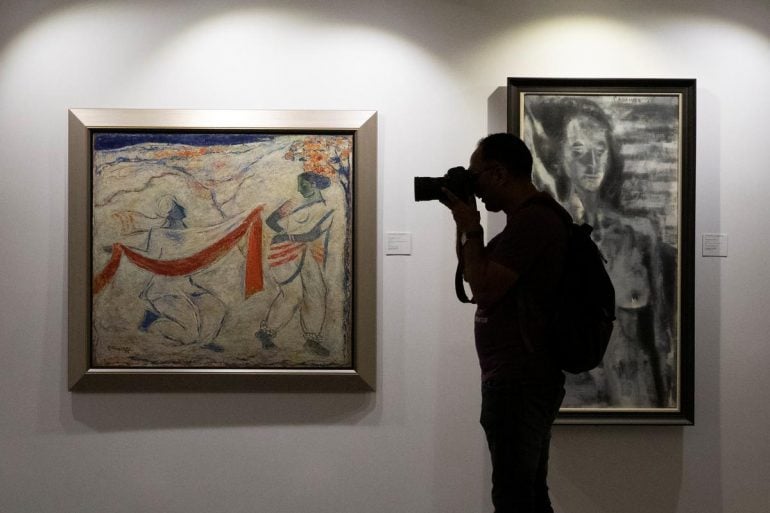 Nirav Modi, a luxury diamond jewellery brand with over a century of diamantaire legacy, is now notorious for its involvement in a $2 billion bank fraud with Punjab National Bank. Nirav Modi was arrested last week in London, after Indian authorities pressured British authorities to interfere.

Modi’s portfolio will be highly attractive to art connoisseurs as it entails works by Raja Ravi Varma and V.S. Gaitonde amongst others.

“We believe that the collection’s intrinsic value will garner a positive response from collectors,” said Saffronart Chief Executive Dinesh Vazirani.