'Dahlia' - getting a water cannon salute at Delhi's IGI airport.
Some bubbly before take off.
KLM's luxurious lounge at Schiphol airport.

Stepping inside the shiny blue aircraft I was greeted by a soft floral fragrance and the new car smell. I was onboard a brand new Boeing 787 Dreamliner was on its fourth flight from New Delhi to Amsterdam. Christened the Dahlia it along with the Dreamliners of the Royal Dutch Airlines are named after flowers. I was onboard the 8 hour flight to experience the new ‘World Business class seats’. 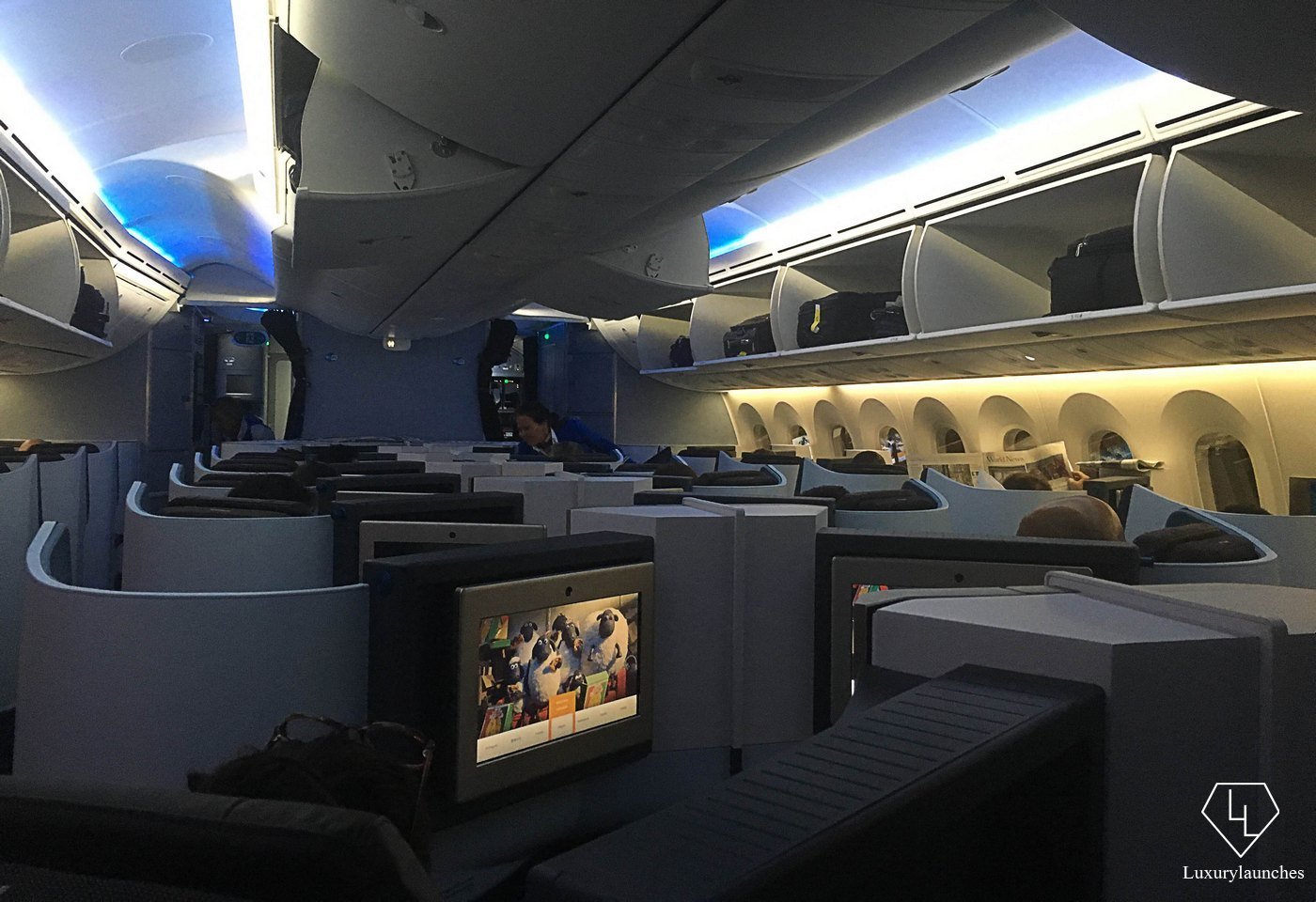 The brainchild of Dutch designer Hella Jongerius the business class cabin is quintessentially Dutch. The 30 business class seats are positioned in 1-2-1 configuration, so everyone has direct aisle access. The center seats are angled towards each other at the foot, I was on the left center seat and when sitting at the shoulder level at which we judge privacy the distance between me and the next passenger was almost double than in a straight ahead configuration. You don’t share any space with your neighbor, period. 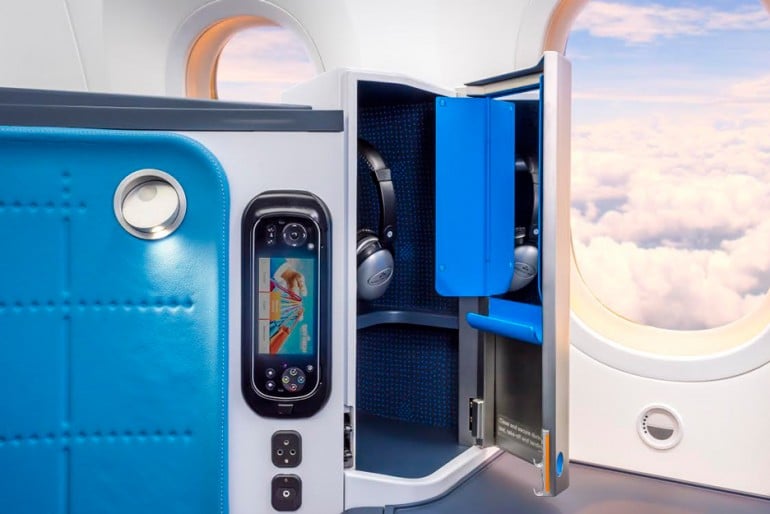 I particularly liked the mini storage compartments next to the seats. Inside were a pair of noise cancelling headphones, it’s an ideal place to keep your wallet, mobile phone and small personal items. And, ladies there is also a mirror for some post landing touch ups.

The Dreamliner comes with Wi-Fi and a spruced up in-flight entertainment, that is served on the 16 inch HD touchscreen and a touchscreen remote control. The extensive options can be easily accessed with touches and swipes on the intuitive system. Unfortunately due to a glitch (very common with new aircrafts) I was unable to access the complete list of movies or play them. I put on some soft music, reclined the seat a bit, sipped a cocktail (the flying Dutchman), bit into some cheese cubes and decided to call it a night. 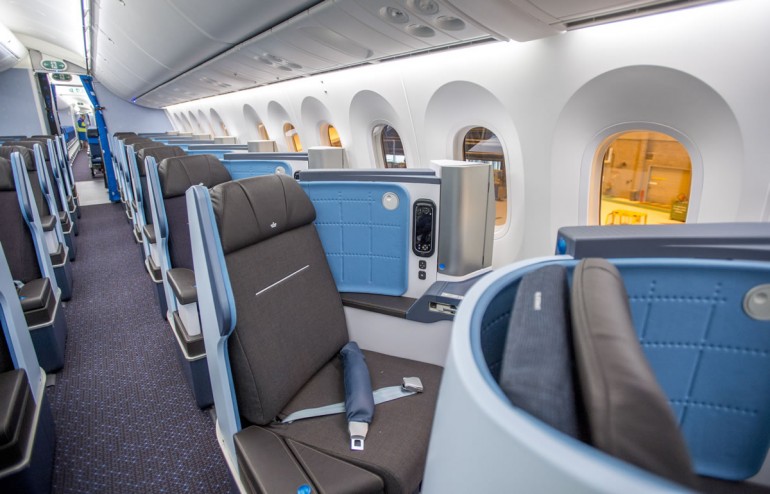 When fully reclined the seats turn into almost 2 meter long beds. The firmness and cushioning was apt to put a light sleeper like myself in a slumber. It was then I realised how silent the cabin was, it did not have that typical engine hum that you need to wait for your brain to filter out. It was good to see the flight crew tip toeing to make sure that the passengers are comfortably and safely tucked in. 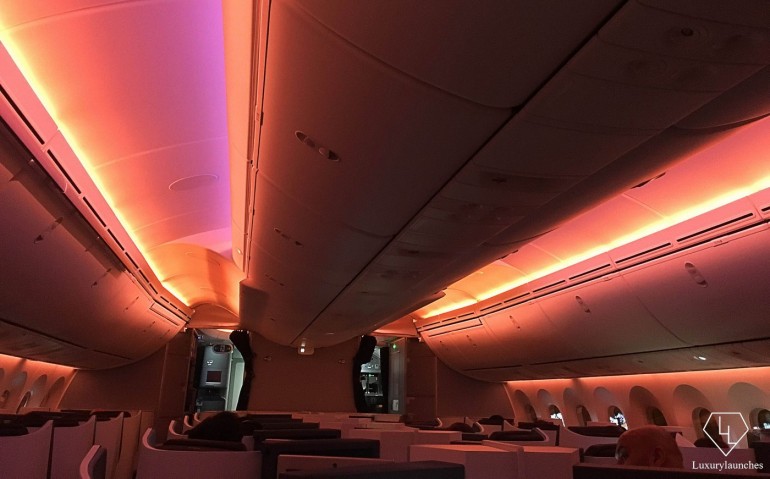 The LED mood lighting (unique to the Dreamliner) effortlessly transitioned the cabin ceiling from a dark night sky to a sunrise simulated with a warm orange glow. If staring out of the window is your thing even by the slightest margin then I would highly recommend getting a windows seat as the windows on the Dreamliner are 30% larger than competition and come with electrochromic dimming system that alter the opacity of the window with a button. 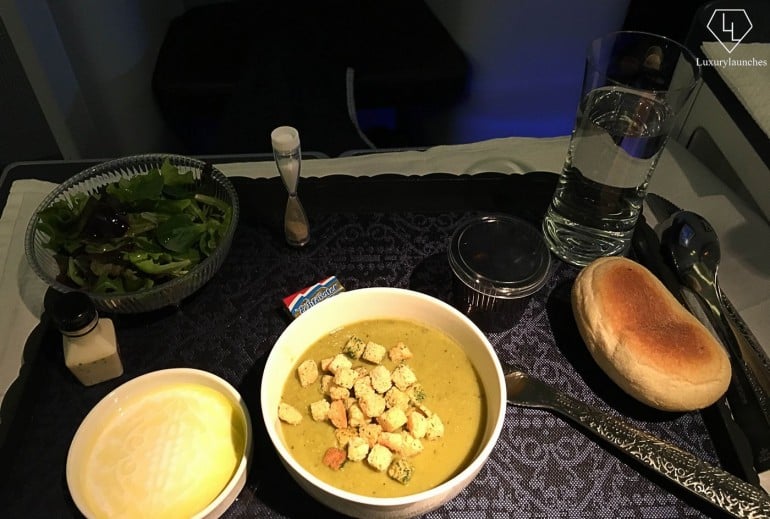 In-flight gourmet food is in vogue and tantalising the taste buds onboard KLM’s business class is a special menu created by three starred dutch chef Jacob Jan Boerma. The vegetarian menu included pumpkin soup, salad, followed by a sandwich and a delicious apple pie. All of it served on some beautiful tableware designed by Marcel Wanders. I particularly liked the steampunk inspired design on the silverware and the twisted coffee stirrer.


Just before touchdown at Schiphol we were given a KLM Delft Blue House, or Huisje, made from porcelain and filled with Genever, a Dutch gin the houses are a collectible. Along with KLM’s hospitality keeping me comfortable were the host of technologies at play onboard the 787-Dreamliner. They help take out the worst bits of long haul flights – no ear popping, no dry skin and no tiredness.

KLM business-class fare from New Delhi to Amsterdam cost from Rs 150,000, inclusive of all taxes and charges. To book visit – KLM.com.

The writer was invited by KLM but the opinions expressed herewith as his own.