Comprehending the power spurt out by the Italian performance cars, many across the world were envisioning an SUV breed disguised as a silhouette for the heart pumping speed… Lamborghini made it happen by launching its second SUV – Urus. 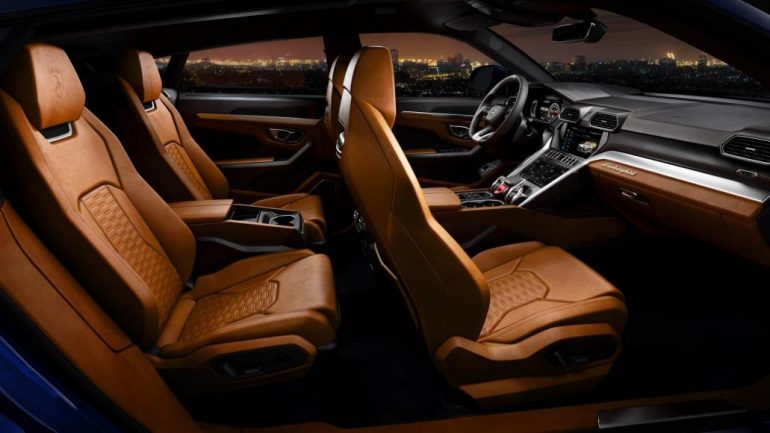 Automobili Lamborghini, the Italian supercar maker on 11 January, 2018 announced the launch of its much-awaited luxury performance luxury SUV, Urus here in Mumbai at a price tag starting at Rs. 3 crores. The performance SUV is loaded with over a dozen of features and attracts a wholly different segment in the Indian car buyers’ market. 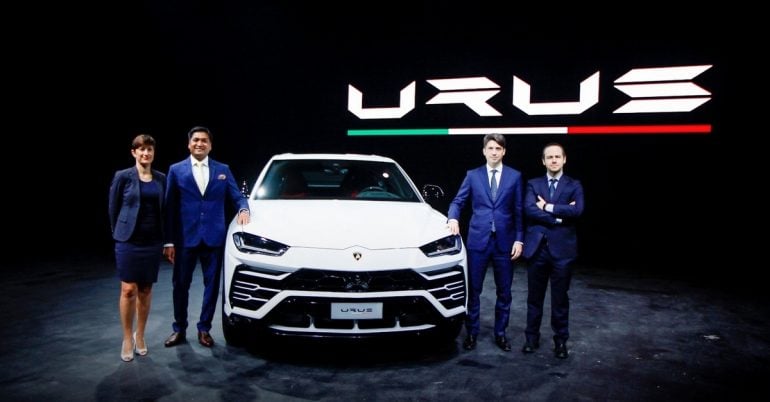 The impressive stances by Lamborghini are that the company launched the car in India just after 38 days of its global unveiling and shares the MLB platform with the Bentley Bentayga, Audi Q7 and Porsche’s Cayenne. The super sports utility gizmo dons the car maker’s first turbo-charged front-mounted powerful 4.0-litre V8 that puts out a peak torque of 850 Nm and churns out 650 PS of maximum power.

The performance SUV can sprint from a standstill to 100 kmph in mere 3.6 seconds and can mark a top speed of 305 kmph. Also the V8 is mated to an 8-speed torque converter, while the car can make it through a mix of rough terrains or neat tarmacs at the racetracks for the agility provided by its 4WD, rear-steering, torque converting rear differential that is borrowed by the Aventador S. Its aerodynamic design, aluminum components, dashboard and boot space majorly crafted with Carbon fibre, and carbon-ceramic front disc brakes further reduce it overall weight thereby surging the performance even more.

The Urus also possesses a long wheelbase of 3, 003 mm with 21-inch wheels, with an option 0f 23-inch wheels. The 2.2 tonnes weighing SUV can switch across six driving modes namely -Strada, Sport, Corsa, Neve, Terra and Sabbia or in the Ego mode the driver can fully customize the driving mode as per the need of the road.

Speaking about the design and luxury exhibited by the Urus, the large air dam placed just in the middle underneath the sleek headlamps breathes gallons of air; moving towards the sides, the contouring lines add to the graphics; on the back the Lamborghini moniker sits neatly between the stretched-back tail lamps while the coupe-like roof adds to its beauty. In the cabin, the upholstery feels rich with the red and black colour, while the dash looks neat with various features and buttons to toggle on.

Urus is the brand’s second SUV which draws various cues from the Miura, Murciélago, Countach and the former SUV LM002.