While you may not be banished from your local Japanese joint for misusing your chopsticks for sushi, the appropriate way to devour sushi is more of an art. Boston restaurateur and owner, Chef Ting Yen along with his son Kevin Yen, have conceptualized Palladium hotel’s newest addition, Yuuka. Chef Yen engaged in a little sushi session with us, when we hinted that most of us may be a little conscious when having sushi. Surprisingly enough, eating sushi is not exactly rocket science!

Pour only a minuscule amount of soy sauce into the bowl; you can always add more later if needed. 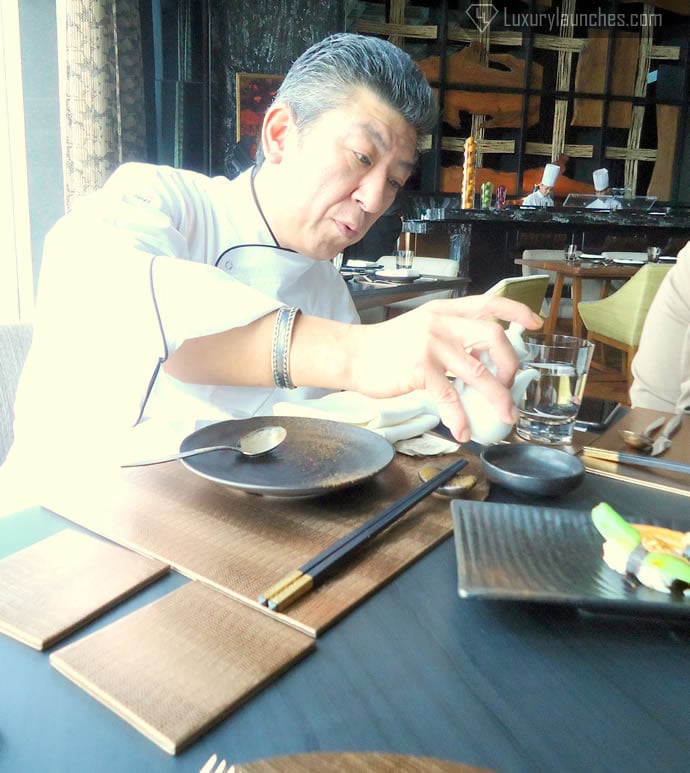 Believe it or not, no matter how much you enjoy spice, turning your soy sauce into a cloudy mess by mixing in wasabi is not the proper way to eat sushi. The chef will have already added small amounts of wasabi to each piece, based upon the type of fish, to bring out flavors. 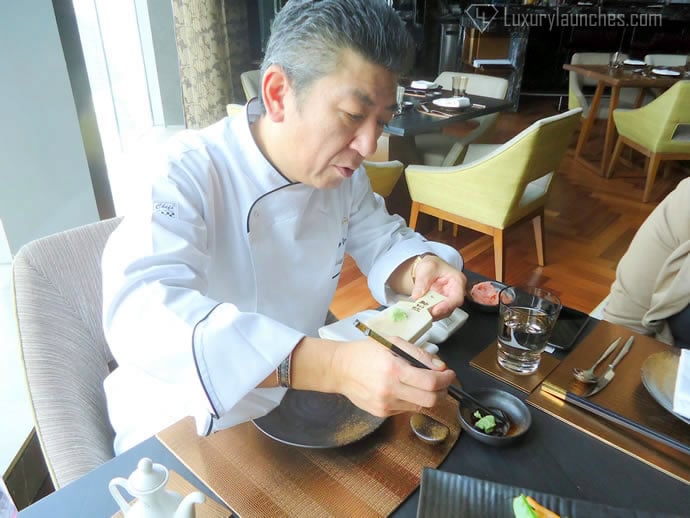 Fresh ginger is provided to cleanse your pallet between bites and should never be eaten at the same time with a piece of sushi. 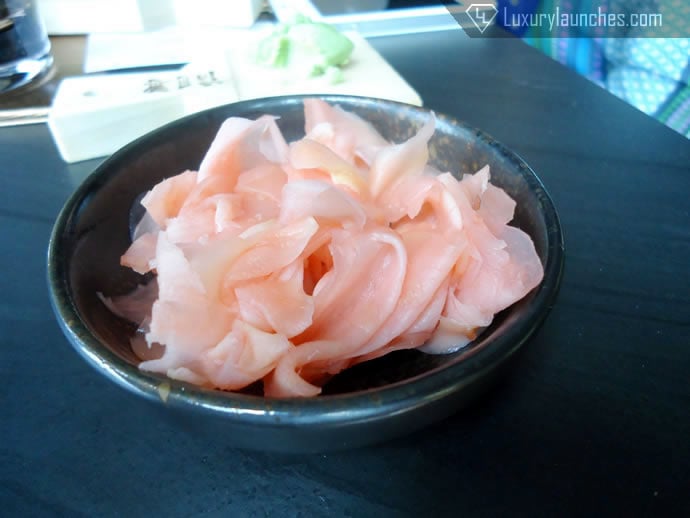 The traditional way to eat sushi is by lifting a piece between your thumb and middle finger. Picking up the sushi with the fingers allows you to feel the texture and helps to keep it together, rather than damaging it with wooden sticks. Regardless, you’ll be forgiven for using chopsticks. Turn the piece upside down by rotating it counter-clockwise, then dip only the fish into your soy sauce — never the rice. Not only will the rice absorb too much soy sauce and change the texture of the bite. 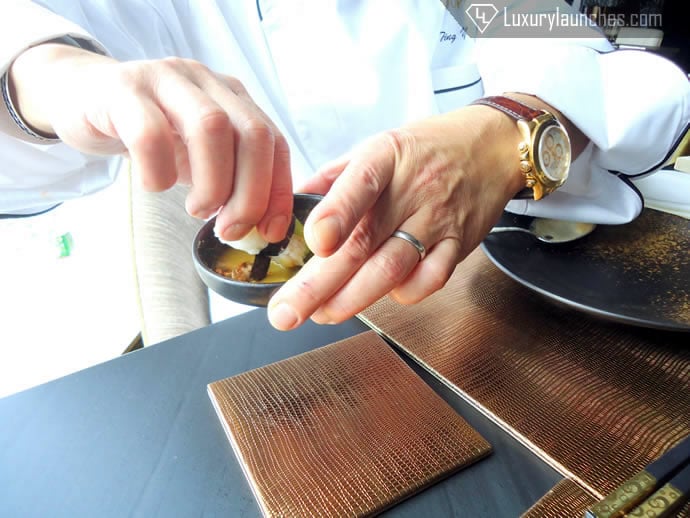 1. So I’m convinced most of you have the misconception that sushi is all about raw fish, when in fact, sushi begins with the rice. Conventional sushi is actually cooked vinegared rice combined with other ingredients. It just so happens that more often than not those other ingredients tend to be raw fish.

2. I know most of our amateur Japanese foodies stress over the proper way of eating it. Indeed, scraping bamboo sticks together to avoid splinters is a no-no. In fact, some Japanese folks do prefer eating with their hand or using the predictable fork and knife duo. Just slide the fork on the bottom of the sushi, dip in into the wasabi-sauce mixture and consume.

3. Over and over again, sushi chefs have told me that if they see people adding extra wasabi to their sushi or to their soy sauce, they immediately stop giving them their best fish because they know they won’t be able to taste the difference. Chefs put just the right amount of wasabi into the fish when they make it at the sushi bar. Often, at a good sushi bar, they are calibrating the amount to a particular fish, depending on its richness. You are messing up that calibration if you add more.

4. Ginger is meant to be a palate cleanser, like a sorbet between courses in Western cuisine. It is designed to have a bite of between different pieces of fish to cleanse the palate and prepare the tongue for the flavours of the next fish that the chef is going to serve.

5. Nigiri, commonly known as “the strip of fish that rests on a bed of rice”, is not intended to be eaten with chopsticks. In facts, you are supposed to pick it up with your hands. The proper way to eat nigiri is to pick up a single piece with your hand, invert the nigiri into your small saucer of soy sauce then consume. Avoid dipping the sushi rice into the soy suace as it diminishes the flavour of the rice.