Mercedes’ performance arm, AMG recently launched the AMG GLA 45 and the AMG CLA 45 in India. Both the cars are face-lifted versions and mark for the 6th and 7th AMG cars to be introduced in India. The pricing figures are not touched, and the AMG GLA 45 is priced at INR 75.20 lakh while the AMG CLA 45 starts at INR 77.85 lakh. Both the AMG’s are launched in the Aero edition as well which will have customer customization where the prices are slightly hiked with the GLA 45 at INR 77.69 lakh and the CLA 45 priced at INR 80.7 lakh. 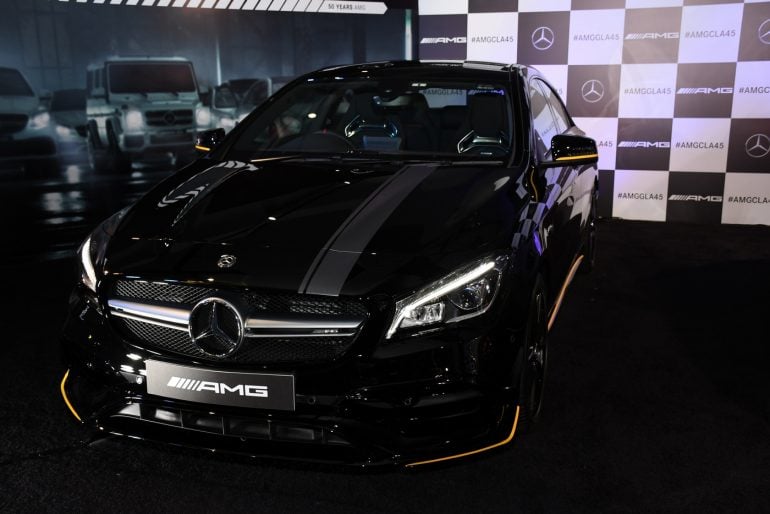 Under the Hood
Both the cars share the same 2.0-litre, four-cylinder, turbo-petrol engine which is powerful enough to produce 381 hp of maximum power and 475 Nm of peak torque. This powerful mill is mated to a seven-speed dual clutch automatic transmission which powers all the four wheels through the Mercedes’ 4Matic system.

Exteriors
The new models have received many plush tweaks in terms of the exterior. Features like the new front and air diffusers, LED headlamps and a fresh lip spoiler are present on the CLA 45 while the GLA 45 also boasts similar changes with a boot-mounted spoiler. From the front, both these performance beasts look aggressive for their strategically placed AMG badge on the slat along with the chrome strip running right through the centre of the large air dam with big diffusers on its either sides to draw more air and give the driver a more confident and road-committed drive. 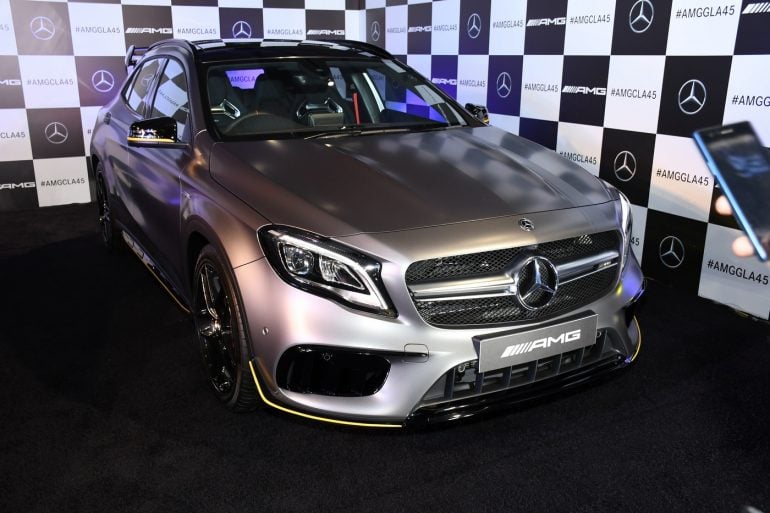 Both the AMG’s get 19-inch alloy wheels, where the CLA 45 gets twin 9-spoke design but the GLA 45 gets single 9-spoke wheels. The other features are projector LED DRL headlamps, LED taillamps and a rear diffuser with a quad-exhaust setup.

The Aero edition will get differentiating cosmetic updates like sporty yellow lines on the wheels, ORVMs (outside rear view mirror), sides, and the front and rear bumpers.

Interiors
Moving inside, the steering wheel and the central console are placed strategically for the convenience of the driver thereby making it a driver-friendly drive. The 8-inch infotainment system, tweaked instrument cluster, and a 360-degree camera are included on the kit offered on the performance cars. The facelifted cars receive red coloured strips and streaks on the interiors with red stitched leather seats while that of the Aero edition receive yellow on the interiors.

Both these cars do not sense any direct competition from the competitor brands in the Indian market since they fall in the performance segment and are placed in the affordable price bracket.