Luxury car maker Mercedes-Benz India on Tuesday launched the new Maybach S 600 Guard — one of the first civilian vehicles to be certified with the highest ballistic protection level VR10. 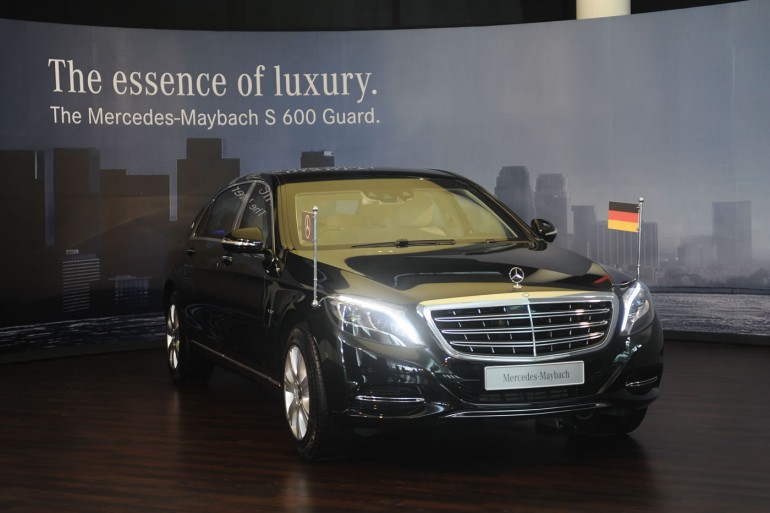 The Mercedes Maybach S600 Guard is regarded as one of the safest passenger cars made till date with highest levels of protection offered for different scenarios. The whole car weighs 4.7 tonnes and powering this civilian tank is a 6.0-litre V12 engine producing 523 bhp and 830 Nm of torque. It is capable of doing the 0-100kmph sprint in 7.9 seconds. Thanks to 830Nm of torque and the 7G-TRONIC automatic transmission, the Mercedes-Maybach S 600 Guard combines lower fuel consumption with an impressive acceleration for a rapid escape from the danger zone when under threat. For weight reasons the top speed is electronically limited to 190 kph. The vehicle also has an ERV 2010 rating (Explosive Resistant Vehicles). After the inspection by Germany’s Federal Office of Criminal Investigation, the vehicle was approved without any constraints. 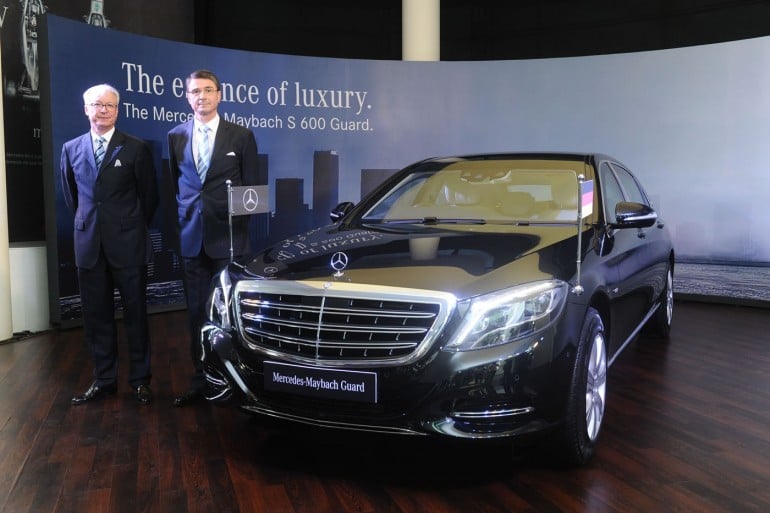 The Mercedes-Maybach S 600 Guard delivers a superior performance thanks to its powerful V12 petrol engine, which generates 390 kW (530hp) power. Other protection features present in the car are, a panic alarm system, fire-extinguisher system with automatic activation, an emergency fresh air system and a 360 degree camera system. Latest technology has been used to to offer the best protection available to civilians. 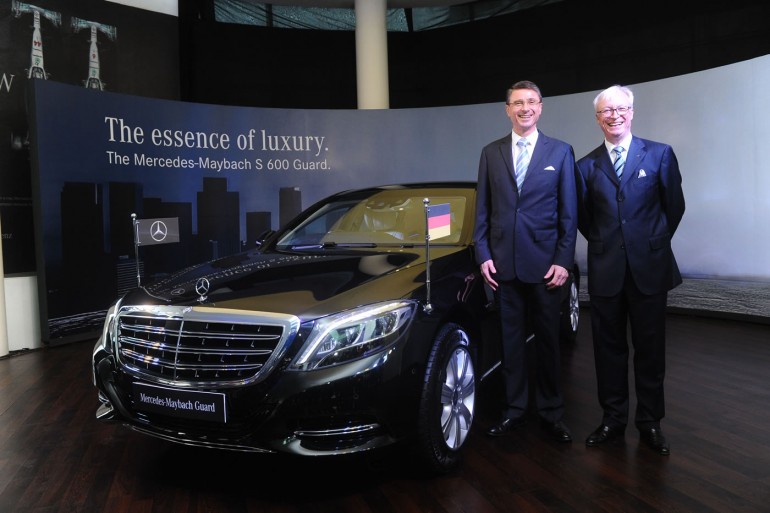 The Mercedes-Benz Maybach S 600 Guard was launched at Rs 10.5 crore (ex-showroom, Delhi), making it the most expensive Merc in the company’s India line-up.