The powerful German Car manufacturer Mercedes, just added another gorgeous car to their lineup. The S400 is the third launch this year for the German brand after the GLE450AMG, Mercedes-Maybach S600 Guard. 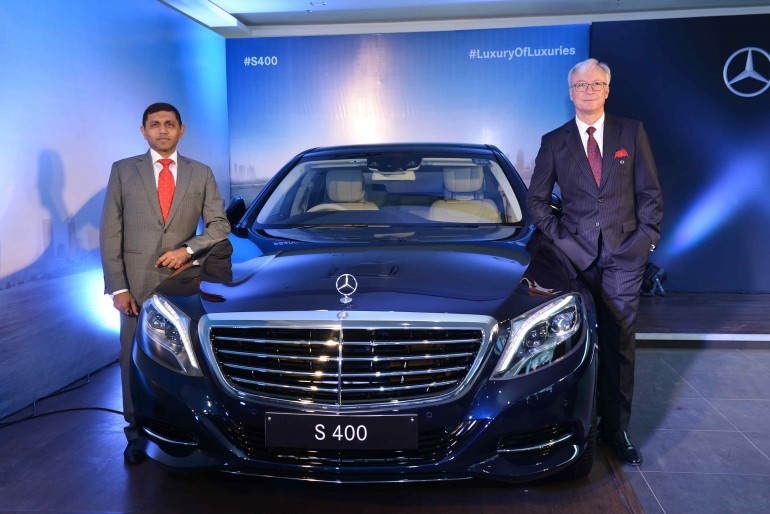 Sitting below the flagship S500, the new S400 doesn’t miss on any of the comforts and features offered on the top of the line model, but is a less powerful and relatively affordable variant. The new variant of the S-Class is positioned between the S350 and S500 trims, while also being the second petrol-powered version of the Stuttgart based automaker’s flagship sedan.

Retaining it’s timeless design, the only visible difference from other models is only the badge at the rear. The cabin is draped in Napa leather and has been fitted with Mercedes’ COMAND infotainment system. In terms of creature comforts, the Mercedes S400 is loaded with all the creature comforts including the air balance package, seat memory function, chauffeur package, customisable interior upholstery as well as rear seat tables. The rear seats also get 10-inch screens for improved on-the-go entertainment, while the cabin also gets seven different ambient light option. All four passengers also get the luxurious 16-way seat massagers for relaxed cruising.

Under the hood, the S400 houses a 3.0-litre V6 unit that is good for 333PS and 480Nm. All of this power is sent to the rear wheels via the same 7-speed GTronic transmission that also does duty on the S500.