Montegrappa’s limited edition series has been the Cult Collection, that honoured individuals, artists and elements of popular culture. With a fun loving streak they now present the writing instruments commemorating the dreaded adventurers who terrorized those traversing the Caribbean through the 16th to the 19th century. Immortalised by writers, the sword wielding pirates that donned an eye patch have become one of the most appealing villain characters in history. Despite the fact that the pirates are cruel and wicked, there is something about their wanderlust, independence and rebelliousness that have combined to make them evergreen characters. 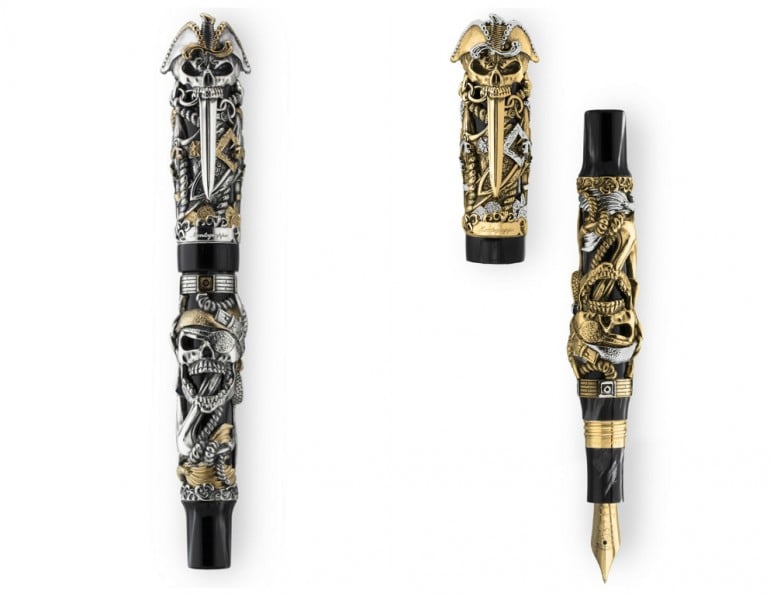 Montegrappa is moving with the sentiments of their consumers and has come up with their new collection of Pirate Pens. Offered as piston fed fountain and rollerball pens, the Pirates writing instrument is made in Charcoal Black celluloid and a die-cast precious metal barrel and cap. This remarkable masterpiece has been produced in both Sterling silver and yellow gold. Packed with intricate details, the barrel and cap bear the grinning skulls and bones known as “the Jolly Roger”, with the crossed bones this corsair’s hat, and a sword serving as the pen’s pocket clip. The Pirate Pens also feature ships in full sail and a representation of the mermaid Syrena, whose fate was interwoven with the notorious pirate Blackbeard. 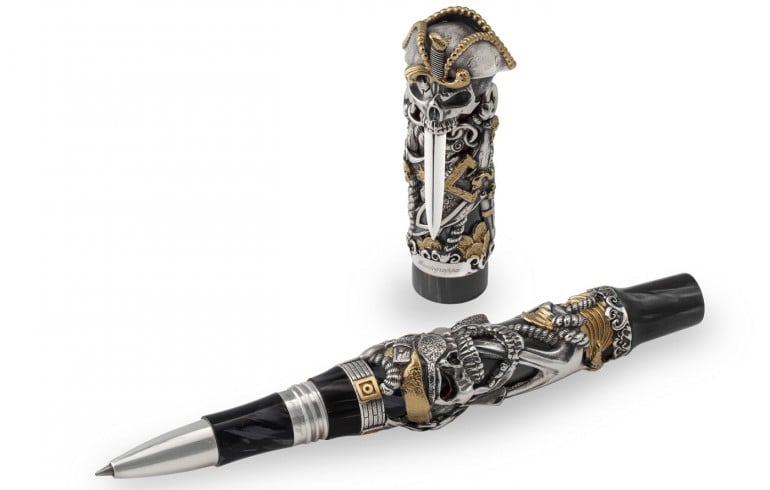 Limited to 399 fountain pens and 399 roller balls in silver, and nine of each in gold, the number represents the nearly 400 tons of gold treasure that one of the pirates is believed to have buried in various spots.

Fitted to the Pirates fountain pen is a nib made of 18k gold, offered in three different writing grades. It is embellished with a Jolly Roger pattern and each Pirate Pen arrives in its own “treasure box” finished in red lacquered wood with a black interior. These pens are priced at INR 3.59 lakhs onwards.