Montegrappa’s most clever creation, The Brain Pen, challenged the company’s designer’s in a way that no other had before, How to embody the intricacy of the most complex organ in the body in a hand held writing device. The subsequent pen that was created was so successful that its sister was conceived to complement the vessel of the mind and the personality.

Montegrappa’s main collaborator and inspirer, Dr Richard Restak, has provided the book which will accompany each Memory Pen.

Produced in pearlised yellowcelluloid, with either sterling silver or solid 18k gold parts, the Memory Pen is as fascinating as the topic that stimulated its creation. The colour yellow was chosen because it is the colour most associated throughout the ages with memory. The upper part of the Memory Pen’s barrel depicts the different type of long term memory which include, episodic, semantic and procedural. 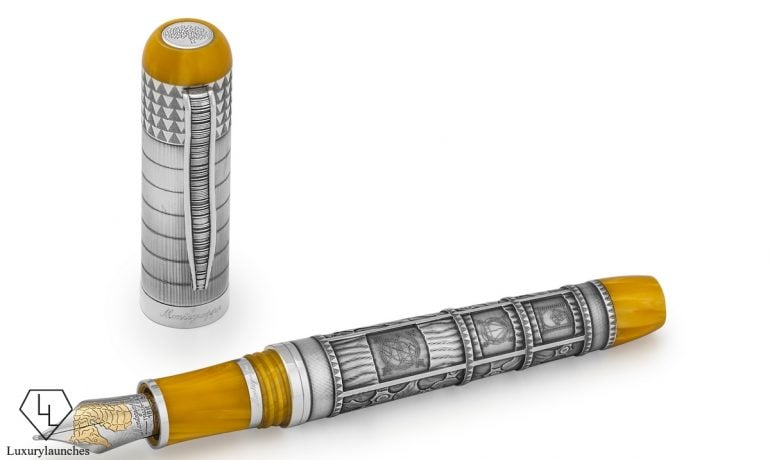 Gracefully embedded within these three divisions on the pen’s barrel are three seals of memory. Triangular shapes are etched upon the circular metal parts, representing the writing of new memories, with the apex pointing downward, or the experiencing old memories, with the apex pointing upward. On the side of the barrel are three compartments representing the past, the present and the future. The cap of the pen has seven lower rings representing the average maximum number of items that can be stored in the memory at one time. The five thinner rings denote the five basic senses upon which all memories are created.

Shaped in the form of a seahorse, the pocket clip represents the hippocampus and the amygdala, two structures important in the initial stages of memory formation, with brushed steel to show the communication between these parts of the brain. A seahorse is also etched on the nib, just like the Brain Pen. 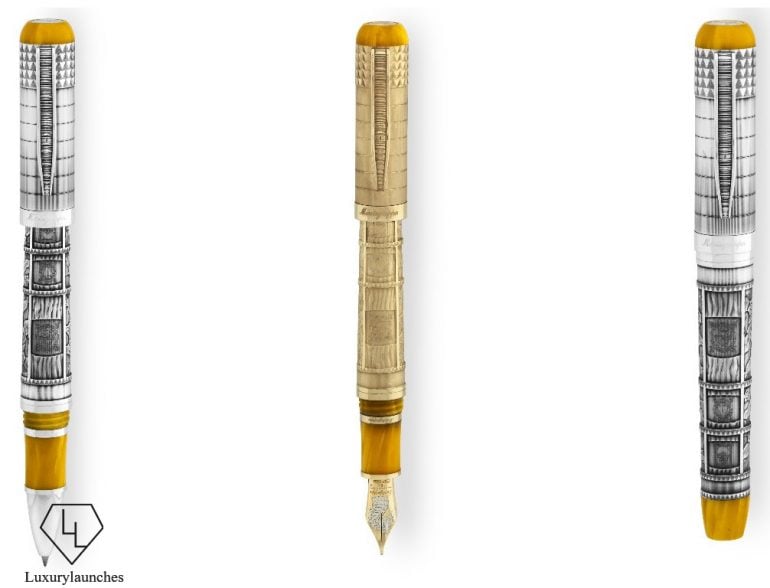 The Memory Pen will be limited to 300 pieces with each of the fountain pens and the rollerball in sterling silver, to represent the P300 electrical wave produced by the brain, which effectively, correlates the memory with intelligence. The solid gold version will be offered in a series of 20 each of fountain pen and rollerball. The Memory Pen arrives in packaging as inspiring as its contents.

These pens are available in select Montegrappa boutiques across India.