Recently, the iconic Olive Bar & Kitchen completed 17 years of being in business. The restaurant for two decades has been a venue to celebrity birthdays and where the fit and famous revel in culinary delights that still keep them walking through its doors. To kick off the celebration of years of culinary and business success, the restaurant made some exciting changes to the restaurant menu and approach.

The revamped and re-harvested Olive
Walking into the restaurant, I noticed that its internationally-known boho-chic vibe, with the trademark blue door and whitewashed walls was still retained. However, a full kitchen garden for growing fruit, vegetables, herbs and micro greens and a pickle bar have been added. The outdoor space now features sliding partitions that allow more privacy when dining al fresco.

Flipping through the menu, I realized that the culinary ethos have also gone completely local in terms of sourcing food. Head Chef Rishim Sachdeva took me through the menu and spilled the beans on the all-new organic approach. Having been at the helm of Marco Pierre White’s Michelin starred ‘The Oak Room’ , Chef Sachdeva and his culinary flair needs no introduction.

I was told that the same ethos have been applied to the beverage menu, created by industry veteran John Leese. With a ‘slow’ approach to promptly-prepared drinks, the bar team is serving cocktails created using house-made infusions, cordials, seasonal shrubs made with herbs from Olive’s kitchen garden. Being someone who abstains, I settled down with my Iced Pomogranatea which tasted just as exotic as it looked.

Digging in
My meal started off with the vegan Trio of Beetroot salad, something I wasn’t too excited about. The beetroot cooked three ways (braised, pickled and roasted) on a bed of red and green butter head lettuce was nothing like your average beetroot salad. It was enlivened by fresh coconut carpaccio, yoghurt made from young, fermented coconut juice and flesh, and fresh serrano chili and pepper salsa. Next up was the Seasonal Pears and Romaine Hearts. The succulent pears pickled in house-made plum vinegar had the perfect balance of sweet and savoury and made me fall in love with salads like never before. 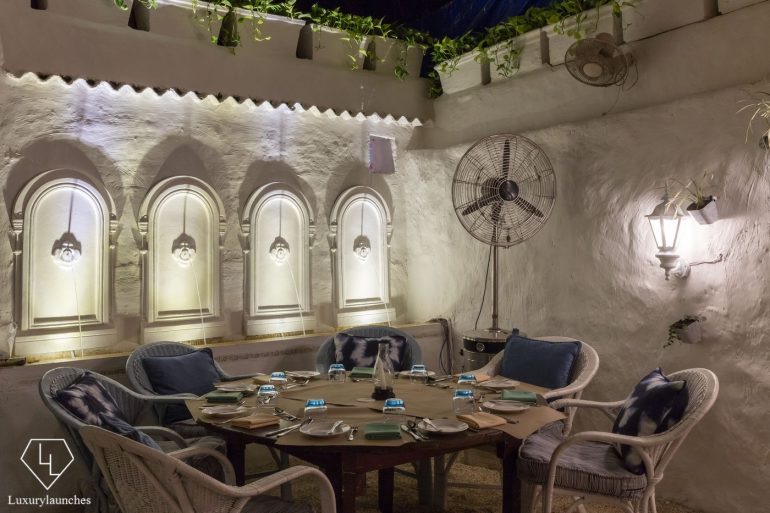 After smacking my lips in some smashing salads, I couldn’t wait to try the appetisers! The first one was the Cauliflower and Leek served with served with leek XO sauce and crunchy, roasted nuts. One bite and I was convinced that the humble cauliflower when elevated with florenta in leek oil could transcend into an incredibly palatable delicacy. The non-vegetarian pick by Chef included Lamb Ribs that were smoked, slow-braised and cooked sous vide. Served with charred asparagus salsa, 6-day aged young sweet corn miso, lamb jus, crispy corn husk and charred corn, it was downright fantastic. The last in the appetisers was the Pan-seared Scallops that arrived with a drizzle of parsley. Combined with organic Jerusalem artichoke puree and chilled black bean tabbouleh, the heavenly delight left us craving for more.

For the mains, we zeroed on the delectable Sun-dried Tomato Orecchiette. The Sun-dried heirloom tomatoes in a basil-garlic sauce seemed to be spiked just right with miso paste and intense sun-dried heirloom tomato pesto for the zesty flavours it boasted. We luxuriated in it and absolutely loved it. However, what stole our heart that evening was the Maple and Chipotle Grilled Salmon with its done-too-well marination. Sautéed in sour cream and finished with an asparagus-chipotle salsa, I was totally left fan-girling over Chef’s ability to whip up a culinary storm. 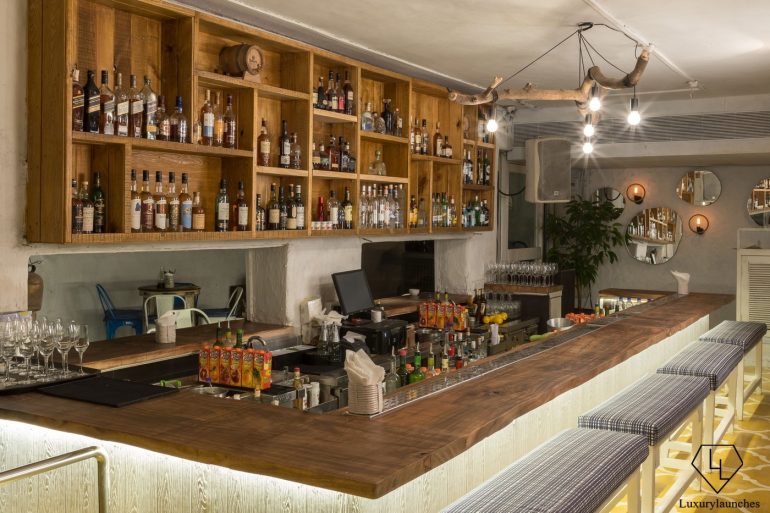 Dessert was a platter that included a few chef-recommended signature desserts. The Water Chocolate and Apricot Kernels included bitter chocolate infused with apricot kernels with creamy apricot kernel ice cream, chocolate soil and sauce. The dessert came across as perfect for someone to whom sweet desserts don’t appeal to in a big way. The Chilled Apple Crumble- caramelized apple puree, apple parfait and compressed fresh apple served with walnut crunch is something we cannot recommend enough! The show-stopper in the desserts for me was the Salted Caramel Chocolate Tart which was a heavenly combination of indulgence and decadence. Caramel and chocolate elevated by the right amount of saltiness just hit the right note. Add to it, the whipped cocoa butter, almond cookie and crisp berries it is served with and it was what dessert fancies are made of!

ALSO READ -   Review: We do a ‘Khaas’ Dinner at The Sahib Room & Kipling Bar, Palladium Hotel 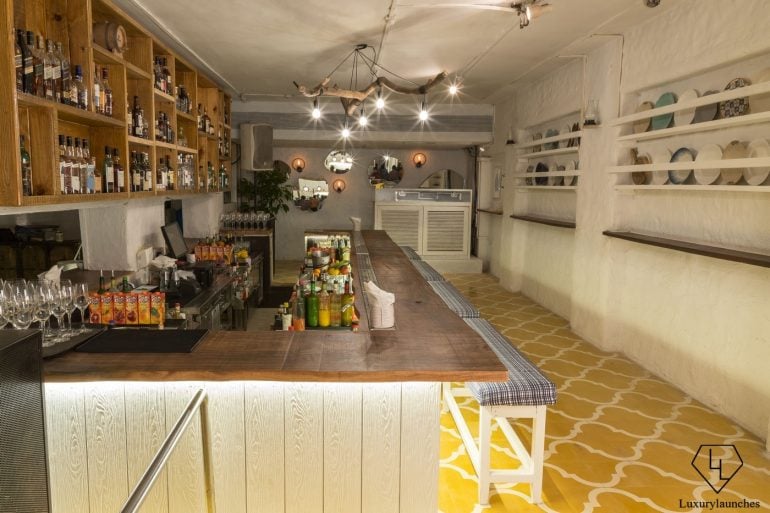 Hits and misses?
By the end of my meal, I realized how I had guzzled down plates of micro-greens without whining which was definitely a first for me! While a few things had changed at the restaurant, what was constant was the remarkable service and hospitality of the staff. The meal reinforced in me that combining the magic of fresh ingredients and the right cooking techniques, even the simplest of flavours can be elevated and made a hero of. We loved the new culinary sensibilities and additions to the restaurant. Given the restaurant’s re-aligned focus on fresh home-grown produce and house-prepared seasonal ingredients, we are sure it is poised to reign on the hearts of people for many more years to come!

Note: The critic was invited by the Olive Bar & Kitchen but all the opinions expressed herewith are her own.