The official timekeeper at the upcoming Sochi 2014 Olympic Winter Games, Omega announced the launch of its latest timepiece for the special event. The Swiss luxury watchmaker has created a special edition watch to mark the occasion. The company is launching the Omega Sochi Petrogra, a remake of an Omega from 1915.

The “Tonneau” shape watch, this masterpiece from Omega is polished in 18K yellow gold case bringing back a favoured style from an earlier era. The Omega is reintroducing the Sochi Petrograd, which was originally produced for a prominent Russian leader in 1915. The commemorative timepiece is powered by OMEGA’s exclusive calibre 2202 with a Co-Axial escapement and special luxury finish. 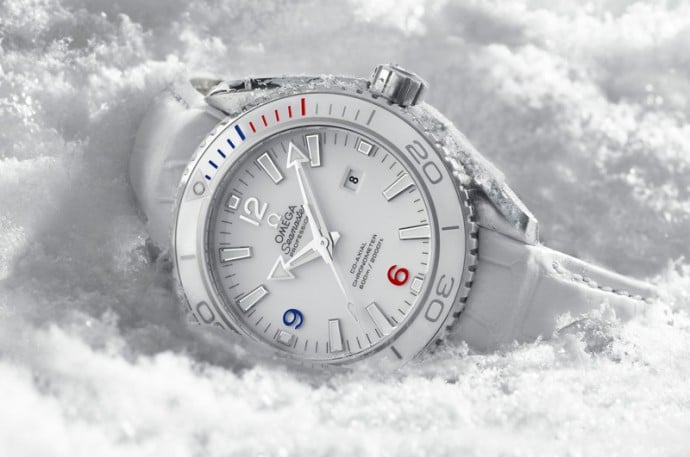 The luxurious company is also launching the Omega Seamaster Planet Ocean 37.5 mm for “Sochi 2014”. The colours of the flag of the Russian Federation inspire it, the 37.5 mm brushed and polished stainless steel case has a white ceramic unidirectional rotating bezel with minutes 1 through 5 lacquered in blue and minutes 6 through 10 lacquered in red.

The Omega Watches for 2014 Winter Olympics is a limited run of 100 pieces, with price on request.