When I dropped in at Randeep Bajaj and Navneet Randhawa’s Town Hall opened in Lower Parel, I discovered a culinary hotspot that dazzled me with its food and vibe. Enter the 150-seater located on the ground floor of the Lodha World Towers and you see a massive bar, a sushi counter by the side, old Air India adverts for the first flight from Bombay to London, rattan-style chairs and even installation of CST’s façade, made entirely of golden screws. 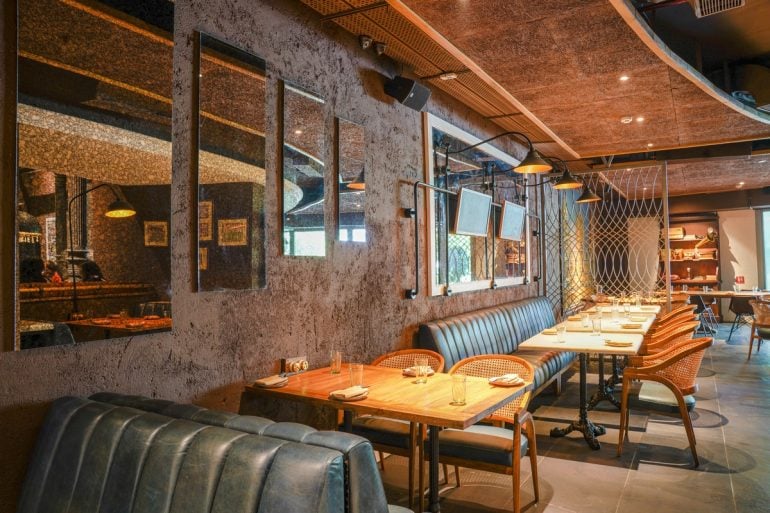 Here World cuisine comes together; you will be spoilt to choice, for sure. I started off with the Townhall, the crunchy goodness of veg. deep-fried avocado and asparagus with spicy sauce and rice cracker. Among the culinary stars is the Kokana which combines salmon belly, caviar, otoro, chutoro, kampachi, flying fish eggs with silver and golden leaf that tastes as stunning as it looks. 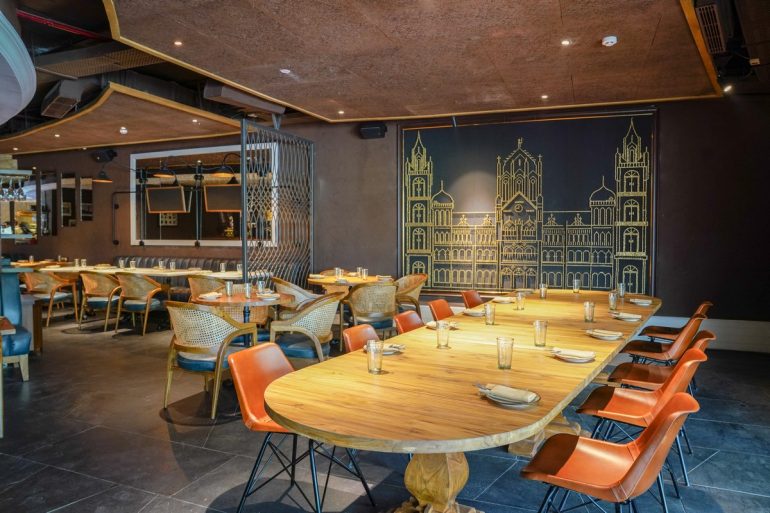 Up next is another sushi that infuses the deliciousness of spicy prawn, scallop with jalapeno salsa in furikake and is just heavenly. For mains, you can’t go wrong with the succulent Chicken Thai in teriyaki sauce and the perfectly-flavored Thai herb roasted grilled chicken. However, my favorite has to be the Ravioli trio. The roasted ratatouille with pear gorgonzola and balsamic bell pepper was a bomb of a dish. 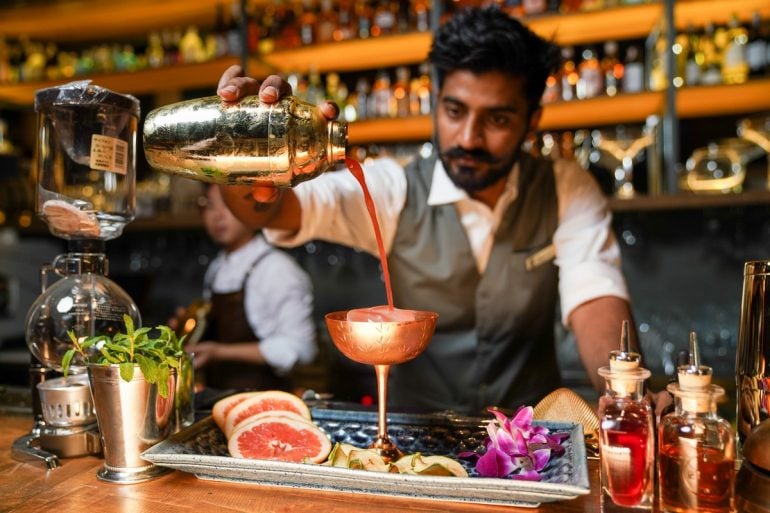 Going to dessert, the soft but indulgent Pandan cheesecake with basil jelly hits the right spot. For someone with a job of trying out different restaurants every day, it’s rare to stumble upon a meal that has gone perfect from start to the end. And this one has truly aced it. Sushi-lovers or not, you will leave this place starry-eyed over the culinary perfection. Chef Augusto Cabrera’s gastronomic wonderland is one that is here to serve serious foodgasms. 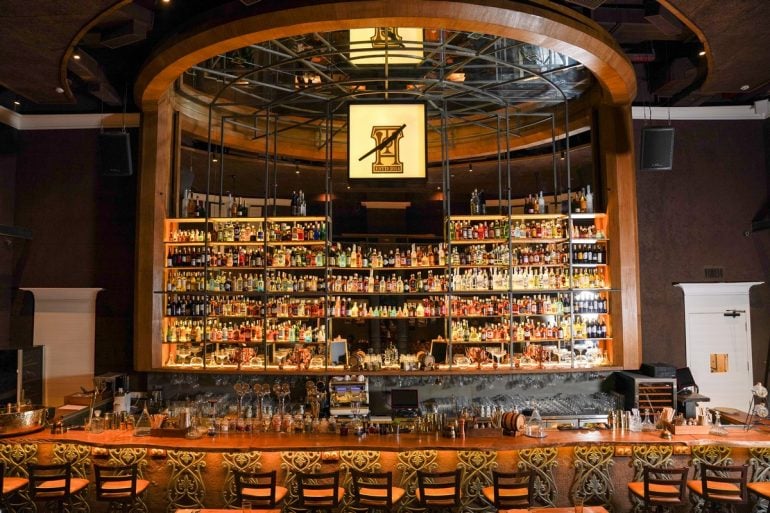 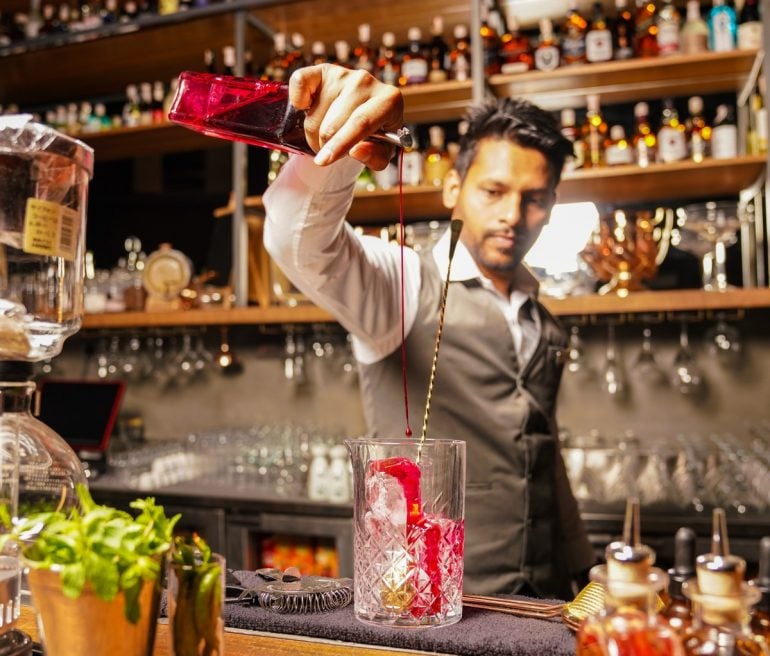 Note: The writer was invited by the restaurant but all the opinions expressed herewith are her own