Goa has been an important crucible of culinary globalisation, long before the buzzword came into vogue. With top restaurants putting Goan cuisine centre stage, looks like we are soon going to overcome the dearth of dedicated Goan restaurants in the city. The recent launch of restaurants like O Pedro and now restaurateur AD Singh’s Lady Baga say a thing or two about the same. 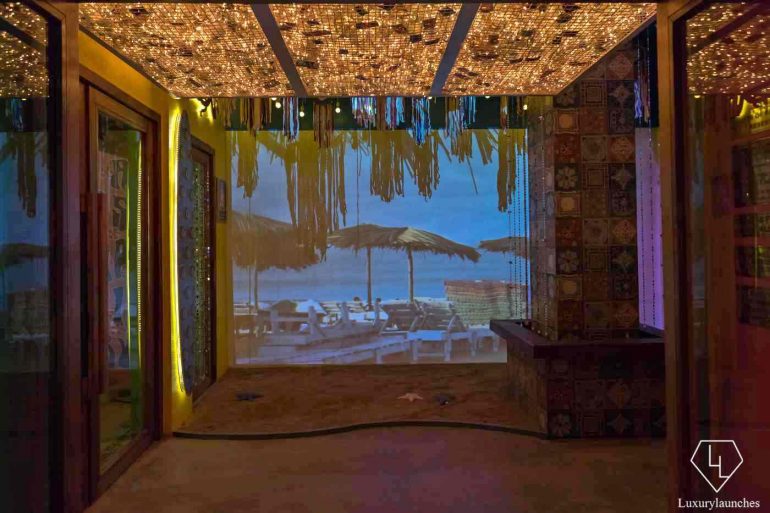 Over the years, my love for the cuisine has only gone stronger. So I was really looking forward to trying the recently-launched Lady Baga. The place with its vibrancy comes across as sparkling with joy and a riot of colour. From hammocks, hand-made dream catchers and bead curtains to brocade cholis and tie-dye cushions, the Goan spirit is presented prettier than ever. 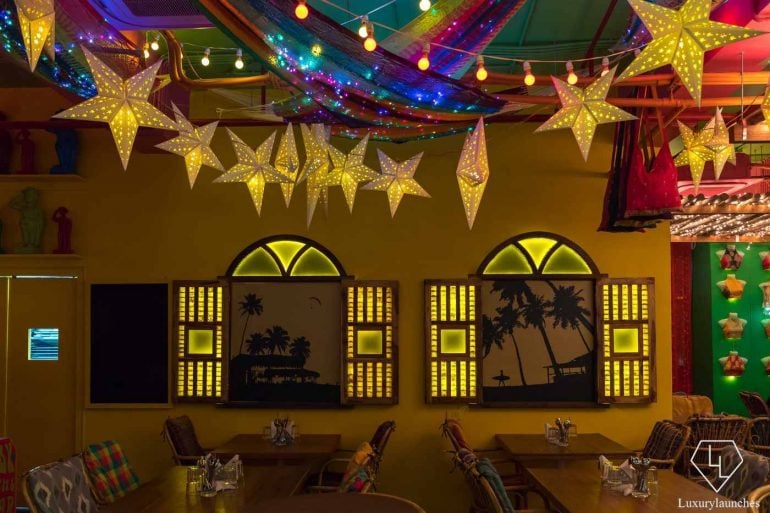 Design elements include mattresses and laid-back seating; real sand, bamboo reed and matted banana leaf, all of which resonate with the spirit of Goa in the ‘60s and today. We love how the versatile menu ranges from Goan specialities to dishes that aren’t too common on the beach shacks but are still favourites such as Bang Bang Bangers & Mash, chicken sausages topped with rich brown gravy served on a creamy bed of mash; Vegetable Stew; Kale & Quinoa Salad; and Fish Fritters, in a whole wheat wrap lined with chili tartar and muddled avocado, served with mango salsa.

A shot of kokum juice prepped us up for our meal. The Bombil Bhajias, Bombay duck bhajias with green chutney that come rolling out first were deliciously addictive. We also tucked into some Rissóis Prawn. The crusted, D-shaped croquettes stuffed with spicy cilantro, mint, cheese, carrot and corn in the seafood version creates the magical tastes and flavours that linger on the tongue for a long time.

This was preceded by the mains which comprised of Lady Baga’s delicious version of the classic Goan Prawn Curry. Served with unpolished rice, a side of dried fish, vegetable pickle, and a minty mayonnaise, it has a distinct beauty to it. However, it was the Goan Dal which was tempered with garlic and red chillies, that is a culinary revelation and has a touch of the local Goan spice like nothing else! Going to dessert, missing the Crème Caramel à L’Orange is almost like a sin. With the caramel custard infused with the zest of Malta orange and its texture so silky, taste so simply indulgent that we’re still crushing over it.

We love the incredibly-detailed references the vibrant restaurant manifests. The service is another big plus. It is safe to say, that we were going gaga at Lady Baga as it gave us our magical Goa moment. The passion-fuelled project captures the best of the Goan spirits. So, hungry beach bums, don’t fret over cancelled Goa plans. Go get your fingers greasy at Lady Baga as you delve into a Goan food affair that will give you the feels!

Note: The writer was invited by the restaurant but all the opinions expressed herewith are her own.