Let’s face it… the future is Dubai. There is so much happening in this single Arabian city that equals mega planning and strategies of countries as a whole. From the start of this year, there has not been a single dull day in this land of the dreams – taking strides in supersonic transport system across Dubai and Abu Dhabi with the Hyperloop project to the get-outta-here ambitious Mars 2117 Project – to build an entire city on the Red Planet – the determination of Dubai is most commendable.

While the city prepares to host the Expo 2020, it is simultaneously also working towards Dubai Vision 2021. Also, recently, Sheikh Hamdan, Crown Prince of Dubai, initiated a plan called Dubai 10X which prepares the city to be 10 years ahead of all other cities. 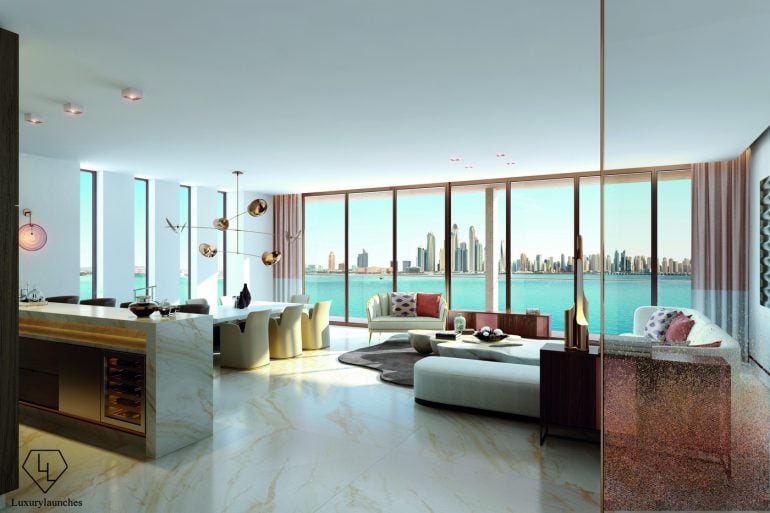 All these statistics and strategies only prove the weight in gold of my first sentence. Several real estate projects are sprouting, attracting investors from around the world to set a nest in this sunshine destination. Local and regional investors continue to take the lead, but shortly following is serious interest from the Indian community. 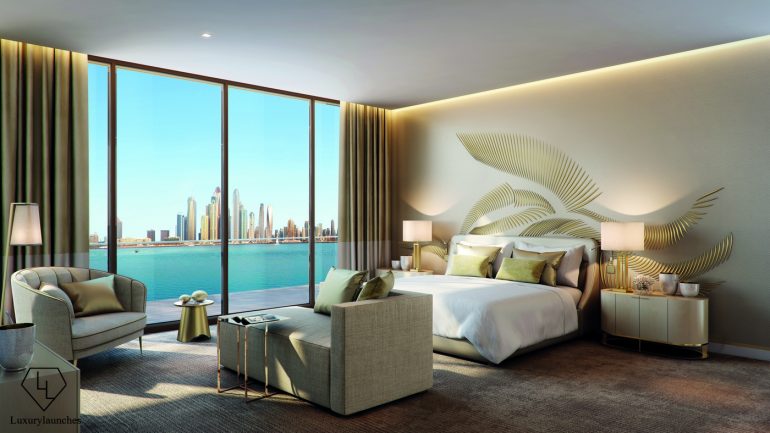 There has been a soar in the number of Indians investing in Dubai. Recently, an Indian businessman made headlines when he purchased Dubai’s priciest property – a 39,000 sq ft home for AED53 million within the Emirates Hills community.

According to Knight Frank, Indians have invested a whopping 12 billion AED in Dubai’s real estate last year, the highest after GCC nationals.

The real estate market in Dubai remains one of the preferred options for the world’s ultra-high-net-worth individuals according to another industry expert. Also, a new review of prime real estate markets around the world has ranked Dubai, along with two other cities in the GCC, as one of the top 50 destinations that the wealthiest are most attracted to.

All these facts and figures, in addition with Dubai’s ambitious visions, makes it a reliable destination for investment in realty.

And supporting all this growth is the recent launch of one the emirate’s landmark projects – The Royal Atlantis Residences – a brand new bill to claim your spot on this insanely magical land.

Launched by Kerner International in collaboration with Knight Frank, this property is located on the crescent of The Palm and will stand tall at 46 storeys. At 193 meters it will dwarf the presently imposoin Atlantis resort which stands tall at 100 meters. The resort is an expansion of the existing Atlantis, The Palm – Dubai’s beacon of pride, shore-wards, with the impressive skyline as the backdrop.

A fully-owned subsidiary of Investment Corporation of Dubai, this is claimed to be the first super-prime development in the emirate. The property features 231 residences and 795 guest rooms and suites. They are subdivided into a selection of two, three, four and five bedroom apartments, skycourts as well as penthouse and duplex units and garden suites.

One of these can be all yours, with prices starting from $2 million or AED7.65 million. A price tag that makes it more affordable than some similar sized homes in South Mumbai. Among the many benefits, the Royal Atlantis has something that a few luxury residences across the world offer. An apartment here comes with An uninterrupted and stunning view of the Arabian Sea in all its beautiful glory or something more dramatic like the waters of The Palm with that envious skyline in the background. 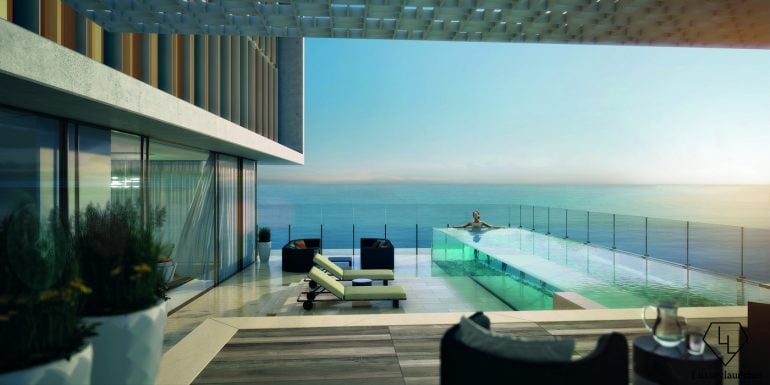 What’s not to like. Especially so because the views and the location are not the only USPs – the property has some of the finest names in the global portfolio of designers. Award winning architects – KPF Associates, residential interior designer – Sybille de Margerie (the name behind the interiors at Mandarin Oriental Paris), water feature creators – WET (the name behind the fascinating Burj Khalifa dancing fountain) and sky pool and lounge designer, David Mexico are all names that are well-revered in the interiors circuit. 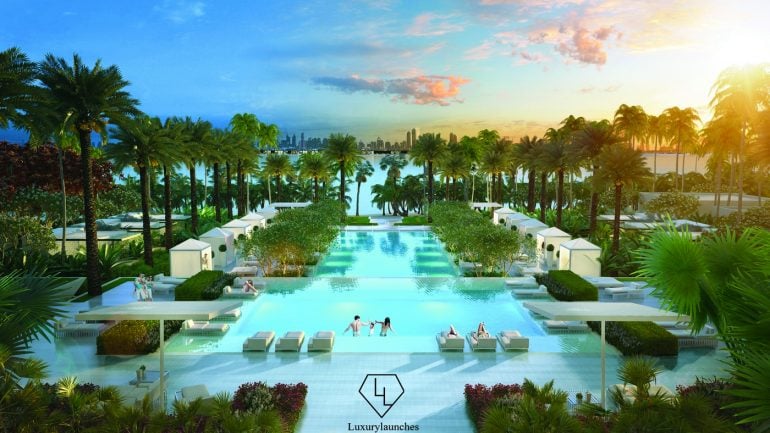 A 90 metre-high infinity pool sounds like a good contender to be the property’s cherry on top – providing ‘the ultimate haven to lounge, socialise or play during the day.’

‘The Resort will be a foodie’s paradise’ – the developers say. Residents can delve into signature dishes by Michelin Star chefs such as Gordon Ramsay, Giorgio Locatelli and Nobu Matsuhisa. 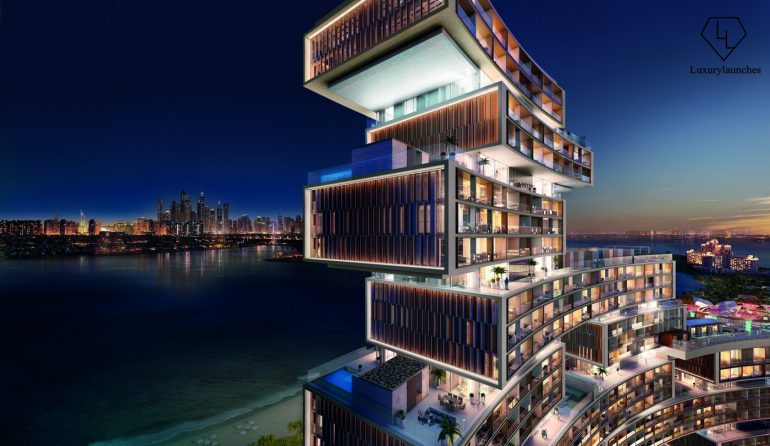 There will be no shortage of activities while living here to keep you occupied. All you will need to do is hop-scotch and jump across to Atlantis and enjoy a day at the Aquaventure Waterpark and The Lost Chambers Aquarium. Take a dip in a private swimming pool or a private beach. Or else, you could try out some snorkeling or scuba diving in The Ambassador Lagoon at Atlantis, The Palm or get adventurous with water sports whether it be windsurfing, water-skiing, or paddle boarding in the Arabian Gulf. And if you aren’t up to any adventure, then you could perhaps just hit the residents-only gymnasium or the property’s very own fitness centre.

To relax after a long day of having lots of fun, you could just stroll into the Givenchy Spa (or book for an appointment ideally) and allow trained therapists to do the needful. 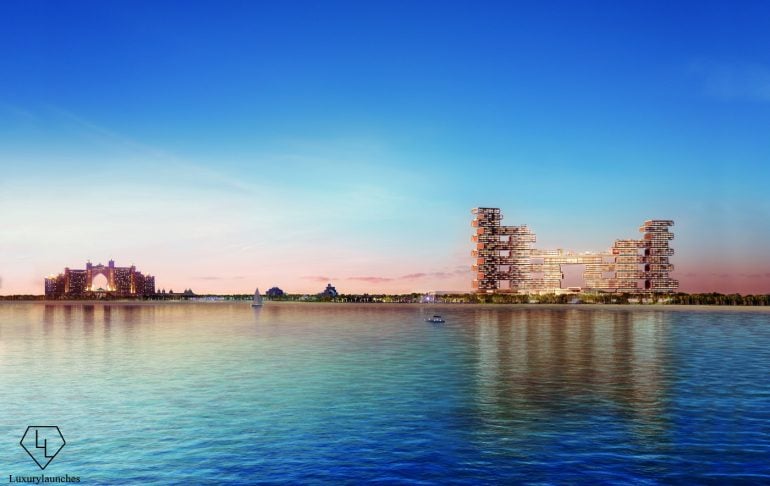 Another favourable selling point of Dubai is its location – “a six-hour flight and you have access to 70 per cent of the world’s population.” The city is also in close proximity to India – just a 2.5-3 hour flight. Which means that, ideally, living in Dubai or investing in property here is as close as staying in Mumbai. In 2.5 hours it is easier to get to Dubai from Mumbai than the commute from the International Airport to downtown Mumbai!

The project will be ready in two years with expected date of completion slated for 2019.