It was a select preview to get a taste of what’s going to be on offer at the second edition of the Spanish Extravaganza at The Chambers. The venue, as formal, old-school and black-tie as it can get, was the perfect setting for a gastronomic journey that involved a team of several high-profile chefs flown in from Spain, two of whom have restaurants that have been awarded Michelin stars, as well as sommeliers who have cherry-picked some of the best Spanish wines for this showcase.

The curated collaboration was introduced by José Vicente Pérez López, the suave Economic and Commercial Counsellor from the Spanish Embassy, who proudly talked about the stellar produce that Spain celebrates through its culinary traditions. We met each of the chefs and understood how the region they come from influences the traditional recipes they recreate and innovate, the techniques they use and their personal style of cooking. Sommeliers Manuel Corralero, Jon Andoni Rementeria, Alejandro Paadín and Magandeep Singh were on hand to explain the nuances of each of the fine wines. 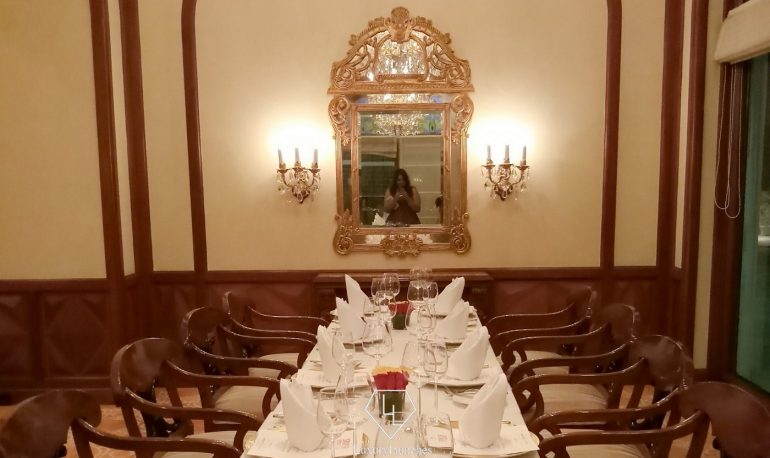 Guests who will visit during the extravaganza can choose between a lively tapas and paella fiesta with live counters and Flamenco dancers on The Chambers lawns or The Michelin Experience, which is a five-course, sit-down dinner with wine pairings for each course and live music. My fellow diners and I got a sneak peek of both, with some superb tapas and paella being served along with the more refined fare! 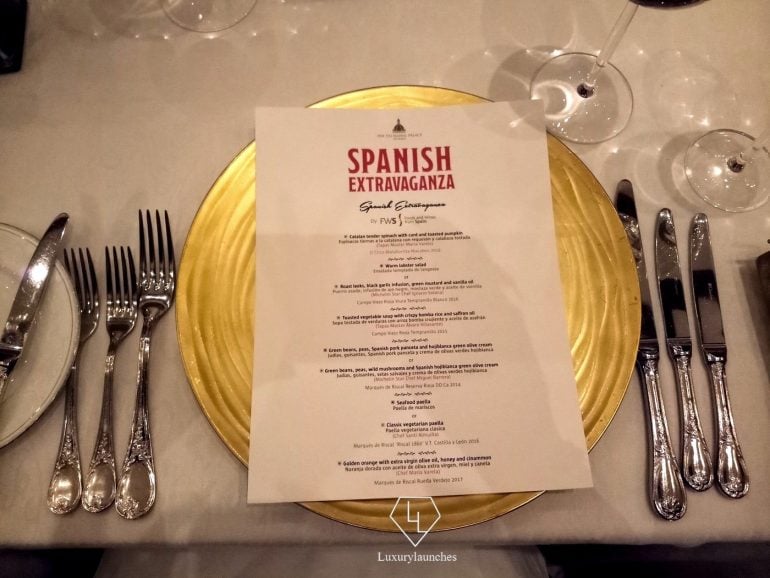 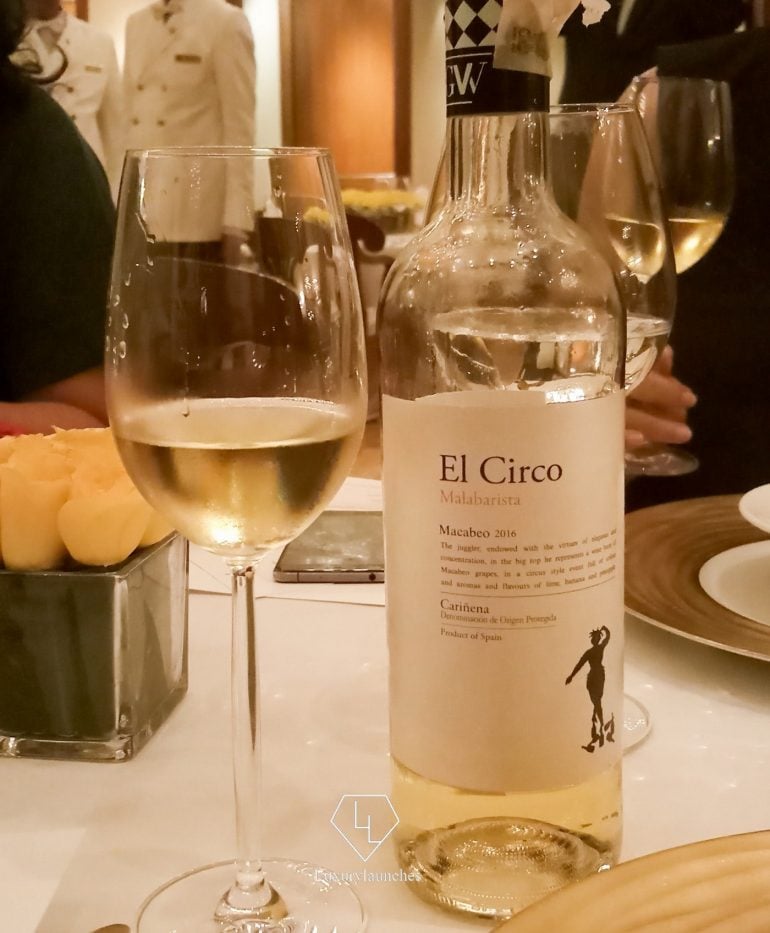 We sampled six courses, each paired with some sensational wines. We started with some tender wilted spinach served with hung curd and toasted pumpkin, a bittersweet symphony that worked well to whet the appetite. This was the creation of soft-spoken Tapas master María Varela, and paired well with the fruity white wine – El Circo Malabarista Macabeo 2016. 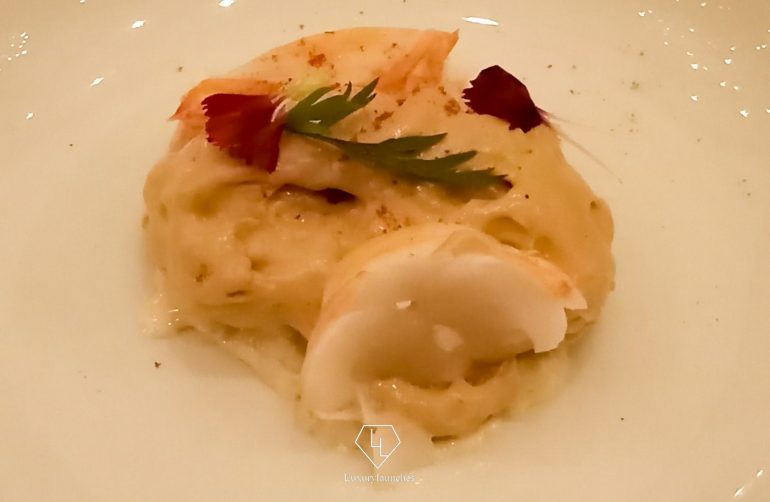 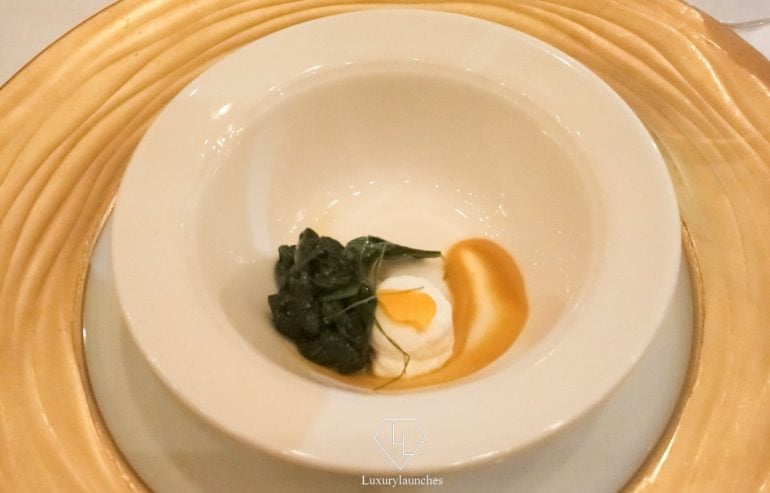 Next up was a delicate yet hearty warm lobster salad by Chef Ignacio Solana Pérez, whose eponymously named tavern in the Cantabria hills near Bilbao has been awarded a Michelin star for his contemporary version of Cantabrian cuisine. We didn’t get to taste his croquettes, which are deemed the best in Spain, but this was quite exquisite too. The vegetarians had a chance to taste his signature roast leeks in green mustard and vanilla oil, which is one of his unique creations. The young Campo Viejo Rioja Tempranillo Blanco 2016 that was served with this mouthful of mmmm had a nice zesty vibe. 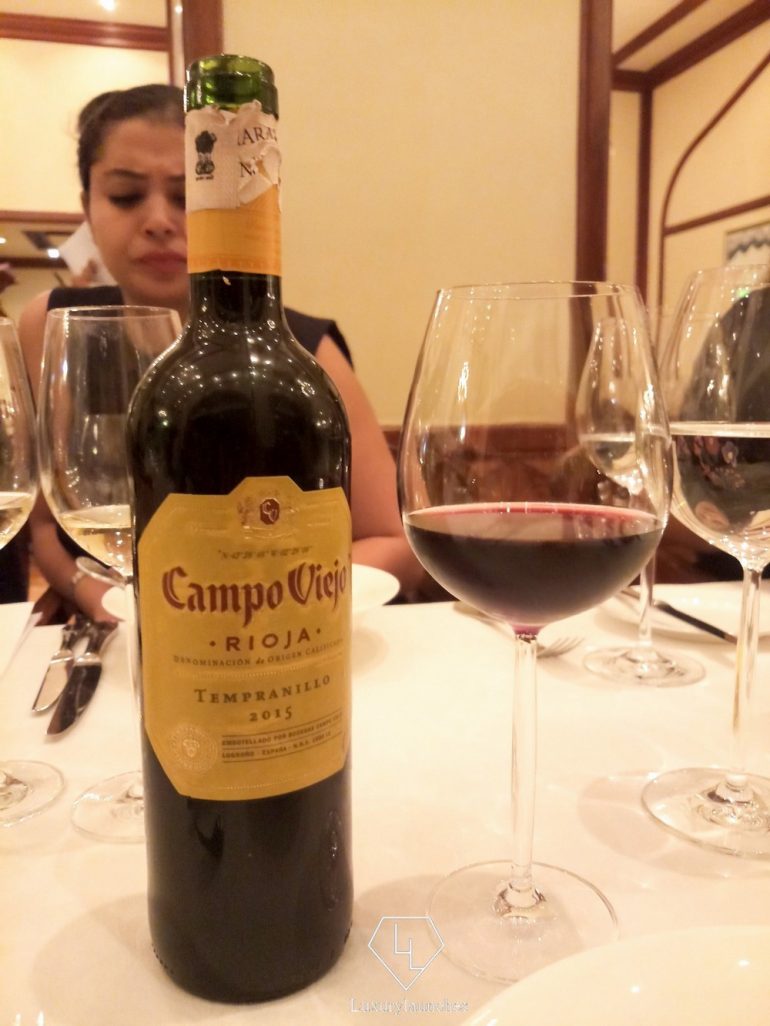 A vegetable soup with crisped bomba rice grains and saffron oil followed; a creation of the other Tapas master – Alvaro Villasante. The Campo Viejo Rioja Tempranillo 2015 paired with it was quite silkily delicious too. 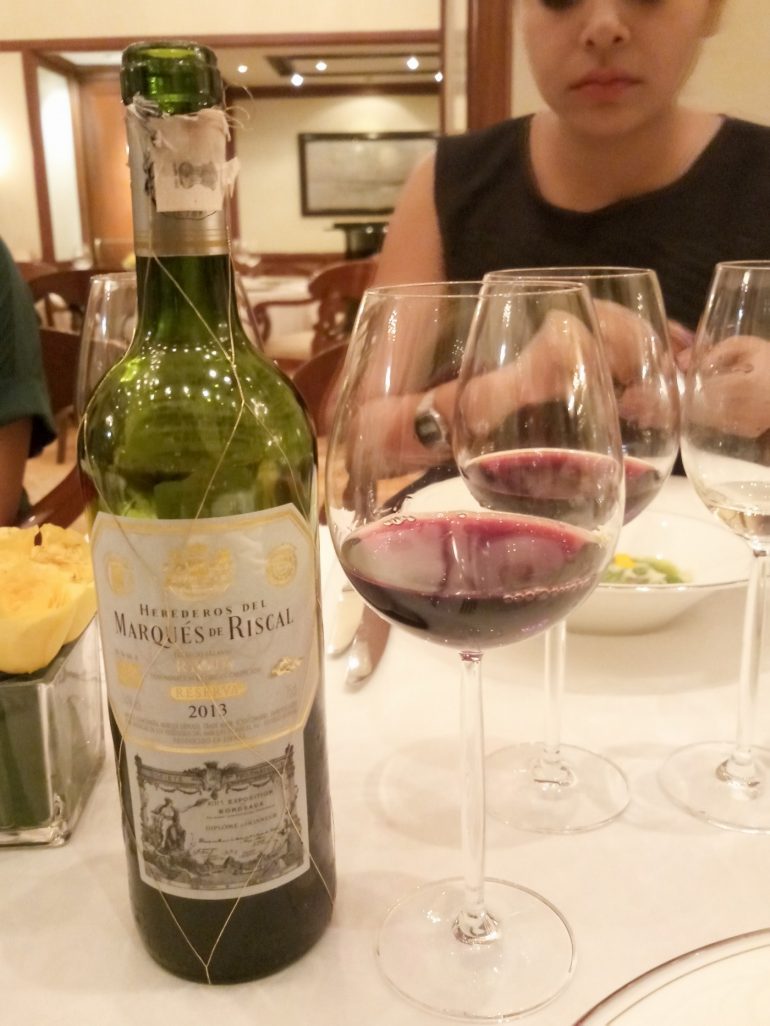 While we savoured the richness of the next pour, a wonderful Reserva Rioja Denominacion de Origin Calificada from Marques de Riscal, we also savoured the rare sensation of having two chefs whose restaurants have been awarded Michelin stars cooking different courses in a single meal, just for us! This one brought us Spanish pork panceta (perfectly cured bacon) in a lake of a tart green olive cream with green beans, peas and wild mushrooms. While Chef Miguel Barrera Barrachina didn’t quite go to the extent of acting like our mums telling us to finish our vegetables, his paternal smile as he presented the dish made us eat it all up quickly. No wonder that his restaurant Cal Paradis is known for its cosy domesticity. As he said when I spoke to him, his food is, “Como en casa,” (Just like home!). Well, certainly ‘home cooking’ with a lot of deep research, thought and technique put into it, as he’s just written a book that traces Valencian culinary traditions back to the 14th century.

Since a Spanish meal needs to have some punchy paella to complete it, they brought in pans of this special treat as Chef Santi Almuiña broke into song to put us properly in the mood! Another Marques de Riscal red went well with the robust flavours and the hearty seafood of this well-spiced rice dish. 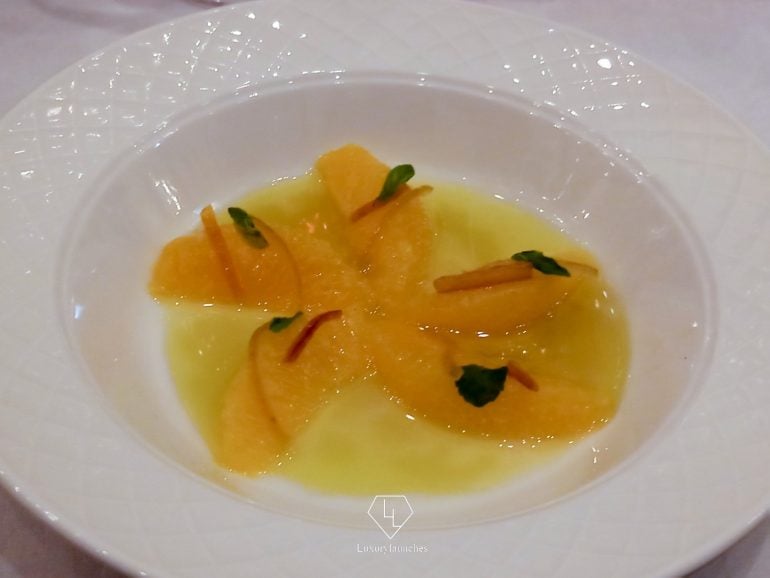 And for a truly unique and spectacular finish, there was a Marques de Riscal Rueda Verdejo 2017. A fresh white that was subtle enough not to overpower the seemingly simple dessert that had segments of golden orange soaking up a velvety sauce made of honey, a touch of cinnamon and extra virgin olive oil. The unctuousness of the olive oil gave it a mayonnaise-like texture without any of the heaviness and the orange lifted it to unexpected heights. This piece-de-resistance was also created by Chef María Varela, who, we hear, has even taught actress Gwneth Platrow to cook her signature dish – Pilgrim Style Capon. We lapped it up to the very last drop and just may go back for more, as the extravaganza continues until November 25 in Mumbai and continues in Delhi!

The Michelin Experience – a five-course, sit-down dinner on November 23-25 and lunch on November 25 at the Dining Room at Chambers, accompanied by live music: INR 9500 all-inclusive per person.

Note: The critic was invited by the hotel but all the opinions expressed herewith are her own