Pranzi isn’t a new name in the restaurant scene in the city, but the glitzy kitchen- bar has recently relaunched with an opulent avatar. Located in one of the most booming parts of the city, Khar, Pranzi opens its doors to Romanesque and Baroque architecture, which instantly transports you to 16th century Italy.

We were seated alongside the sprawling glass windows which overlook the bustling traffic and we could only imagine how tranquil this seating would be even during the day, with the sunlight streaming in. 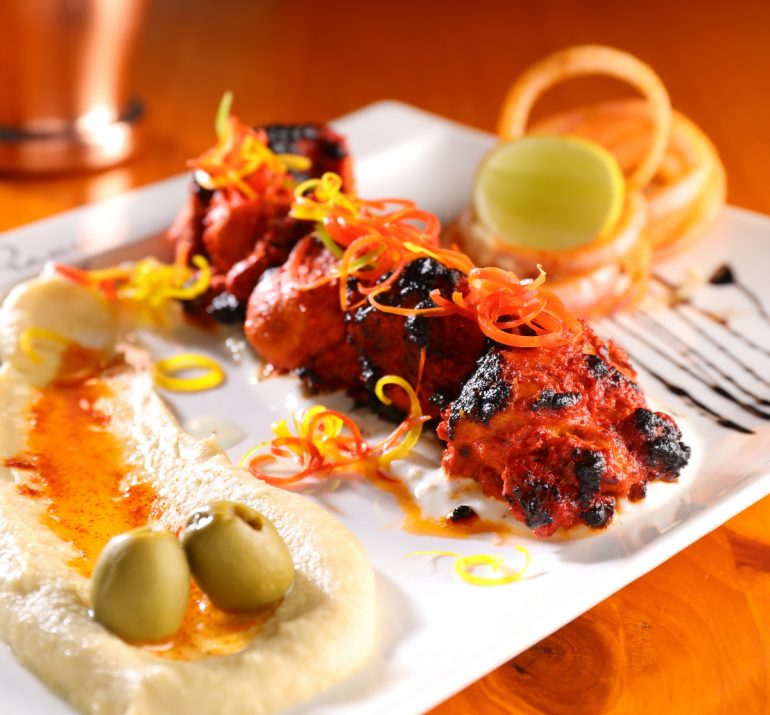 Scrumptious bites
But, the interiors aren’t the only feature that Pranzi has to boast about. In addition to the delightful architecture of the place, the space now includes an isall-newr with an all new menu to gorge on.

We began with the Lamb Turkish Kebab, which was served with a side of hummus, grilled pita, tomato onion salad and sumac. The kebabs were flavorful, melt in the mouth delicacies, and the hummus, which wasn’t too grainy, complemented the dish well.

Next up we ordered the Cajun Chicken Pizza, and it’s a definite recommend if you like it spicy. The thin crust pizza was loaded with oven roasted chicken and the jalapenos and olives made this dish a winner. 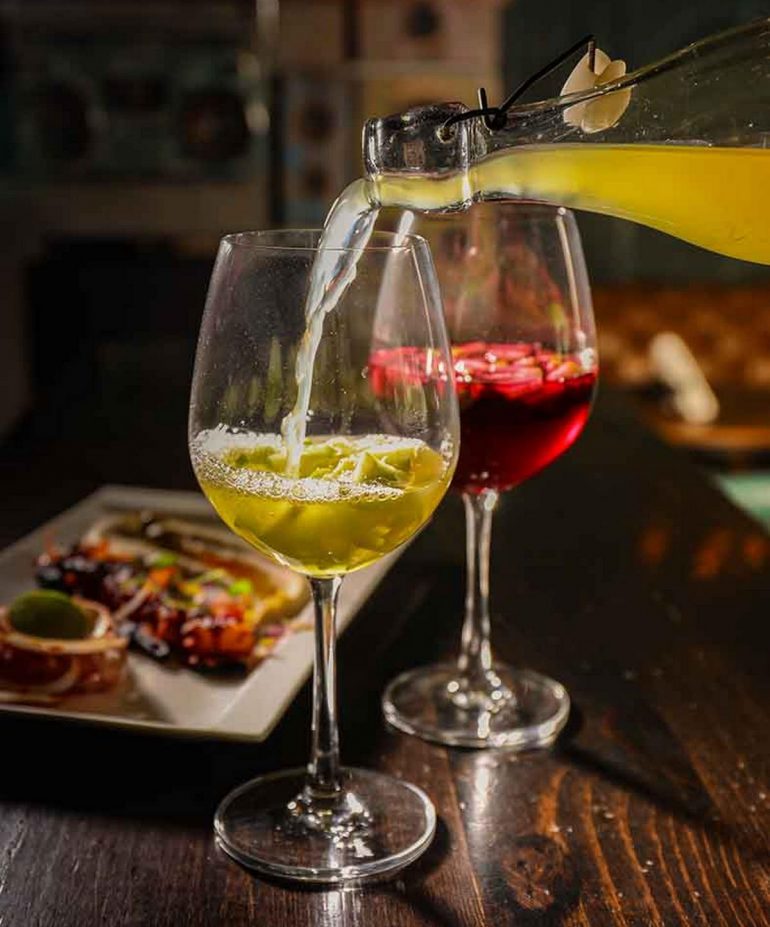 Although the bar boasts of a new menu, we decided to go with the classics for the night and so were ordered a round of Long Island Ice Tea and Martinis. The former was prepared well, with generous amounts of liquor. However, we’d pass on the Martini the next time round.

The space boasts of the island bar, a lounge area and a private dining area on the other end. We were told that Pranzi sees crowds even during their lunch hours, and on the evening we visited, the space was booked for a private party and guests started pouring in as the hours clocked by. A word of advice: make a prior booking given that the space fills up pretty quick. 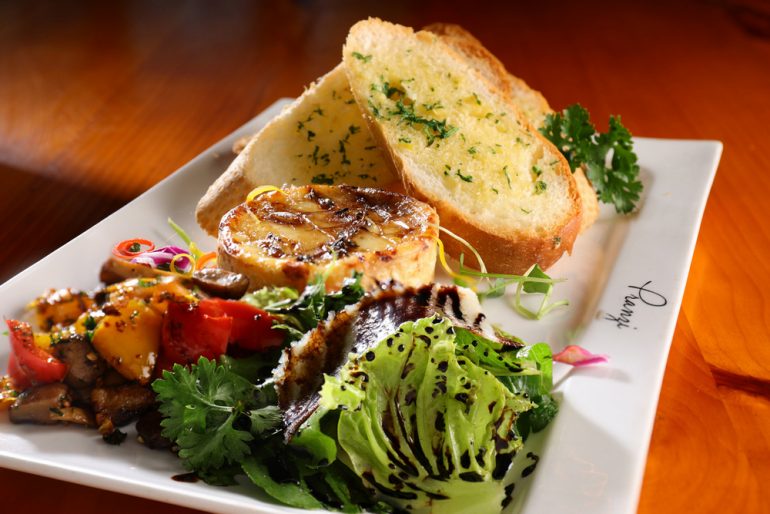 On a sweet note
The new menu boasts of sandwiches, burgers, pastas, soups, and sizzlers as well. But, we decided to skip the rest and move straight to dessert as the music got louder and more upbeat. 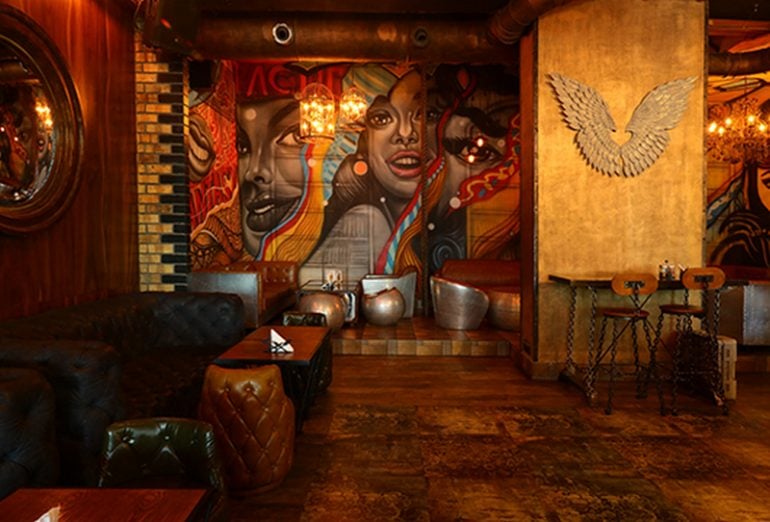 We ended our meal with a Trilogy of Pana cotta – caramel, berry and chocolate. Each was a treat in itself, but we must admit that we were biased to the caramel, which melted away in seconds. Just the sweet end our night needed. 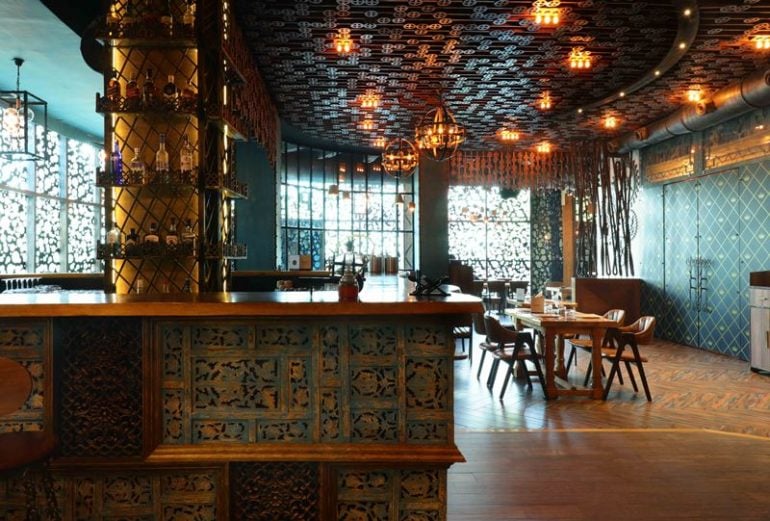 All in all
Pranzi makes it to our list of must-visit restaurants in the city. Not only because of the hype surrounding it, but the delicious global cuisine that is brought to your plate. Whether you’re looking for a classy dining spot or someplace to indulge in some drinks and dancing, head over to this glitzy new space in Khar and you’ll know what all the talk is about.