From Sabyasachi’s spring collection to Saffron Art’s auction to Hublot watches to Bulgari’s support for Elton John we bring you the world in this post.

SaffronArt to auction classical Indian Art at a sale in Mumbai
The international auction house, Saffornart is all set to host its second Classical Indian Art evening sale on 9th March 2017 in Mumbai. For the sale, its experts have curated a collection of 81 items, including both miniature paintings and rare sculptures.
One of the highlights of the sale will be paintings from the collection of Bikaner-based jeweller, Motichand Khajanchi, that he bought from various cities of Rajasthan, including, Bikaner, Mewar, Jaipur, Bundi, and Jodhpur.
Born into a jeweller family, Khajanchi discovered his love for art during his business travels across India.The art patron delved deeper into literary and religious manuscripts to understand the paintings and their hidden meanings. Khajanchi owns some of the finest Rajasthani miniatures in the country.
Another highlight of the sale is the rare sculpture of Mahishasuramardini created between the 10 and 11 century using sandstone. It is ranked as a masterpiece of Central India’s medieval times and shows goddess Durga’s victory over the demon, Mahishasura. The estimated price of this sculpture in Indian rupees is three to five crores.

Hublot Class fusion Italia Independent Collection
Continuing its collaboration with design brand Italia Independent and entrepreneur Lapo Elkann, Hublot has unveiled a new watch collection called the Classic Fusion Italia Independent. The collection reimagines its Classic Fusion model and is the third line of watches designed by the duo since 2014 when the partnership started. What’s different this time is that they have focused on the Classic Fusion model instead of the popular Big bang one, which was based on the previous two collections.
Unveiled for Baselworld 2017, the straps of these watches use checkered fabrics sourced from London-based luxury clothing brand, Rubinacci. These patterns are not just limited to the strap but are also extended to the dials. These chronographs come in three dial options including, titanium, ceramic, and gold.

Sabyasachi’s hot new Spring Couture ‘17
The Kolkata-based couturier unveiled his latest, The Udaipur Collection, on Instagram on February 25. It is an ode to the royals of Rajasthan who remain iconic in popular imagination, and yet mysterious enough to resurrect this trope again.
The colour palette for the collection in gulabi gulaal, gold, and jade is an astute choice which celebrates weddings and still shows restraint, having been used with a muted sheen. The Udaipur lehenga is a result of 84 artisans working over 2200 painstaking hours. The designer uses the crafts of Rajasthan with a light touch, using chiffons and gossamer muslin alongside silks and brocades. Traditional zardozi and intricate marori work go hand in hand with digitally-printed floral artworks referencing tulips from Holland. 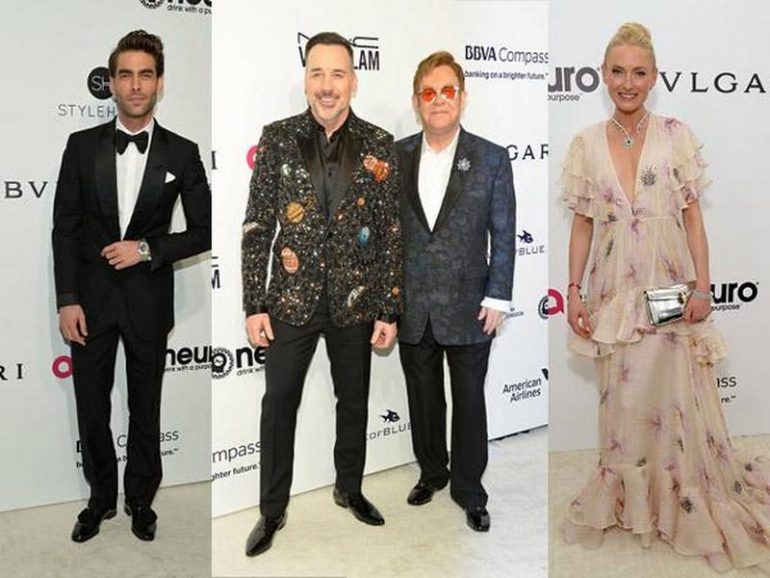