Diwali might be over but we’re definitely not done. Our dancing shoes aren’t worn out yet and our taste buds are still tingling for some decadent desserts, so it’s a good thing Halloween is around the corner then now, isn’t it? Bring out your inner child and head on over to Aqaba or Amadeus for a fun Halloween party, or gorge on some sumptuous treats at The Grand Hyatt’s Gourmet Store. Catch a thrilling Kathak performance at NCPA or indulge your love for the golden brew at the city’s first Beer Fest at Wodehouse Gymkhana, whatever you choose to do this week, don’t stop celebrating!

Halloween Parties:
Let’s face it, Halloween is a dream come true for those that love to dress up and throw lavish parties, but if you like us, would rather celebrate Halloween without much effort, great music and tons of delicious drinks, these are the two of the most happening parties in the city you better be going to: 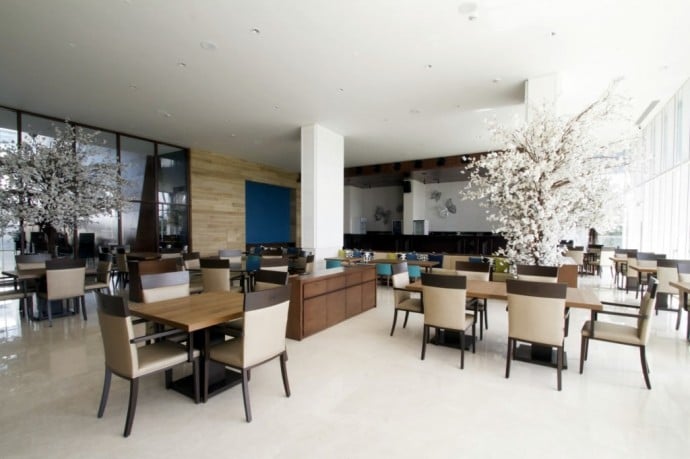 Aqaba
Giant cobwebs, evil looking pumpkins and a plethora of blood-curdling scary movies being screened on the walls is what expects you at the recently-launched Mediterranean restaurant’s Halloween Party. Sip on some (super reasonable) drinks or if you really want to get into the festive spirit, some Halloween-inspired shots – with names like the Kiss of Death’, ‘Vampire Slayer’ and ‘Sweet Deceit’, tempting us, we know exactly what our poison for the night is going to be. DJ Mihir Ganatra along with percussionist Faizan will also be at the party, setting the dance floor on fire with some ‘killer’ tunes.
Date: 31st October, 2014.
Time: 9pm onwards.
Entry: Via Guestlist only: 61512222
Address: Aqaba, Club House, Level P5, Peninsula Business Park, Senapati Bapat Marg, Lower Parel, Mumbai.

Ghost Town
If the idea of a spectacular haunted house sends chills down your spine, head to Nariman Point where Amadeus and Café at the NCPA come together for one of the spookiest Halloween parties this year. Besides a good number of ghosts the party will also feature great street food, tempting deals on alcohol and of course some hip-shaking, old school Hip Hop and Bollywood tunes being churned out by DJ PS and The Book Of Music among others. What’s really sending us into a Halloween frenzy is their special Buy 1 Get 1 free on flavoured Kamikazes and Buy 2 Get 1 free on beer. Hello, drunk Halloween!
Date: 31st October, 2014.
Address: Amadeus and Café at the NCPA, National Centre Performing Arts, Gate 2, NCPA Marg, Nariman Point, Mumbai.

ALSO READ -   This Week In Mumbai: Dig into an authentic Gujarati thali, get nostalgic at the bluefrog and more

Rage and Beyond: Irawati’s Gandhari by Sanjukta Wagh
Don’t miss Sanjukta Wagh’s unique solo presentation of dance and theatre. It is interesting to watch her as she embodies the ebb and flow required to represent an archetype and a mythological character. The wonderful Kathak performance promises to be as enchanting as Sanjukta’s previous ones at The Nrityanjali Dance Festival in Ahmedabad and the National Kathak Festival.
Date: 28th October, 2014.
Time: 7pm.
Pricing: Rs.200 to Rs.300.
Address: Experimental Theatre, National Centre for Performing Arts, NCPA Marg, Nariman Point, Mumbai. 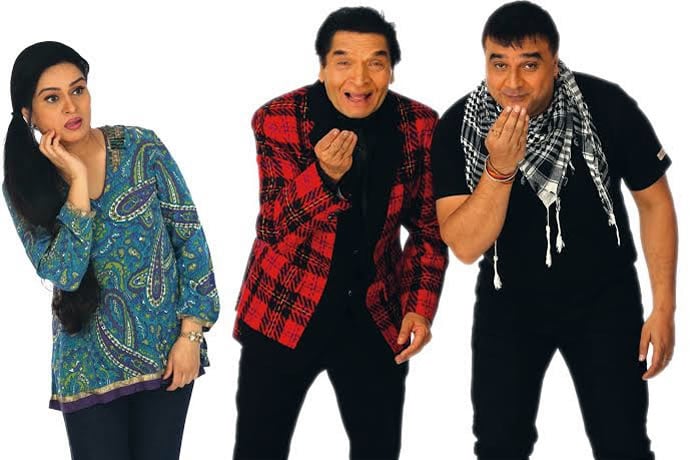 Baap Ka Baap
Starring the uber talented Padmini Kolhapure and being directed by Naveen Bawa, the musical comedy revolves around a beautiful single-father-son relationship and how they both discover love and companionship with their moralities, social taboos, love, ambition and sense of duty being challenged, probed and discovered. Packed with lots of conflict and tons of love and fun, the play is a must watch. Especially for fans of the yesteryear actress as well as comic-drama theatre in general.
Date: 2nd November, 2014.
Time: 7:45pm.
Pricing: Rs.200 to Rs.1200.
Address: Rangsharda Auditorium, Hotel Rangsharda, First Floor, Bandra Reclamation, KC Marg, Bandra West, Mumbai. 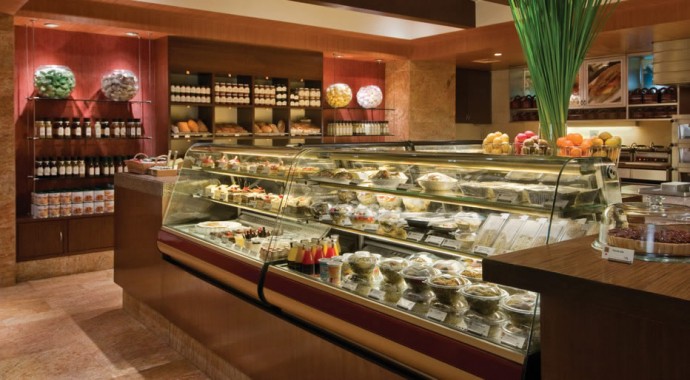 Halloween Special at Gourmet Store, Grand Hyatt
Halloween for us, is more about the treats than the tricks and thus when we found out about the scrumptious Halloween spread that pastry chef, Chef Vivek Kadam put together for the Gourmet Store at the Grand Hyatt, we were positively drooling. On offer is a smorgasbord of divine desserts including Halloween rum balls, Cherry pie, Apple crumble tart, Pumpkin & Oreo cheesecake, Bloody brownie (white chocolate brownie covered in red), Eye ball (coconut and roasted pineapple dome) and Mint praline with a ghostly finish, amongst others. We can’t wait to get our Halloween started!
Date: Until the 31st of October, 2014.
Address: Grand Hyatt, Western Express Highway, Santacruz East, Mumbai.

Tapped Beer Fest
Oh, have we got a treat for you. Marking the arrival of winter is the city’s first beer craft festival. To be hosted at none other than the charming Wodehouse Gymkhana, the all-day event will feature upto 12 delicious brews (mostly pale ales and wheat beers) on tap from renowned local breweries from all over the country such as Arbor Brewing Company, Mumbai’s Gateway Brewing Co., and Doolally and Independence Brewing Co. International beer lovers need not fret, Yeast India Co. will also be providing us with of some of our favourite imports, think Erdinger Weissbier, Erdinger Dunkel, Shepherd Neame Double Stout and Fuller’s London Porter. Also on the agenda at the outdoor fest is a section dedicated to singer-songwriters. Munchies will be taken care of by some of the best in the city and will boast of – burgers from Woodside Inn, cookies by Sweetish House Mafia, bacon and cheese poutine and fried chicken by Brewbot, pizzas by Di Napoli, beef briskets by Eddies Bistro, gyoza and yakitori by Sushi and More, and nachos, tacos and burritos by Mexiloko. Phew, what a Sunday this is going to be! We can’t wait!
Date: 2nd November, 2014.
Pricing: Rs.1500 (including a litre or four glasses of beer), Rs.2000 (including 2 litres or 8 glasses of beer) and an additional charge of Rs.150 per additional glass of beer.
Address: Wodehouse Gymkhana, Maharshi Karve Road, Nariman Point, Mumbai.