Living in a city like Mumbai albeit thrilling can also be a fair bit maddening. The mundane hustle and bustle of daily life doesn’t allow much time for the more significant things in life leaving one stuck in a rut of the ‘same old’. So this week in Mumbai in order to break the cycle of the usual, we dedicate especially to ‘firsts’. Go watch the expertly-performed Swan Lake being screened in 3D for the first in India or go watch a heart-warming Portuguese movie about a young girl also experiencing many ‘firsts’. Set the stage on fire with your first Karaoke experience at Tilt All Day or browse through your first exclusively monochromatic art exhibit at The Loft. Whatever you choose to do this week, make sure it’s memorable and more importantly, a first. 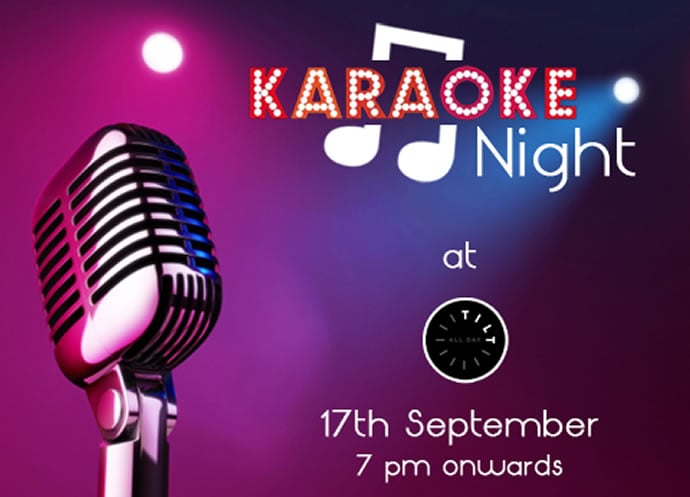 Karaoke at Tilt All Day
Let’s face it, there is something about a night of Karaoke that just sets are pulse racing. Just the thrill of getting up on stage and crooning all night to your favourite songs (after an abnormally large number of cocktails, of course) is enough to send us into a tizzy. If you love being the centre of attention too then get your gang together and head on over to Tilt All Day for their first ever Karaoke night. Hosting the event will be well-known Karaoke Jockey, Savio D’Sa. Regarded as the “Karaoke King”, “Unchallenged Overlord Of Karaoke” and “India’s Best KJ” his presence is sure to ensure a happening night. If possible, go earlier for the eatery’s “Tilted Hours” which begins from 5pm and binge on cocktails like Long Island Ice Tea, Sangria, Tilted Punch, Mojitos, Margaritas, Whiskey Sour at the price of Rs.999.
Date: 17th September, 2014.
Time: 7pm to 11pm
Address: Trade View, Oasis Complex, Kamala Mills Compound, PB Marg, Lower Parel, Mumbai 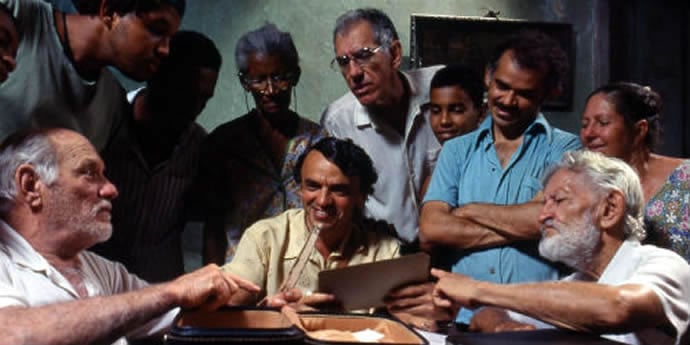 Brazilian Films by Women Directors
The NCPA will be screening poignant Brazilian films by women directors this weekend. While the entire line up boasts of exciting slice of life films making each of them worth a watch, two in particular caught our fancy – The Storytellers, which is a lovely Portuguese film revolving around a quickly disappearing village, Javé and the locals efforts to save it, and a charming little coming of age film titled Untangle which explores the many changes and ‘first times’ of the pretty 16 year old protagonist.
Date: 19th September, 2014 – Storytellers, 20th September, 2014 – Untangle.
Time: 9pm – Storytellers, 4:30pm – Untangle.
Pricing: Free.
Address: NCPA, NCPA Marg, Nariman Point, Mumbai.

ALSO READ -   This Week In Mumbai – Catch Gary Lawyer’s live tribute to The Doors, go shopping at Ensemble and Le Mill, and much more

Older. Angrier. Hairier. – Radhika Vaz
New York based comedian, Radhika Vaz is back with a bang. Armed with a whole new roster of jokes and her irreverent wit, Vaz’s new show ‘Older. Angrier. Harier.’ will focus on the pitfalls of being a 40 year old woman who doesn’t want kids, battles with an unhealthy obsession for housework and of course, is ageing. We love the way the talented comedian tackles life’s otherwise complicated issues with such little regard and so much humour – The Daily Beast even called her, “a socially relevant commentator who will unapologetically mock conventional wisdom,” spot on, we say.
Date: 20th September, 2014.
Time: 8pm.
Pricing: Rs.300 to Rs.500
Address: Saint Andrew’s College of Arts, Science and Commerce, Saint Dominic Road, Bandra West Mumbai. 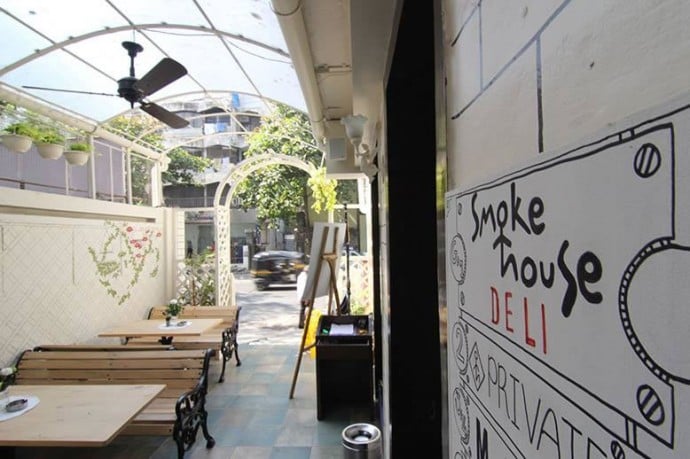 Oktoberfest at Smoke House Deli
If beer and bratwurst is your idea of a match made in heaven then head on over to Smoke House Deli, pronto. Celebrating Oktoberfest in true German style, the deli will serve wholesome, hearty classics such as Meat Loaf with Warm Bread and Pickled Vegetables, Roast Ox Tongue Toasties with Emmenthal, Chicken Braised in Beer with a Mustard and Tarragon Veloute, and Grilled Lamb Leg with Mushy Peas. If the decadent menu isn’t enough to tempt you (as if) a fine selection of golden, delicious German brews (lagers, stouts and ales) will also be on offer – think Estrella Garcia, Shepherd Double Stout, Erdinger Weisse, Amigo and Schneider Weisse. We positively can’t wait to be sent into an Oktoberfest coma.
Date: Until the 15th of October, 2014.
Time: 1 pm to 11.45 pm for food and 1 pm to 1 am for beers.
Address: Smoke House Deli, Pali, 320 Madhu Milan Building,B R Ambedkar Rd, Bandra West, Mumbai.

ALSO READ -   This Week In Mumbai: Learn how to make mithai, catch a comical play and more 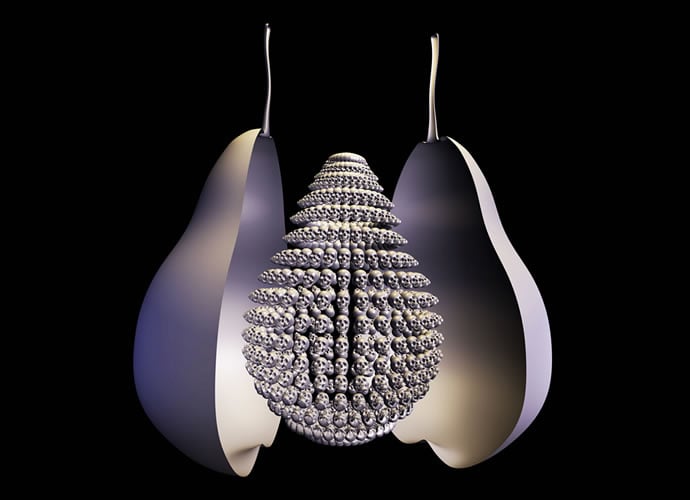 Noir/Blanc – Art Exhibition
The Loft at Lower Parel is the place to be for some much-needed mid-week artistic inspiration. Housing amalgamation of exquisite art works – drawings, paintings, photographs in black and white, the exhibit is a nod to the eternal appeal of the monochrome. Amongst the artists that are being showcased at the exhibit are well-known names such as Akbar Padamsee, Anju Dodiya, FN Souza, MF Husain, Manjit Bawa, S H Raza and Venus Sanghvi. A must visit for art connoisseurs and collectors alike.
Date: Until the 30th of September, 2014.
Time: 11:00am, daily.
Address: The Loft, New Mahalaxmi Silk Mills, Mathuradas Mills Compound, Tulsi Pipe Road, Lower Parel , Mumbai. 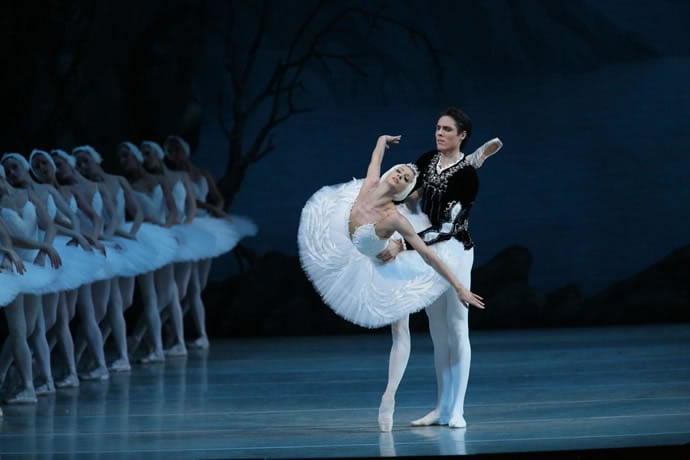 Swan Lake 3D (Ballet)
Director Matthew Bourne’s unique re-interpretation of Swan Lake is a sight to behold. Dazzling the dance industry with its superlative dance moves, the modern day classic boasts of an entirely male dance troupe and includes stellar performances by Richard Winsor ( as the lead) and Nina Goldman (as The Queen). The 3D version of the multiple award-winning play – more than 30 international theatre awards including three Tonys and an Olivier will now be screened in Mumbai, for the first time ever. One of the longest running ballets in the West End and on Broadway, the visual masterpiece is not to be missed by drama enthusiasts.
Date: 21st September, 2014.
Time: 7pm.
Pricing: Rs.500.
Address: PVR – Phoenix, Highstreet Phoenix Mall, 462, Senapati Bapat Marg, Lower Parel Mumbai.