“A team of chefs spending 20 months, in 20 different countries, building 20 very different restaurants out of what we discover. Currently #5 Mumbai” read the One Star House Party Instagram. This writer paid them a visit on opening night after days of anticipation. 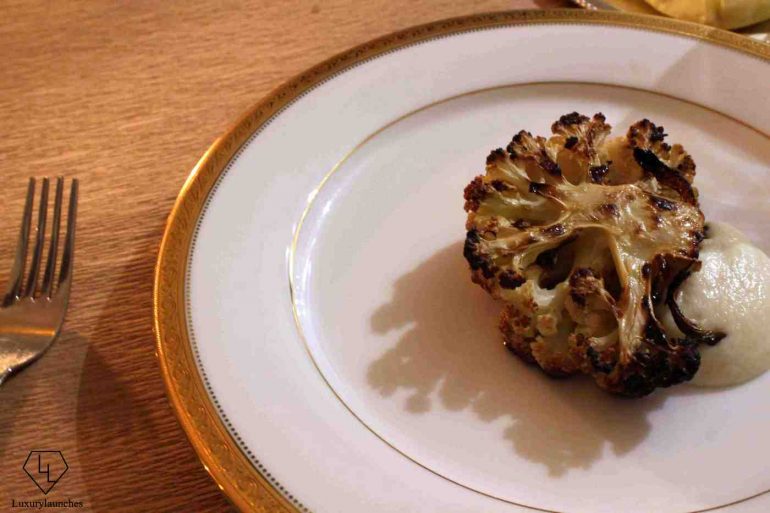 Now serving Muscat, peeps from the very thrilling ‘One Star House Party’ were down in Mumbai last month but not before first cooking their way through the Everest Base Camp. If you’re wondering what that’s like, we can tell you secondhand, a snowstorm was involved. As were tents, sherpas carrying giant tables and cooking equipment, and everyone returned safe and bellyful. English chef James Sharman – who has previously cooked in the prestigious NOMA kitchen – along with four friends came up with the idea of the travelling restaurant. And after successful stints in Airbnbs in both New York and San Fran, they embarked on their culinary trail that began in Beijing.

In Mumbai, they were all set up inside the Pratiksha bungalow in Juhu for the week-long pop-up – there was some speculation in local media on whether Amitabh Bachchan might make an appearance what with it being his Pratiksha. He didn’t and it wasn’t, totally different Pratiksha; the interiors of the makeshift restaurant were visibly worn out for a Bollywood megastar’s taste. Our lovely hostess and the group’s managing partner Trisha shared by way of introduction that the chefs collectively discover produce and study ingredients in each location before preparing a menu of the local cuisine with their unique perspective and presentation.

We chose a table right where the action was, across from the prep station. Besides regaling us with tales of Everest or Vietnam (one of their earlier stops) between courses, the team took turns explaining the preparation and at times even conception of each dish. The menu included but wasn’t limited to a deconstructed ‘palak paneer’ amuse bouche with curry leaf – very Punjab meets Marathi bai, in a good way – a salad made with fresh chickpeas, extra-hung yoghurt, mustard leaves and mint oil that was as delightful as it sounds, and a strawberry roasted in the citrus they could get their hands on with a Mochi-esque coconut-rice paste accompaniment.

While those were the highlights, the dinner also saw some low points in the carrot course for instance. Split and cooked overnight in the oven with cashew nut, carrot juice and cumin, and served with a ghee-cashew paste spread to slather on at will this was very reminiscent of carrot ‘halwa’ when it wasn’t intended as a dessert course. Perhaps some rock salt and lemon could’ve averted that. The wheat risotto in masala sauce with burnt eggplant and picked okra was another, shall we say, “experiment”. And not a successful one (although the accompanying lamb with a caramelized tomato glaze was among the best we’ve ever had.) There were as many hits as there were misses, although we will reward them full marks for ingenuity and BYOB. 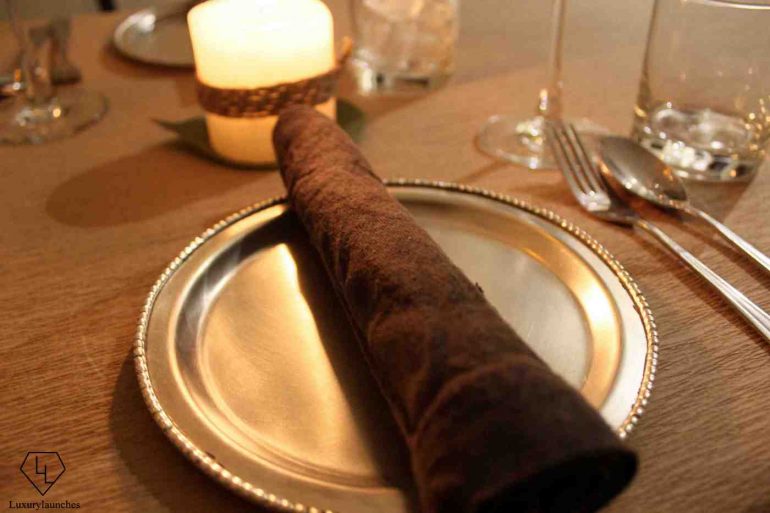 The One Star House Party dinner was priced at USD120.