You usually watch the Oscars for some celebrity moments, red carpet fashion and inspiring speeches. This year however, you might find yourself more captivated by the stage than the actors on it. To celebrate the 90th anniversary of the iconic Academy Awards, scenic designer Derek McLane was roped in to create a memorable stage for the artists of the evening. 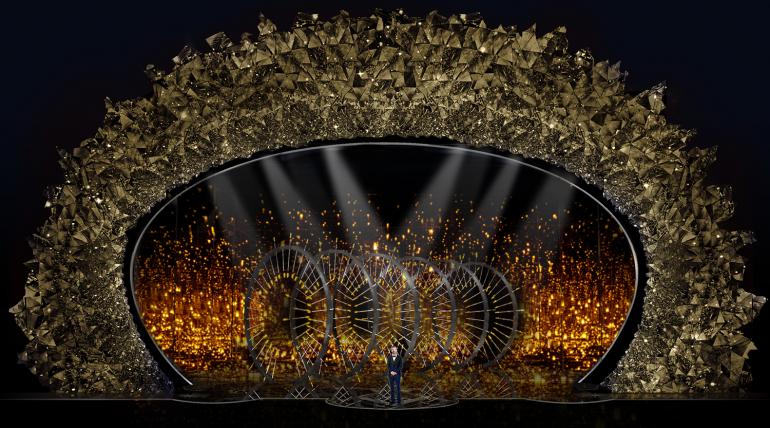 Inspired by light and reflections, the designer chose to redesign the archway in front of the curtain adding 45 million Swarovski crystals to create a truly stunning backdrop. Drawing elements of Hollywood Regency and even Egyptian Deco, McLane added mirrored arches, crystal chandeliers and other details. 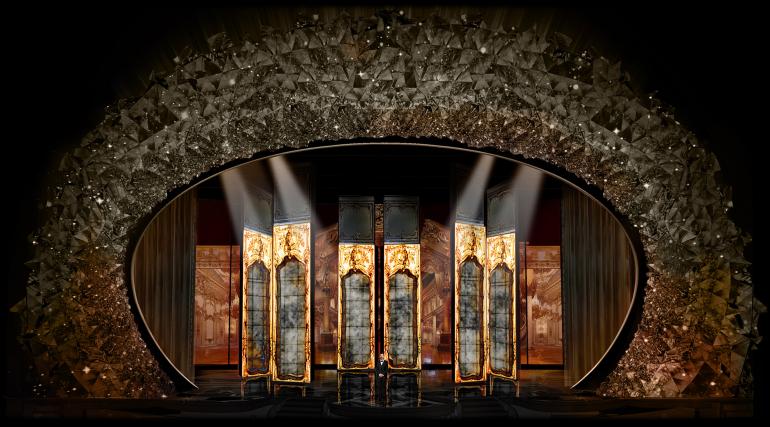 A big part of the stage is the giant LED screen, this screen will feature digital projections inspired by McLane’s sketches and designs for the stage. The TV audience will see projections that will have a three-dimensional quality and a more realistic look. McLane is not new to stage décor at all. He has won a Tony and an Emmy award for his work and will be designing the Oscars stage for the sixth year in a row. 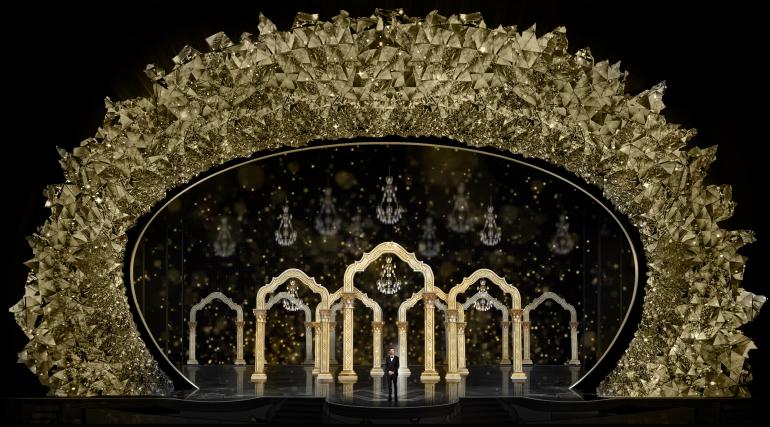 Tags from the story
Oscars, Swarovski