Those interested in all things history, here’s a chance to own one of the most phenomenal documents ever to be produced! We’re talking about a 54-page autograph manuscript written by Albert Einstein and Michele Besso that is all set to be auctioned by Christie’s. Yes, that’s right! 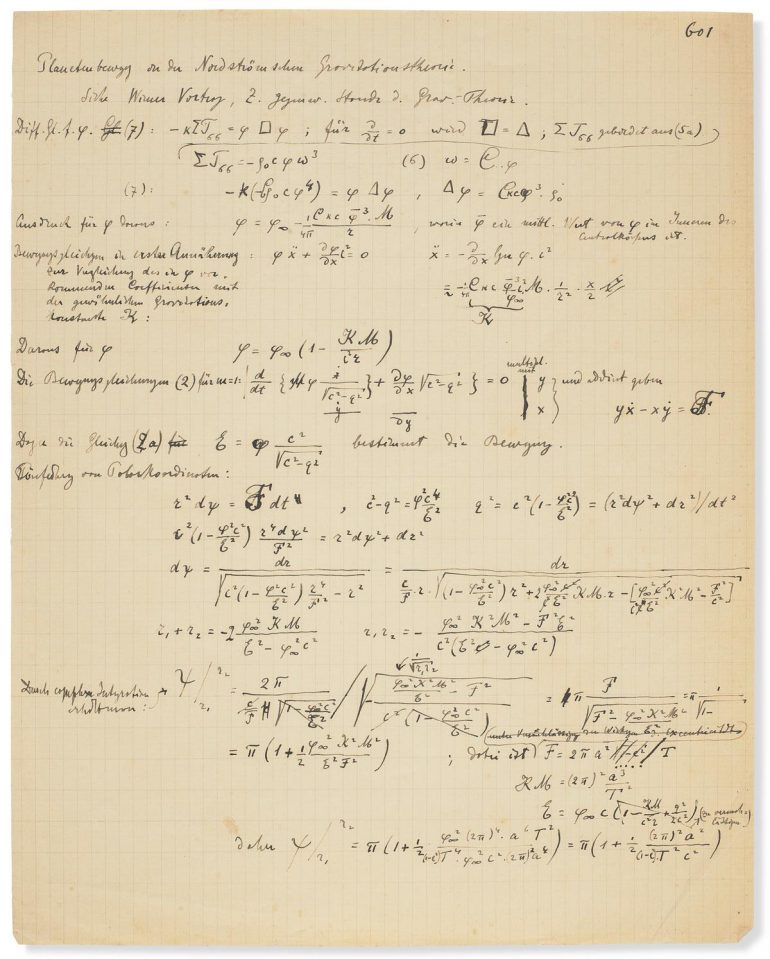 Documented anywhere between June 1913 and early 1914, the manuscript marks a crucial stage in the development of the theory of general relativity, which reshaped the modern understanding of how the universe works. 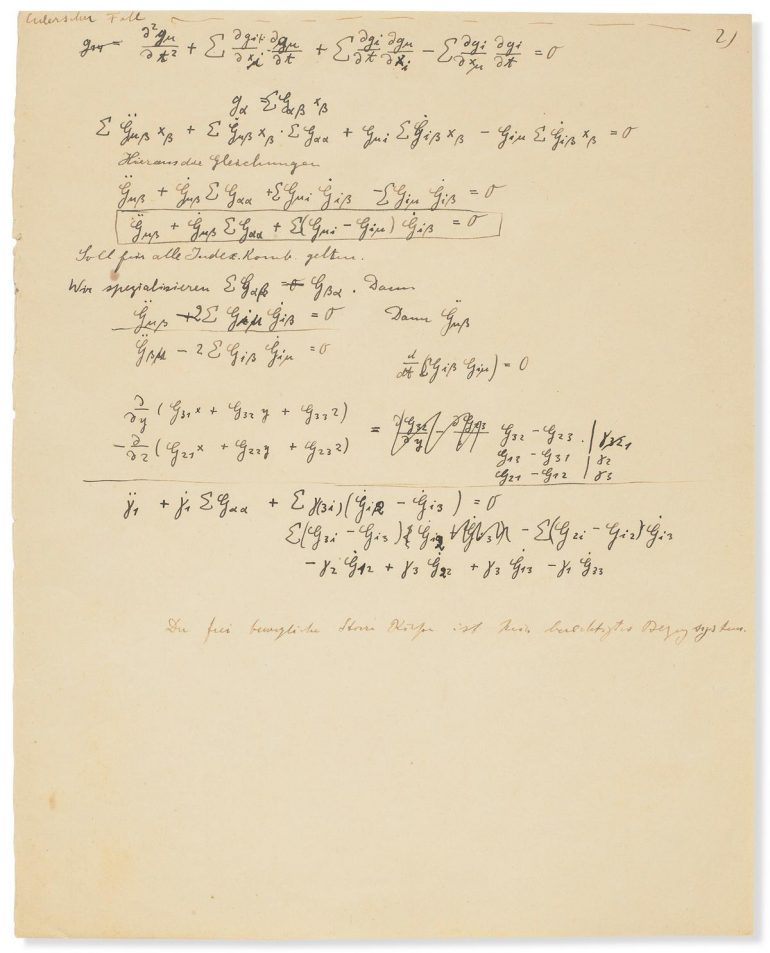 Commenting on it, Adrien Legendre, Director of the Books and Manuscripts Department, commented: “We are delighted that Christie’s will be able to promote this extraordinary manuscript to its international network of collectors for our Exceptional Sale. Einstein’s autographs from this period, and more generally from before 1919, are extremely rare.” 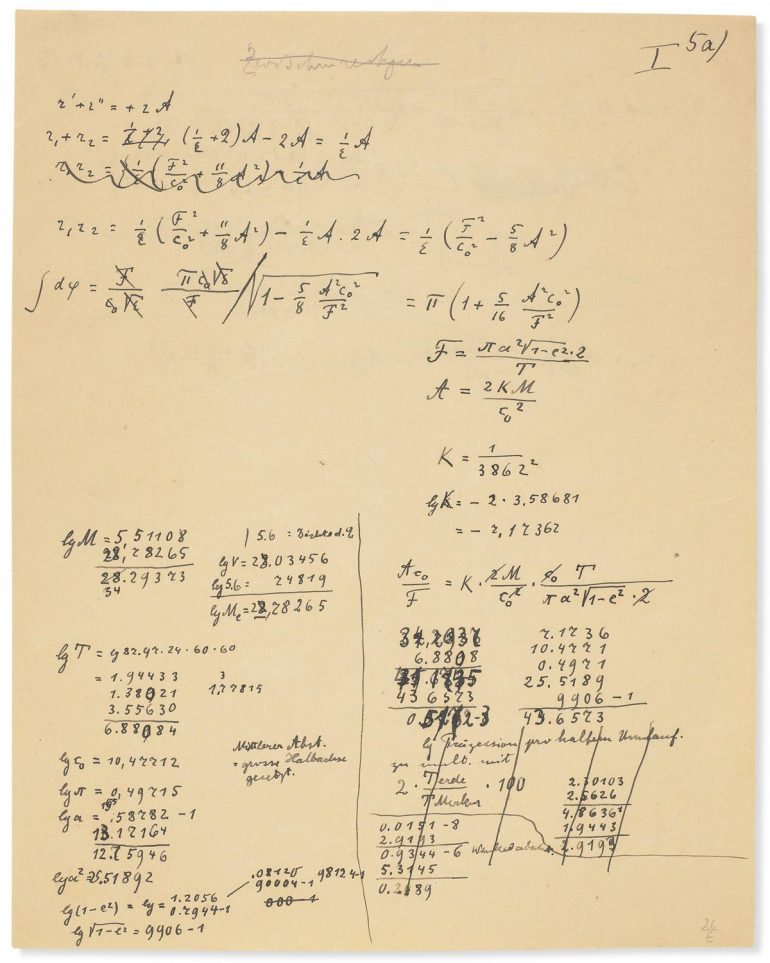 He further added, “As one of only two surviving manuscripts documenting the genesis of the General Theory (along with the so-called Zurich notebook from late 1912/early 1913 – now in the Einstein Archive at the Hebrew University in Jerusalem), it provides a remarkable insight into Einstein’s work and a fascinating dive into the mind of the greatest scientist of the 20th century.” 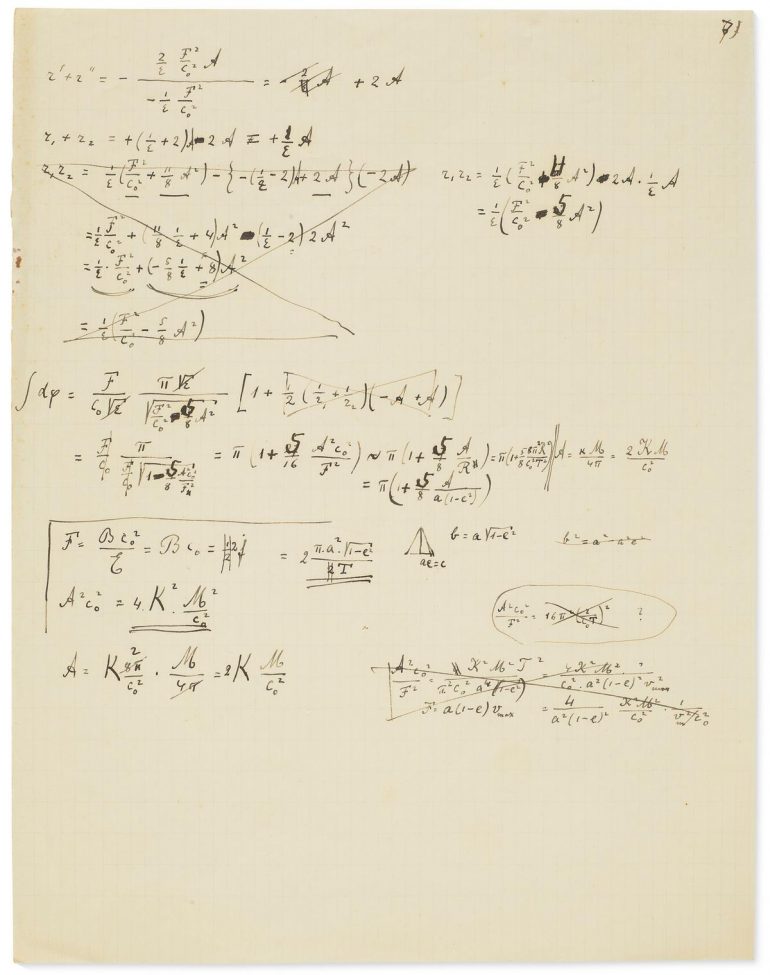 In addition to being the most valuable Einstein manuscript ever offered at auction, the document also marks Einstein’s relationship with Michele Besso, a Swiss engineer, and his lifelong friend. Together the two had attempted to tackle one of the problems that the scientific community had been struggling with for decades: the anomaly in the orbit of the planet Mercury before going their own separate ways in research. 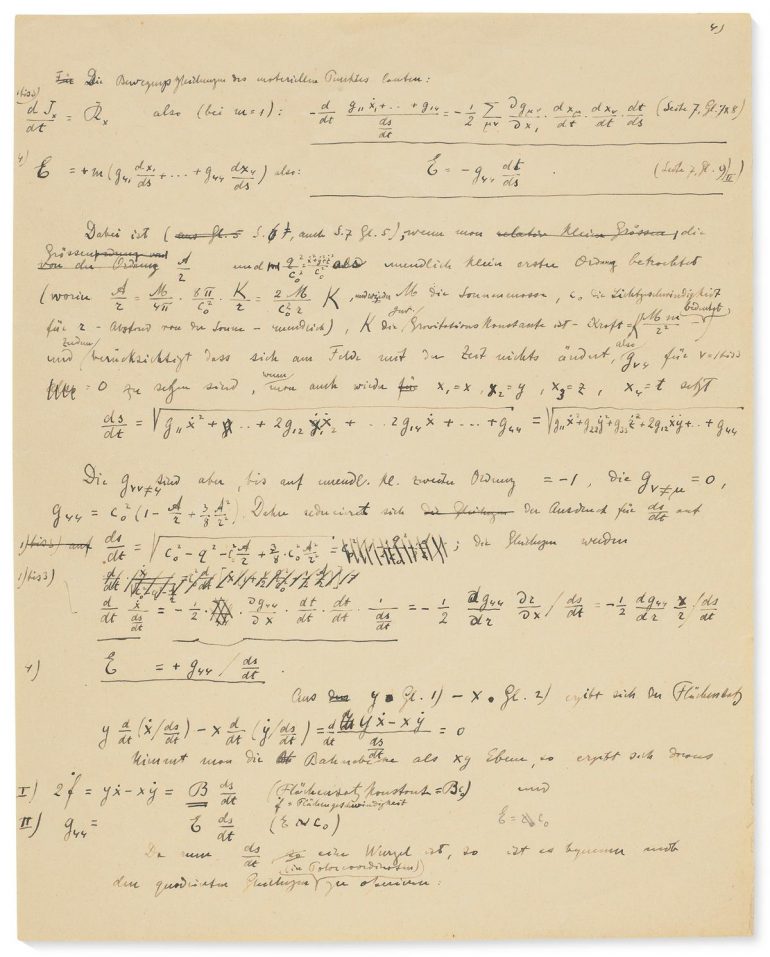 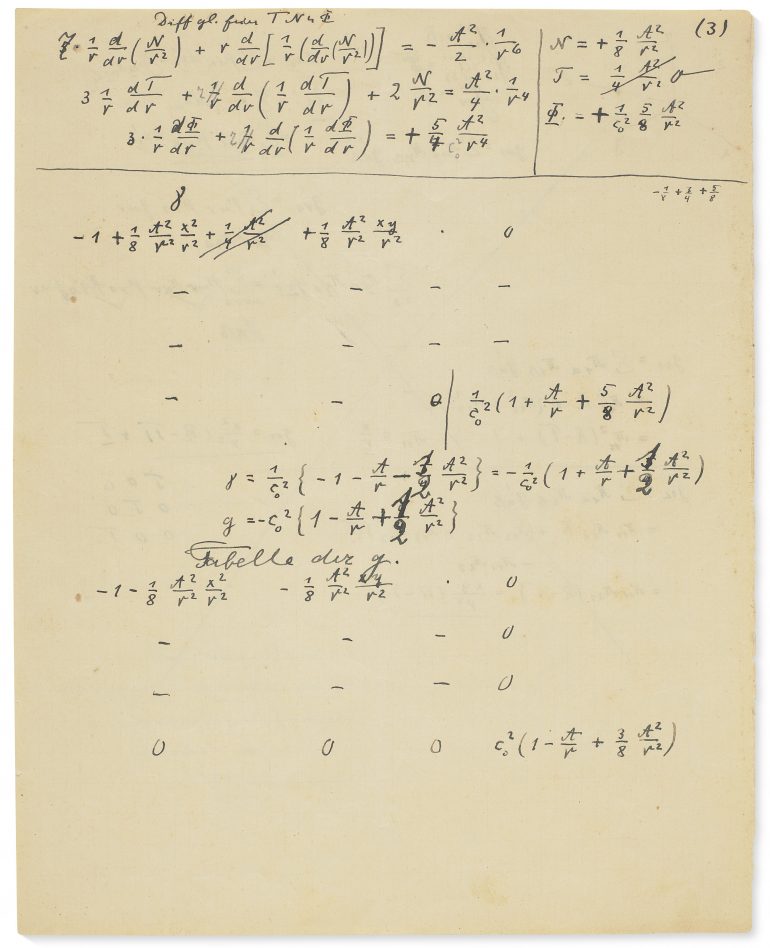 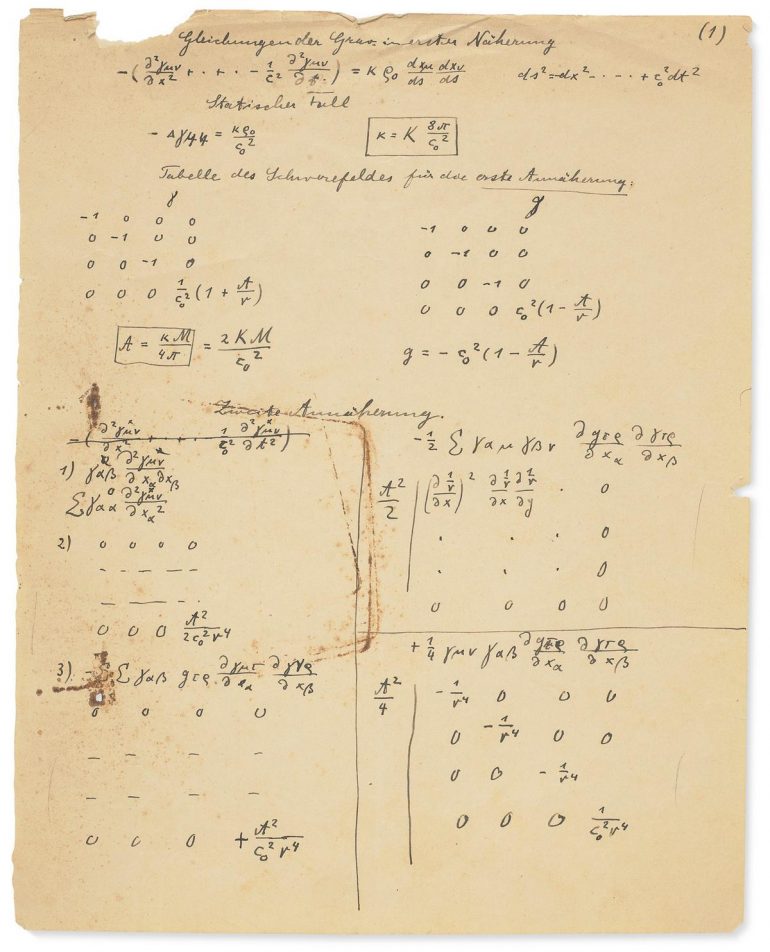